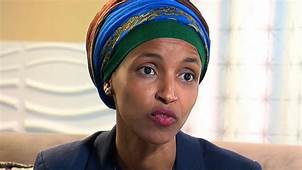 This was the year that was a veritable roller coaster from beginning to end, especially while living in America, almost indistinguishable from the republic that existed pre-January 2017. Don’t know how good Trump is for the national health. Hopefully, Obamacare survives so that millions of deserving Americans can get the medical attention needed for the stress endured during two chaotic years of the Trump era. During that time, America has alienated its friends and allies and has befriended long-standing enemies like Russia and North Korea. The Trump tweets and policies have wreaked havoc with the 2018 American stock market. The NY Times reports: “Stocks continued marching toward their largest December declines since the 1930s with the S&P 500 closing down 2.7% on 12/24.” The US trade policies, especially tariffs, have had devastating effects throughout the globe. Shutting the government down while standing his ground with Congress for a $5 billion wall on the US Southern border is an exercise in futility. The erosion of civil rights and human rights for Americans of color is unrivaled during AG Sessions’ watch. Trump cabinet and White House West Wing personnel turnover count is innumerable in multiplicity. Wasn’t Trump supposed to clean the federal government swamp? He has abused power, ignored the constitution and corruption runs rampant in US domestic and foreign policy. There is light at the end of the tunnel for our collective despair. Hope, in its manifestation of the Democratic Congress, convenes next month.

The Democrats will hold the majority reins of the House of Representatives, assuring, to some extent, a return to the balance of power between the Legislative and the Executive branch of American government. They can order investigations of the blatant corruption extant under President Trump. Those investigations, coupled with the Mueller’s Special Counsel investigation, could actually trump Trump, whose end could be imminent.

Women will be “front and center” of the 116th Session of Congress, comprising African-Americans, Latinos, a Native American and Muslims, including Palestinian-American Rashida Tlaib, from Detroit and Somali-American Ilhan Omar, of Minnesota, who wants to change House floor rules so that she can wear a hijab, Muslim veil or headscarf, to work.

Elections were stolen from Black candidates for governor, Stacey Abrams in Georgia and Andrew Gillum in Florida. However, they remain popular, fortysomething elected officials who are driven for victories in 2020 and beyond in the Deep South.

Jeff Bezos’ AMAZON is not the only tech giant that takes up residency in NYC. GOOGLE, who has a longtime New York presence, announced that it would expand its local operations. Is New York City the Silicon Valley East? Wonder how many jobs will be allocated to African-Americans, some of the biggest consumers of the IT world. Will these tech giants train, then hire, locals or offer internships? Will they work in concert with local unions, perhaps discuss retraining personnel in tech-intensive jobs? Just common-sense questions that Messrs. Cuomo and de Blasio could ask tech moguls. Read a NY Times story about a Black American Cornell senior on scholarship who does not have enough money to eat after paying a university-mandated insurance plan. He wants to be an entrepreneur. Why hasn’t Cornell arranged for him to attend its Roosevelt Island campus, NYC?

Essence Communications is again a Black-owned business which was bought by Richelieu Dennis, often called “Rich Dennis.” It is “a full-service communications agency specializing in public relations, events and partnerships for food and drink, travel and lifestyle.” Essence is busy enhancing the brand. To that end, it will launch a beauty pageant in 2019 in three cities: New York City, New Orleans, Louisiana and a city to be announced shortly. Moreover, Essence magazine recommends five cities that are must-visits for Black women traveling solo. The cities are Bali, London, US Virgin Islands, Singapore and United Arab Emirates. Essay includes narratives to justify its recommendation.

Theater is a great holiday culture outlet. On Broadway, there is “AMERICAN SON,” starring Kerry Washington, about an interracial couple at a police station in the South awaiting word about their missing teenage son. “TO KILL A MOCKINGBIRD,” a novel published in the 1960s then translated into a feature film, enjoys a new incarnation as a drama on Broadway. Headed by Jeff Daniels, the play is set in the American South in the 30s and focuses on a white attorney who defends a Black man falsely accused of raping a white woman. Jeff Daniels portrays the lawyer. LaTanya Richardson Jackson portrays a maid in a supporting role, which critics predict will attract Tony nominations. Reviews have been stellar……… “ONCE ON THIS ISLAND,” a Broadway musical, an ill-fated love story set on a Haiti-like Caribbean island, won the 2018 Tony for Best Musical Revival……. “LION KING,” a Broadway musical, is a theater staple set in Africa with a young lion prince who is destined to be king. It is theater magic, ingenuity with all the right sensory flourishes, great for children of all ages.