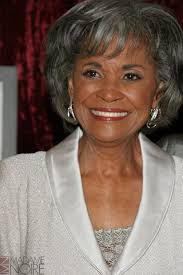 Mayor de Blasio attacks peace officers who were suspended for the misfortunes visited upon Brooklyn single mom Jazmine Headley, 23, at the HRA Boerum Hill Medicaid Office in Brooklyn on Friday, December 7. He has apologized to Ms. Headley, but not taken any action nor reprimanded the NYPD for its involvement. The police and the peace officers were out of control. There has to be a change in NYPD culture concerning Black people. As reported here last week, a Black woman was manacled by the NYPD during her childbirth in the Bronx earlier this year. The NYPD overrode the doctor’s argument about handcuffs being illegal. Jane Doe is suing NYC for her experience. Ms. Headley also plans to sue the city. Both women will likely get handsome cash awards. Cash does not solve the problem of an errant police department which frequently operates above the law while Mayor de Blasio is impotent in his ability to effect change in NYPD/Black interactions.

The following is a narrative about the Madam CJ Walker legacy. MadamWalker, the Black entrepreneur best known for the manufacture and distribution of hair care products for Black women, amassed a fortune, becoming the first American woman self-made millionaire. She bought the 34-room mansion, Villa Lewaro, in Irvington, NY in 1918. When she died, she left the estate to a Black organization strapped for cash, which sold it. Decades and many title searches late,r a Black couple, Helena and Ambassador Harold Doley, bought and resided in the villa for more than 25 years.

Remember African-American Channing Dungey, former head of the ABC-TV entertainment division who fired Roseanne Barr for untoward comments this year? She resigned last month. Ms. Dungey now joins Netflix, the streaming company with the huge worldwide membership. It’s all over the global media landscape in TV, films; she’ll have an executive position as vice president for original content and be reunited at Netflix with ABC success stars like Shonda Rhimes, creator of Grey’s Anatomy and Scandal, and Kenya Barris, creator of Black-ish. The Disney Corporation closes on the acquisition of the 21st Century Fox Corporation next year. Dungey, as other ABC-TV executives, would have had to defer to 21st Century Fox executives after the merger.

RIP: Beloved Harlemite Wilfred Defour, 100, a Tuskegee Airman, passed last week. A “Greatest Generation” man to be sure, he was featured prominently in print and electronic media last month during the ceremony renaming a US Post Office in honor of the heroic Tuskegee Airmen, the first Black US military aviators who fought during WWII. Viewing: Benta’s Funeral Home, 630 St. Nicholas Avenue on 12/20, 4-8 pm. Funeral: St Phillips Episcopal Church, 210 West 134th Street, Harlem on 12/21 at 11:30 am, then on to Woodlawn Cemetery.

Song stylist Nancy Wilson, 81, passed last week. The fabled Wilson career spanned five decades, peaked in the 60s, when she was first lady of song and TV. She was an adept vocalist in jazz, pop, Broadway, R&B torch songs. Dinah Washington and Nat King Cole were her muses. A three-time Grammy winner, she also garnered an Emmy for her eponymous TV show. Wilson toured extensively and recorded more than 70 LPs. Song titles like, “Face It Girl, It’s Over” and “Guess Who I Saw Today” are synonymous with the Wilson magic. She was named a Jazz Master by the National Endowment of the Arts.

The Harlem Business Alliance is on to something real big with its Holiday Gift Guide 2018 Edition which includes 38 gifts – one for each of the HBA anniversaries. The guide is a feast of shoppers’ treasures. All vendors are Black and their brick-and-mortar businesses are Harlem-based. There are HARLEM EATS: Belle Harlem Restaurant, Cupcake Queen Rave, Harlem Chocolate Factory, Granapoos Creations, Sugar Hill Beer and Harlem Hydration. The SNACK vendors are: Sol Cacao Chocolatier, Mama Pops, Mere Violas and Ida Preserves. Boutiques are ubiquitous like Princess Jenkins’ The Brownstone, NiLu and Ruth Nathan’s. More cerebral gift-givers would be disposed to Seul Luxe, 125th Street Collection and Ardent Cannabis Harlem. [Visit HBANY.org]

A new show, Circus Abyssinia/Ethiopian Dreams, will be ongoing through December 30 at the New Victory Theater, located at 209 West 42nd Street, Manhattan. A family-friendly entertainment, the circus is the brainchild of two Ethiopian brothers. It seems to have originated in England. [Visit newvictory.org or call 646.223.3010]

A Harlem-based management consultant, Victoria can be reached at   Victoria.horsford@gmail.com.