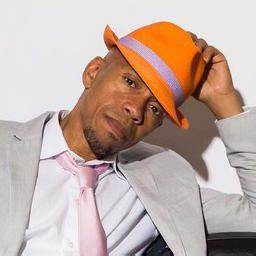 Read the good news: “The AME Church and Black Banks Launch Partnership for Black Wealth,” published in TriceEdneyWire.com.   The African Methodist Episcopalian (AME) Bishop Reginald T. Jackson recently announced the initiative with 19 Black bank presidents in the USA. He said, “This initiative will strengthen Black banks across the USA and increase their capacity to lend to small businesses, to secure mortgages, to provide personal lines of credit to offer other forms of credit to Black America.”   Partnership goals are to increase deposits and loans with Black banks, increase Black homeownership and to grow the number of Black businesses from 2.5 million to 4 million and to raise total gross receipts from $75,000 to $150,000. [Check the AME website]

The Harlem Business Alliance’s entrepreneur initiative, the LILLIAN PROJECT, begins its 5th session next month. The LILLIAN PROJECT is a 16-week business intensive for young NYC Black women who want to become entrepreneurs. The W.K. Kellogg Foundation is the initiative’s major sponsor.  Application deadline is July 27. Orientation is August 5 and 7. [Visit thelillianproject.org or hbanyc.org]

The Sunday 10/25/17 NY Times Business section included a cover essay, “HOW TO GET POWER-Get Organized” by Kate Kelly, was a fascinating piece about Black elites and laser-focused plans for greater political power. Their plan calls for the creation of three structures: 1) a super PAC, 2) a federal PAC to support candidates and 3) a 501©4 group, a social welfare nonprofit that will do a mix of the two. Black millionaires like Charles Phillips (Infor), Tony Coles (Yumanity Therapeutics), Raymond McGuire (Citigroup), Adebayo (Goldman Sachs) and Kenneth Chenault were some of the names dropped as prime movers of the POWER plan. The elites reached out to Sherrilyn Ifill, NAACP Legal Defense and Education Fund, Black local and national elected officials like GOP US Senator Tim Scott (SC) and Congressman James Clyburn (SC). What happened to that political POWER elite group?

THEATER: ON KENTUCKY AVENUE: A Celebration of Atlantic City’s famous Club Harlem, a magnet for all great Black talent in the 50s and 60s in the pre-Atlantic City casino era, is back at the CCNY Aaron Davis Hall on Convent Avenue at 135th Street in Harlem from July 12-28. “On Kentucky Avenue,” starring Ty Stephens, is a musical like no other, set in Club Harlem, which was known as the “Black Copacabana,” that titillates all of the senses. Created by Jeree Wade and directed by Lee Summer, ON KENTUCKY AVENUE is a musical tour de force.  [Visit citycollegecenterforthearts.org]

The AFRO-LATINO FESTIVAL of music, film, discussions, food and arts and crafts vendors, in association with the City Parks Foundation and SUMMERSTAGE, is a citywide event from July 13-15. The Schomburg Center hosts Afro-Latino Talks: Identity and Beyond on 7/13, 10-5pm which includes curated panels and workshops. The 7/15 music concert in Brooklyn at The Well, 271 Meserole Street, will include performers from Puerto Rico, Dominican Republic, Colombia and Haiti. [Visit Afrolatinofestivalnyc.com]

The Harlem Book Fair date is July 21st from 10am to 6pm on 135th Street between Lenox and Seventh Avenues. [Visit harlembookfair.com]

African-American Malcolm Nances’ book, “The Plot to Destroy America: How Putin and His Spies are Undermining America and the West,” debuted at #9 on the 7/8 NY Times Books best-seller list. A former US intelligence officer, Nance describes the tools and techniques employed by the Putin posse to affect the 2016 US Presidential elections.

Attend the celebration for publication of a new book entitled, “Elombe Brath Selected Writings and Essays,” edited by Herb Boyd at the CEMOTAP CENTER on Saturday, July 14th at 135-05 Rockaway Boulevard in South Ozone Park, Queens.

Martha’s Vineyard, The Renaissance House Retreat for Writers and Artists in Martha’s Vineyard, MA, begins its 2018 season soon.   Founded by Abigail McGrath and sponsored by the Helen Johnson and Dorothy West Foundation in Oaks Bluff, The Renaissance House Retreat is a haven for writers of color and writers of social justice for a fee.  The retreats are weekly with the first session beginning on Sunday, July 22 and will continue every Sunday until September 23rd. The program includes workshops, trips, classes and talks by local literary lions such as Jessica Harris and Jill Nelson.   McGrath’s life was the inspiration for her aunt Dorothy West’s novel, “The Wedding,” a story about class and interracial love on the Vineyard, which was later adapted into a feature film starring Halle Berry. [Visit renaissance-house-harlem.com or call 917.747.0367]

Dr. Sir Prince Ramsey is an Antiguan family physician who played a pivotal role in advocating for HIV patients at the height of the AIDS crisis in the 80s and who pioneered HIV services for pregnant women in the Caribbean region. He was the recipient of the 2018 UN Population Award at a ceremony held at UN Headquarters in NY last month.

The UNCF “A Mind is” Hamptons Summer Benefit will be held on Saturday, August 18 at the Silberkleit Residence in East Hampton. This UNCF Hamptons Summer Benefit honorees are Dr. Johnetta B. Cole, former president of Spelman and Bennett Colleges, former Director of the Smithsonian National Museum of African Art, and entrepreneur Ed Lewis, Essence magazine co-founder. The UNCF Sunday Brunch will be held on August 19 at the Bay Kitchen Bar, East Hampton. [Visit UNCF.org/NYHamptons] Founded in 1944, the United Negro College Fund (UNCF) is the nation’s largest and most effective minority education organization.