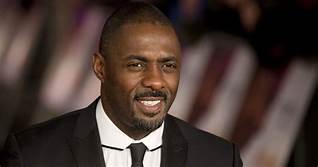 THE YEAR IN POLITICS

According to the Democratic Senatorial Campaign Committee, recent polls have been encouraging. In Florida, Democrat Bill Nelson is trailing archconservative Governor Rick Scott by two points. In Texas, Democrat US Senatorial hopeful Beto O’Rourke is within a margin of error to defeat incumbent Senator Ted Cruz, a recipient of the Koch Brothers support and ducats. In Arizona, Democrat US Senate hopeful Kyrsten Senema is ahead of her GOP rivals.

There is a new sheriff in town and it’s a Black woman!   London Breed is the newly elected mayor of San Francisco, a first for a Black woman in that city.  She served as acting mayor after the SF mayor died last year, but she was later ousted, some say because of racism.   San Francisco is the largest American city with a female mayor.   Blacks represent less than 5% of the SF population.

Former Nevada Democratic Congressman Steven Horsford (2013-2015) is back into electoral politics, running for his old seat. He promised to “stand up to the reckless agenda of Donald Trump.”

For those interested in keeping their finger on the pulse of Democratic Party politics, I recommend reading the 6/25 New York magazine cover story,

“Barack Obama, WHERE ARE YOU?” by Gabriel DeBenedetti, which begs as many questions as it answers.  While not engaged in midterm elections yet, Obama is interested in one battle, saving Obamacare. Obama maintains an uncomfortable distance from the Democratic Party, unlike Clinton when he left the White House. These are different times.   Essay concludes, “Obama’s relationship with his own party is complicated.”   Three Obama friends are considering a 2020 presidential run: former VP Joe Biden, former Massachusetts Governor Duval Patrick and former US Attorney General Eric Holder.   However, the National Redistricting Committee, a Eric Holder creation, is one avenue of Obama’s engagement with Democrats.

Congratulations are in order for all NY graduates outside the Wadleigh Scholars orbit.   They include: Ms. Dyllan McKenzie who graduated from the Cathedral Lower School; Lawrenceville HS senior Elijah Kaul-Emit Thiam graduated and will attend Middlebury College in Vermont as a physics major; Celestial Wills-Jackson earned a Ph.D. in education from the University of Central Florida; Shellie R. Simon earned a BS in criminal justice at John Jay College; and Elmont Memorial HS senior Jaylin Miller graduated and will attend Utica College.

According to a Harvard magazine story, Khalil Muhammad started working on his second book, tentatively titled “ERASURE, The Decriminalization of White America,” which is a sequel to his seminal work, “The Condemnation of Blackness: Race, Crime and the Making of Modern Urban America.” Former Schomburg Center Director, Dr. Muhammad is a History, Race and Public Policy Professor at Harvard’s Kennedy School. “CONDEMNATION OF BLACKNESS” was published in 2010, three months after publication of “THE NEW JIM CROW: Mass Incarceration in the Age of Color-blindness,” a book by Michelle Alexander, a civil rights litigator and Ohio State University Law Professor. “The New Jim Crow,” according to Fortune and Forbes, is a must-read tome for many Corporate America CEOs.    Book argues that Jim Crow was replaced by mass incarceration of American Black and Brown people. Professor Alexander joins the NY Times as an op-ed columnist in September.

Anika Noni Rose stars in the title role of “Carmen Jones” at the Classic Stage Company, 136 East 13th Street, Manhattan, for a limited engagement from June 30 to July 29. Using the score by George Bizet’s opera “CARMEN,” this Oscar Hammerstein adaptation resets the story about a free-spirited woman and her tempestuous love life, with an entire African-American cast directed by John Doyle and choreographed by Bill T. Jones. This is the play’s first NY revival since its debut on Broadway 75 years ago. For more info, call 917.334.6492.

The Jazzmobile Summerfest 2018 tentacles are far-reaching, and it arrives in Brooklyn on July 14: A BROOKLYN BLOCK PARTY on July 14 at 4 pm with Antoinette Montague on MacDonough Street between Ralph and Patchen Avenues; A Bronx date on July 24 at 7 pm at CO-OP CITY, 140 Benchley Place, featuring the Bobby Sanabria Multi-Verse Big Band. For the 2018 JAZZMOBILE NYC calendar, visit jazzmobile.org.

A Harlem-based management consultant, Victoria can be contacted at Victoria.horsford@gmail.com.