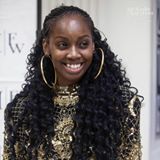 THE USA AND BEYOND

Doug Jones, newly sworn-in US Senator from Alabama, hired a Black Chief of Staff, Dana Gresham, a Washington, DC insider who worked for 8 years in the Obama Administration.   What a difference a major Black turnout makes. Gresham in the only Black Chief of Staff for a Democratic US Senator.

The Legal Defense Fund files lawsuit on behalf of the NAACP and its Haitian members in response to the US Department of Homeland Security’s decision to rescind the Temporary Protective Status (TPS) designation for Haitian immigrants. Lawsuit argues that the “DHS took irrational and discriminatory government action denying Haitian immigrants their right to due process and equal protection under the Fifth Amendment”. It is official, the African Union (AU) Diaspora headquarters will be based in Accompong, Jamaica during the official ceremony to mark the anniversary of the signing of the Peace Treaty between the Accompong Maroons – runaway enslaved Africans – and the British in 1739.   Accompong is a sovereign state inside Jamaica, West Indies. AU Diaspora headquarters opens in February. The AU recognizes the Diaspora as the 6th Region of the Union.

Jesse Jackson’s 21st Annual Wall Street Project Economic Education Summit convenes February 8-9 at the Sheraton NY Times Square Hotel. The Wall Street Project Summit challenges Corporate America to end the multibillion-dollar trade deficit with minority vendors and consumers. [Visit rainbowpushwallstreetproject.org] American Express Chairman/CEO Ken Chenault, 66, retires on February 1. He has been a fixture for years as one of a handful of African-Americans who run Fortune 500 companies. A Harvard Law School graduate, Chenault started working at AMEX in 1981.     Last week, Chenault was named to the FACEBOOK Board of Directors, a first for an African-American. According to the Executive Leadership Council, Black men represent 5.6% of board memberships, and Black women represent 2.2% of the board memberships at Fortune 500 corporations.

INTERNATIONAL AFFAIRS The same US President (Trump) who referenced Haiti and Africa as shitholes sent a 1/25 letter to the AFRICAN UNION which began: “I offer my deepest compliments as you gather in Addis Ababa for the 30th African Union Summit. I salute the leadership of Chairperson Moussa Faki in working to transform the Union into an increasingly effective institution to advance economic prosperity, strengthen peace and security and deliver positive outcomes for Africa and the broader international community. I congratulate His Excellency Paul Kagame on his accession as Chairman of the Assembly……”  He continued, “The US profoundly respects the partnerships and values we share with the AU, member states and citizens across the continent…….”   The Trump people who composed this note to the AU is not the same team who does his bidding.

Trump arrived in Davos for the Economic Summit on 1/25, with the memory of his “shithole nations” potty-mouth remarks fresh on conferees’ minds. African heads of states from South Africa and Zimbabwe were in Davos.    Trump did meet with Rwanda’s Paul Kagame, who heads the AU. Uganda’s President Museveni allowed that Trump is one of America’s best presidents who speaks frankly to Africans.

PIONEERS: Reginald F. Lewis and “The Making of a Billion-Dollar Empire” is a documentary that chronicles the life and legacy of business titan/ philanthropist Reginald Lewis. A Harvard Law School alum, Lewis rose to prominence as a lawyer, venture capitalist and leader of the global food company TLC Beatrice International.  He is the first American to close an overseas billion-dollar leveraged buyout deal, acquiring an unprecedented global conglomerate of 64 companies in 31 countries. Documentary celebrates the 30th Anniversary of Lewis’ $985 million leveraged purchase of TLC Beatrice International. Documentary airs on dates 2/16, WLIW21 at 8 pm; 2/18, THIRTEEN, 7:30 pm; 2/24 NJTV at 7 pm. Available for streaming nationally at thirteen.org after 2/18. [Visit reginaldflewis.com]

Dr. Wayne A. I. Frederick

Read Julani Cobb’s 1/15/18 New Yorker magazine insightful essay, “ANNALS OF EDUCATION under Trump: A Hard Test for Howard University”. Howard, an HBCU, gets 40% of its annual operating budget, $221 million in 2016, from a congressional appropriation; in addition to the Howard board, the faculty, students and the ruling political leadership during any 4-year period. These are perilous times for Howard, its president, Trinidadian-born Wayne A.I. Frederick MD, a Howard alum and a surgeon oncologist.   Students spray-painted a campus wall which reads, “Welcome to the Trump plantation, Overseer: Wayne Frederick”. Cobb walks the reader down history lane and Howard’s origins to emphasize how perilous his course is in keeping Howard’s doors open in the time of Trump.  A really interesting read. This year is the 150th Anniversary of the birth of entrepreneur Madame C.J. Walker, America’s first self-made woman millionaire. The National Trust for Historic Preservation announced plans for a preservation easement for Madam Walker’s Irvington, NY estate, aka Villa Lewaro, which was built in 1918.   This protection status means that the mansion owners cannot make changes to the property that destroys its historical and architectural integrity.  Villa Lewaro’s current owners are Mrs. and Ambassador Harold Doley, an African-American couple who invested in extensive mansion restoration after buying it in the ‘90s. In Indianapolis, where Walker founded her storied business, a $15 million renovation for the upgrades and expansion of the Madame C.J. Walker Legacy Center, begins this year. It was made possible by a Lilly Endowment grant and the center’s partnership with Indiana University-Purdue University. Harlem Fashion Week, the Fall/Winter 2018 edition, uptown’s visual feast, returns with a vengeance on February 2-4 complete with industry bells and whistles.   The HFW Opening Night Charity Gala kicks off at the Renaissance Restaurant. There will be a Designer Meet and Greet and HFW culminates with a uber-glam runway show at the Museum of the City of NY, which includes RTW and couture designed by emerging and renown designers as well as a Malcolm X Legacy Collection, co-created by his six daughters.   Harlem Fashion Week is produced by Yvonne Jewnell NY, LLC. [Visit Harlemfw.com]