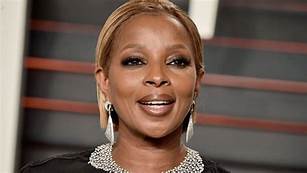 THE US: The US Dow Industrials dropped 1600 points on Monday before closing down by 1175. That was the single largest drop in the market’s history. It wiped out all of the 2018 gains for the Dow and the S&P.  Market was in free fall while President Trump was addressing an audience about his exceptional presidential tenure. Sean Hannity blames President Obama for the recent US stock market reverses. Trump maligns Congressional Democrats who attended his “State of the Union” last week who did not stand to applaud his so-called accomplishments are “treasonous”. He failed to compliment the Black Caucus legislators in attendance who were awash in African kente cloth splendor. His governance style is compared to King George and King Henry VIII.

NY RALLY: And more backlash to Trump’s remarks. #Proud Africans is a coalition of African, Caribbean and African-American activists, human rights and professional organization who will host a protest rally outside of the United Nations at Dag Hammarskjold Plaza on 47th Street, between First and Second Avenues, on February 15 at 11 am “to denounce the recent anti-Africa racist comments by President Donald Trump and to highlight Africa’s past and continuing contributions in the creation of wealth and prosperity in the industrialized West”.   Some of the coalition organizers include the United African Congress; Ron Daniels’ Institute of the Black World 21st Century; Milton Allimadi’s Black Star News; the African Diaspora Coalition for Justice; and Mamadou Niang’s Nextmedia.tv. For more info, call 212.541.4316, e-mail info@nextmedia.tv, Facebook: proudafricansempowerment.

NY STATE:   NYS Governor Andrew Cuomo has a busy year ahead. He faces a reelection ritual, which, heretofore, seemed indifferent to diversity. There was no evidence of African-American input in his campaign until I read about Alphonso David, counsel to the governor and longtime member of his inner circle who will hold forth at the February 14th Crain’s NY Magazine Breakfast Forum at the NY Athletic Club, where he will articulate the Cuomo Administration’s budget legislative priorities and the regulatory goals for 2018.

HARLEM: The Friends of Queens Congressman Gregory Meeks will host a fundraiser to celebrate his 20 years of distinguished service on Monday, February 12th from 6-9 pm at Minton’s Playhouse, located at 206 West 118th Street, Harlem. RSVP necessary. Call 202.403.0606 or e-mailmeeksnycparty@gmail.com.

Charles King, a Howard Law School graduate, is making a lot of things happy for people of color in Hollywood’s film and television cosmos. He arrived in Los Angeles and was determined to be an agent to change the power equation and the stories that would be produced about Blacks. He got a job at William Morris talent agency, starting in the mailroom before becoming the company’s first Black partner/superagent. CNN founder Ted Turner and BET co-founder Bob Johnson are his role models. He learned how hard it is for Blacks to get their stories greenlit in Hollywood. He observed: “People there don’t want to create real change. Many decision-makers think that they have to cast people of color to appease people rather than thinking that it is the smart thing to do,” he tells Bloomberg Business Week. In 2015, he launched Macro Ventures, which finances film and TV projects from nonwhite creators.

FILM: Last week’s NY Times film critics Manohla Dargis and A.O. Scott co-wrote an essay, “28 DAYS, 28 FILMS FOR BLACK HISTORY MONTH”. They list films by white and Black directors, running the gamut from Oscar Micheaux to Sidney Poitier, Julie Dash, Spike Lee and Gordon Parks.   My own list would delete a few of their recommendations. I would add HOODLUM by Bill Duke, a fictional overview of NY crime bosses in the 20s and 30s, focusing on Bumpy Johnson and his interface with Dutch Schultz, Lucky Luciano and Madame Queen. Great insights into the outside ethnic bosses and their spheres of influence uptown in the 20s and 30s; and BIRTH OF A NATION about Nat Turner, a slave who led a rebellion by African-American Nate Parker. Sidney Poitier’s IN THE HEAT OF THE NIGHT is another must-see film, released in 1968, where he slaps a white sheriff in the face.  Films must empower the viewer perspective.

RIP: Rev. Dr. Wyatt T. Walker, 88, died last month.  A co-founder and third executive director of the Southern Christian Leadership Conference, he was a chief strategist to Rev. Dr. Martin Luther King, who helped organize the “March on Washington”. A special assistant to NYS Governor Nelson Rockefeller for 10 years, he spent 37 years at the Canaan Baptist Church in Harlem as senior pastor.    Dr. Walker’s wake and funeral will be held at Gillfield Baptist Church in Petersburg, Virginia on Feb. 16 and 17. A memorial service will be held at Canaan Baptist Church at 132 West 116th Street on March 3.

The 9th edition of the Harlem Fine Arts Show opens February 15 to 18 at the Riverside Church, Harlem, NY. The HFAS theme is the “Healing Power of Art”. An offshoot of the Black Fine Arts Show, HFAS is the nation’s premier fine arts show where Black fine art is available for exhibition and sale. This show reprises its partnership with the Brooklyn Chapter of Delta Sigma Theta sorority.   The 4-day expo showcases visual arts, painting, sculpture, prints by more than 80 fine artists and galleries from the USA to the Caribbean to South Africa, including works by Woodrow Nash, Michael Escoffery, Cary Michael, Leroy Campbell, Kevin Williams and a consortium of 14 South African artists.

The NYS Association of Black and Puerto Rican Legislators convenes the 47th Annual Legislative Conference on February 16-18 at the Albany Marriott Hotel. Its conference theme is “On This Journey there is Still #HOPE”. The power elite weekend boasts a business expo, workshops, power breakfasts and lunches, the Annual Scholarship Dinner Gala, featuring Andrew Young as Guest Speaker, and myriad related events.   The association is composed of NYS elected officials, assemblymen and senators. [Visit NYSABPRL.ORG. or call 518.427.8363]

Education Op: Two scholarships, each spanning 4 years, are available at the Winchendon School in Brooklyn for middle school coed students, which covers 95% of the tuition. Interested students/parents should contact the following ASAP: Marcia Rowe-Reddick at mriddick@csdcnyc.org. or Sean Duncan at sduncan@winchendon.org.

One of the many NY Frederick Douglass Bicentennial events will be held  at Medgar Evers College in Brooklyn, a CUNY campus, and will headline the historian’s great-great grandson Lloyd Weaver on February 26. Douglass was an abolitionist, orator, writer and statesman.