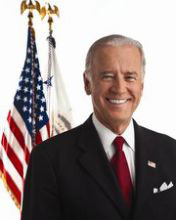 THE NATION
President Joe Biden wants his $1.9 trillion recovery plan signed by March before the benefits from the December 2020 stimulus expires. The $1.9 trillion really falls short of what the nation needs for a speedy recovery. It was good to watch the President in action last week during the Texas crisis. He called FEMA like a general would call up troops for a disaster. What a contrast in governance between him and 45. The Capitol riots hearings began Tuesday in the US Senate.

Republicans are seriously talking about retaking the House and US Senate, which is hard to believe. They are constantly in warfare with each other and directionless. Next year there are 34 US Senate races in contention. Why would anyone vote for disruptors, which is what they are good for in Congress? Democrats must start fielding candidates for those seats ASAP.

About 28 states are considering changing the voting laws, again another strategy to suppress the Black vote. See what happened last year. Democrats can do that again and take back the seats they lost last year. This year is re-districting time. The state houses are important.

COVID UPDATES
Stories run rampant about new NYC Covid vaccination sites; but people complain about their inability to get appointments. Large venues in Brooklyn like Medgar Evers College are being used by city and state as vaccination locations. There seems to be lots of pop-ups sites across the city. Check with local Walgreens and Rite Aids to see if they have vaccine inventory.

Heard weeks ago about Florida Governor Ron DeSantis’ Covid19 vaccine rollout in Tallahassee. Black churches were vaccination centers and procedures worked with clock like precision. Not so, in other parts of Florida where according to media reports last weekend, the only areas getting the vaccines were red areas, specifically more affluent ones. Perhaps Tallahassee was the exception because it is the state Capital. It seems that GOP governors all over the nation are playing politics and directing the vaccines to red zones. Hope that Stacey Abrams is going to run for Georgia governor next year. Cannot allow GOP to steal election from her twice.
Something is happening. Daily numbers of people being inoculated and increasing and the COVID positivity rates are traveling south. Something is working with Pfizer and Moderna.

Harlem Business Alliance reminder. For two weeks, beginning Wednesday, February 24, the Small Business Administration will accept applications for forgivable Paycheck Protection Program PPP loans, only to businesses with fewer than 20 employees to ensure that they are not crowded out by larger companies. New PPP changes make it easier for businesses with no employees- sole proprietors, indie contractors and the self-employed – to qualify. Minorities are encouraged to apply during this 2-week time window. There is still $150 billion of PPP funding remaining from the 1/21/20 law. Visit WWW.SBA.GOV

NEW YORK
NYS: NYS Governor Andrew Cuomo is in political hot waters with the US Justice Department and with the NYS Legislature. He underreported the nursing homes Covid19 deaths to the Feds last year. Cuomo went ballistic with NYS Assembly member and critic Ron Kim, threatening to destroy him on the phone, according to Kim. The local GOP and one or two NYS Legislators are advocating for Cuomo impeachment or a state Legislature investigation. Next year, is gubernatorial re-election year. I dread thinking about the Kim/Cuomo, David & Goliath confrontation.

NYC: The mayor’s race is like a circus with about 40 candidates.
Early last week, Maya Wiley did not raise enough money to qualify for matching funds. It looked like her candidacy was fading. Two days later, Local 1199, SEIU,
the hospital workers, NYC’s largest and most powerful union threw its support behind her candidacy. Eight years ago, 1199 supported de Blasio and the rest is history.

ARTS/CULTURE
TIME MAGAZINE’S Next 100 Most Influential People are a motley crew of artists, climate scientists, politicos and more. Some of the Black Influentials include vocalist Doja Cat; Britt Bennett, author of “The Vanishing Half,” a novel about passing and the color line; Davido, Nigerian Afrobeat musician; Amanda Gorman, poet/model; Actor Rege-Jean Page; fashion designer Telfar Clemens; Dr. Kizzmekia Corbett, the scientific lead of the Vaccine Research Center’s coronavirus team at the US National Institutes of Health. She and her team have been central to the development of the Moderna mRNA vaccine; and US Senator from Georgia Rev. Dr. Raphael Warnock.

BOOKS: FOUR HUNDRED SOULS: A Community History of African Americans, edited by Professors Ibram X Kendi and Keisha N. Bain, is a compendium of stories by 90 writers about 400 years of the African American experience.
Dr. Kendi writes frequently on race, his latest HOW NOT TO BE A RACIST has hovered on NYT best seller list for more than a year.

African American theologian Rev. Franklyn Richardson’s new memoir WITNESS TO GRACE: A TESTIMONY OF FAVOR, is a meditation on life and God. In book’s epilogue, he writes “COVID19 provoked questions,” some of which he deftly answers. A household name in national and international religious, business and civic circles , Rev Franklyn Richardson is the Senior Pastor at the Grace Baptist Church in Mt. Vernon, New York. This eminently readable book has dominated best seller lists all winter.
Spelman College, America’s premier women’s HBCU, will house archives of African Voices Magazine with its organizational records. Its historical documents from REEL SISTERS and community works will be available for Spelman, posterity, and broader audiences. Spelman also houses author/filmmaker Toni Cade Bambara’s works. African Voices Communications is a Brooklyn-based non profit arts and culture organization which engenders literature, art and film and which was founded in 1992 by Carolyn Butts, its Executive Director. Today, the organization is the umbrella for African Voices Magazine, published quarterly; AV Reading and Performing Services; Reel Sisters of the Diaspora Film Festival and Lecture Series; and Get Your Read On.