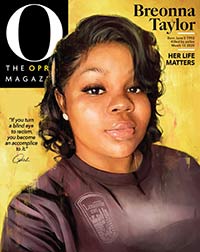 Louisville, Kentucky will pay Breonna Taylor’s family $12 million to settle a wrongful death lawsuit after she was killed in a botched police raid. No criminal charges were leveled against raiding policemen.

The US general election season comes to an end in 49 days, from September 17. This year will be one to remember as it opened with the novel coronavirus pandemic, a plague for which the world is convulsing 9 months later.

Bob Woodward’s new book RAGE, reveals that Trump knew about the COVID19 devastation potential since January. He purposely withheld info from the American public because he did not want us to panic. Isn’t panic the centerpiece of his governance style and modus operandi? His bad judgment and failed leadership during the health crisis has resulted in the loss of 195,000 American lives through 9/15, a stalled economy and the collapse of American civilization. Democratic Presidential nominee Joe Biden must continuously remind the electorate of this Trump/COVID misdeed! By the way, the Scientific American Magazine endorsed Biden’s candidacy, a first in the publication’s 175-year history. The SA nod is related to Trump’s anti-science position on everything from climate change to the coronavirus.

If short form reads are your pleasure, read the NY Magazine 9/14 cover story, “THE CASE FOR CONSEQUENCES: Defeating Trump in November will not be Enough” by Jonathan Chait, who argues that POTUS 45 must be tried for his crimes even if that sparks a constitutional crisis of its own. Story begins, LOCK HIM UP!

The Trump presidency has been enabled by a docile US GOP-dominated Senate, which must be defeated on 11/3. It is no secret that the nation requires another Stimulus package ASAP, not the anemic proposal put forward by the GOP Senate last week, which does not provide for rent relief, stimulus checks or financial aid for the states and cities, whose resources have been depleted battling the novel antivirus and the no-panic President Trump.

NEW YORK
NYC, as one of America’s early COVID19 hotspots, was hard hit fiscally by the crisis. The City needs a loan or federal aid in billions of dollars to stay afloat and avoid laying off 20,000 employees. NYC Mayor Bill de Blasio is under siege. He is lucky to be term limited. NYC streets are filthy and vermin infested. NYC Sanitation Department has cut back its weekly garbage removal and the Commish departed. The NYC Police Department is in work slowdown mode, owing to budget cuts and demands for police reform. It is reported that 18 of Manhattan’s 22 precincts are quasi fortified. Meanwhile, gun violence and robberies escalate simultaneous with the NYPD slowdown. The Department of Homeless Services is busy relocating the homeless from shelters, in an effort to check the spread of COVID 19, to the Lucerne Hotel on Manhattan’s Upper West side or to the Flatlands Family Residence in Brooklyn, in response to outcries from their gentrified neighbors, displeased by the presence of the new homeless occupants. Same homeless people will be relocated imminently to shelters in other boroughs. NYC public schools, K-12, with a population of 1.1 million students, open on 9/21 and it sounds like a disaster waiting to happen. Teacher shortages, teachers retirement. With financial shortfall, it would have been cheaper for NYC to take the public school system remote. The city’s public transportation system requires upgrades which cost money.

Some NYC residents have started relocation searches to quieter settings, in Long Island, the Hudson River Valley or to NJ. Last week, 163 business leaders, from corporate CEOs to real estate developers wrote and open letter to de Blasio, articulating their concerns about the New York City deterioration in basic services and quality-of-life conditions. Letter was circulated and covered extensively by NY Times, WSJ, NY Daily News and NY Post. In a 9/15 follow-up story, the NY Post reports that some local corporate elites decided to be more proactive and bring the matter of a Federal stimulus package for New York, directly to the White House. Remember reading a tabloid editorial a few weeks ago which suggested that the Mayor impress upon NY business men and women with access to Trump to speak with him on the City’s behalf.

The Harlem Shakespeare Art Festival, partnered with the National Arts Club, presents Othello , the Moor of Venice, with an all-female staged reading, directed by Vanessa Morosco, starring Debra Ann Byrd, on September 21, at 8 pm. Reading will be streamed live on ZOOM and FACEBOOK free. Register at http://bit.ly/HSFOthelloRSVP.