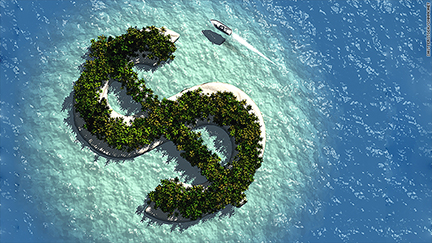 With the publication of the Paradise Papers, leaks of financial documents researched by the International Consortium of Investigative Journalists (ICIJ), we see how little consideration major corporations such as Nike and Apple have for the American people. They profess to be philanthropic and good corporate citizens, but instead, they’re stealing from all of us by evading taxes involving hundreds of billions of dollars.

Nike touts giving $10 million in community grants, while stashing $12.2 billion in offshore accounts. The ICIJ says those profits “have been taxed at less than 2 percent by foreign tax authorities—and not at all in the United States”.   Here the country has provided, and continues to provide and maintain, the infrastructure and population necessary for their companies to be born, exist and prosper and I’m sure they are thankful for that. But not so much that they are willing to pay into the system to maintain the physical infrastructure and have the health, welfare and education of the population attended to. Their actions demonstrate that business school has taught the managers that their first responsibility is to increase the wealth of the stockholders and of course themselves, by paying as little as possible for goods, labor and taxes as all are a drag on the profit God.

On top of the rampant tax evasions by companies and ultra-wealthy individuals, the Republicans have proposed an amoral tax plan that will make people like Donald Trump and the billionaires in his cabinet even richer by cutting back on tax money that would go to students, the elderly, the poor, the middle class, children, the environment and anything that smacks of humanity or human kindness. And their attempt to eliminate the estate tax, which applies only to the very wealthiest, is perfectly described by a commentator who wrote, “Somewhere in America there’s a child with a $30 million trust fund who needs our help”.

That this is increasing economic imbalance is occurring at the same time as the use of opioid and other mental-state-altering drugs is skyrocketing is interesting in light of a 2002 study published in the Journal of Epidemiology and Community Health. There, the researchers found that “the suicide rate in Australia increased significantly when a conservative government (similar to Republicans here in the U.S.) was in power”. And speaking about the increase in suicides among whites during the economic downturn in 2008, Robert D. Putnam, a professor of public policy at Harvard, said there is an “emerging pattern of evidence of the links between poverty, hopelessness and health” The connection between the intense concentration of wealth, the opioid epidemic and the epidemic of white male suicide at some point will become too obvious to ignore and all the Trump chest thumping will not be able to hide the profanity of his promise.

View From Here: Once again New York was a target of a terror attack…