View From Here: Once again New York was a target of a terror attack...
Advertisement 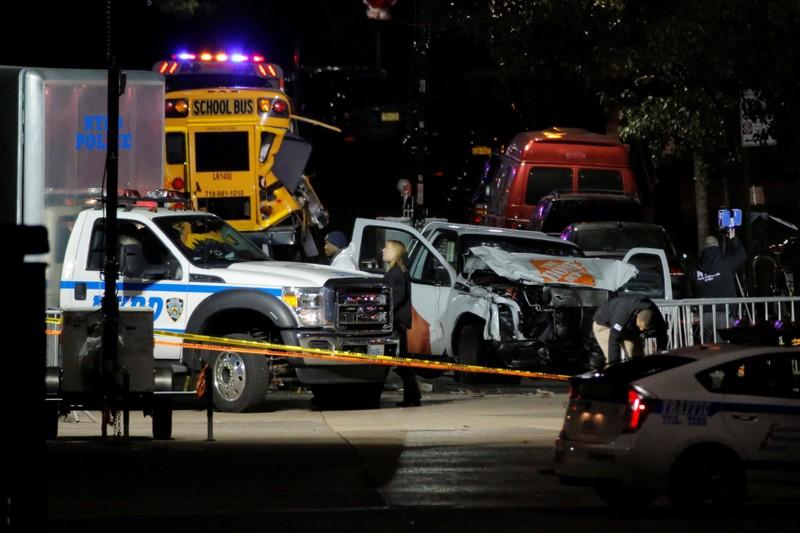 Once again New York was a target of a terror attack. This time on the westside bikeway below West Houston Street. Eight were killed and many more injured with lives changed forever, by a man in a rented truck, bent on inflicting harm. He survived being shot while attempting death by police by brandishing fake hand guns, and now will be studied like a bug under a microscope to determine how he came to this moment.

After the carnage I Las Vegas, high windows facing Times Square will be under deep scrutiny this New Year’s Eve., but authorities cannot secure us from a man in a truck at every crowded intersection in the city. And understanding that leaves us free to go about our daily lives always practicing the good habits of awareness of our environment, with identification in our pockets and a readiness to help if needed.

Everyday, this Trump administration becomes uglier, and stranger and yet more familiarly criminal than we had thought to believe, and our sense of outrage is strained to keep up with each new revelation.

His chief of staff has revealed himself, like a horror story plotline, to be as much a white supremacist as the president, and we can see why press secretary Sarah Huckabee Sanders is Trump’s person at the podium. She’s as much a brazen liar and obfuscator as he is.

And now Special Prosecutor Robert Mueller has made his first moves, with two indictments and a guilty plea to charges of lying to federal investigators from George Papadopoulos. What is particularly interesting about this plea is that his arrest in July was not announced until now, meaning as a “proactive cooperator” Papadopoulos was probably wearing a “wire” in conversations since then. This may make some who have spoken to him, amend a statement they themselves have made, or were about to make, to federal investigators.   This is just the beginning of ugly and we don’t know where it’s going to go.

The Russians Are Here

One thing that is becoming ever more frighteningly clear, is the extent to which Russian operatives interfered in the elections and our national consciousness, by among other methods, using Facebook to not only send socially divisive advertising to 126 million people, but they conducted a concerted, multi-level effort to put Donald Trump in office. If someone had a master plan of bringing progress in the United States to a halt, spreading confusion and destroying the fabric of the nation, DT was a brilliant choice.

And there are cynics who say, that Trump never criticizes Vladimir Putin, because Putin’s got something on him, maybe like pictures of the “salacious details” in the “Steele Dossier” prepared as opposition research during the presidential campaign, but of course that’s crazy talk mixed with wishful thinking. No one could be so vain that they would deliberately harm the nation bringing discord and death, destroying the future of generations rather than be deeply embarrassed.   I can’t imagine that.

As Always, It’s the Boots on the Ground that Will Save Us