US-Africa summit: Joe Biden says US is
‘all in’ on Africa’s future
Advertisement 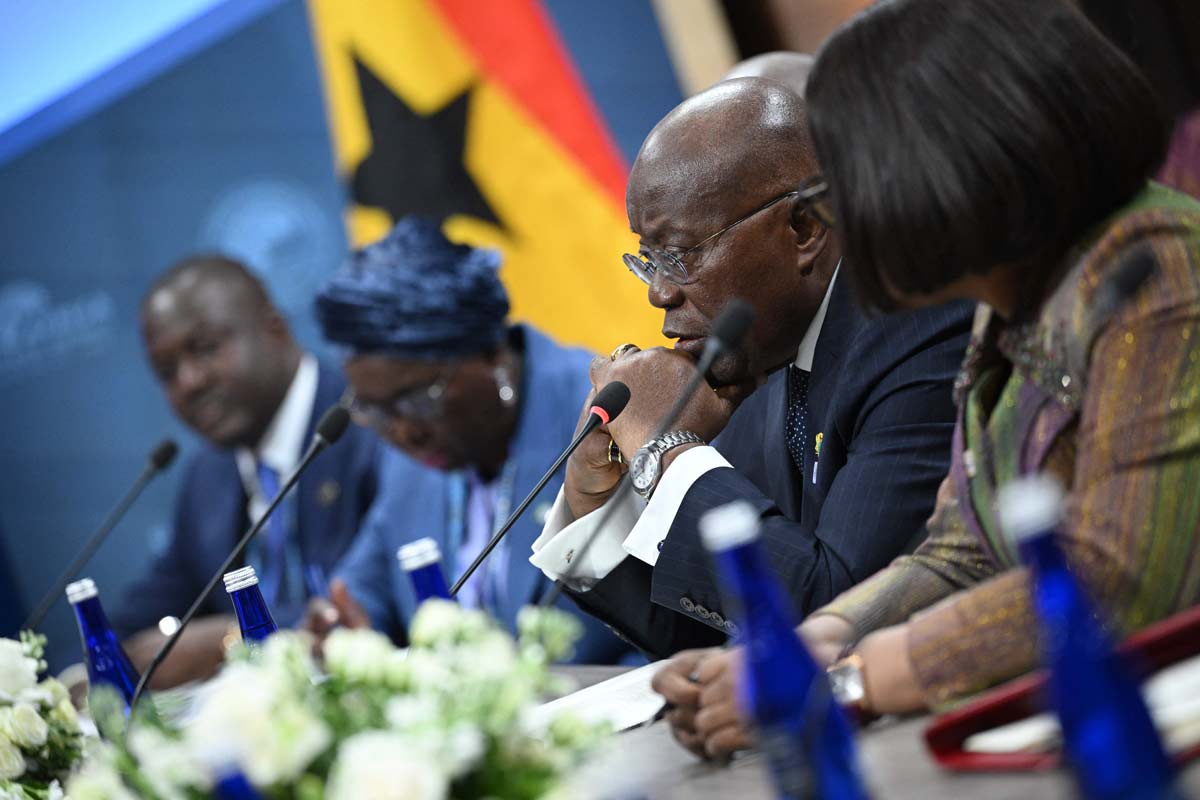 US President Joe Biden has announced billions of dollars in support and investment for Africa at a summit with the continent’s heads of state.
“The United States is all in on Africa’s future,” President Biden told the 49 African leaders attending the Washington DC meeting.
It is the first such gathering hosted by Washington for eight years.
The summit is seen as a US attempt to re-assert its influence in Africa to counter Chinese involvement.

It also comes after Donald Trump’s four-year tenure in office, when he alienated numerous African leaders with policy decisions and insulting comments.
Mr. Biden struck a very different tone to his predecessor, speaking optimistically of improved links with Africa and telling the gathering that “when Africa succeeds, the United States succeeds. Quite frankly, the whole world succeeds as well.”
He said that the world’s crises today needed African leadership, ideas, and innovations and promised to build on the “vital” investments in Africa made by previous US administrations.
To that end, ahead of the three-day summit, which ends on Thursday, National Security Advisor Jake Sullivan said the US would commit $55bn (£44bn) to Africa over the next three years.

Discussions at the summit have focused on building on already existing programs, including:
Prosper Africa – a US government initiative “to increase two-way trade” between African nations and the US launched in 2018 the Clinton-era Africa Growth and Opportunity Act, Agoa, which provides African apparel manufacturers preferential access to the US market;
the Power Africa initiative launched by President Obama to connect millions of Africans to the grid, among others.
But the success of such programs has been slow to realize. Africa only accounts for just over 1% of US foreign trade, which is dominated by petroleum imports from Nigeria and Angola.
In his address on Wednesday, the US president spoke about a $ 500m investment to reduce transport costs at a critical West African port in Benin.
He also mentioned $350m that would be spent on boosting the digital economy and said that $ 15bn worth of deals had been struck at the US-Africa Business Forum.
The US is also set to sign a memorandum with the African Continental Free Trade Area – one of the world’s biggest free-trade areas – which Mr. Biden said would “unlock new opportunities for trade and investment” between the US and Africa.
On the sidelines of the summit on Wednesday, Mr. Biden separately met the six leaders of African nations holding elections in 2023 to press for free votes.
On Thursday, the US president said he would back the African Union’s admission as a permanent member of the Group of 20 major economies.

Playing catch-up:
Analysis by Barbara Plett Usher, BBC State Department correspondent
This was about President Biden trying to win back influence in Africa with personal diplomacy and by promising billions of dollars of funding in key sectors and rallying private sector investments.
The subtext was that America was trying to catch up with other countries, including Russia and especially China, that have developed stronger ties with the continent.
But the message was that the US wanted a strategic relationship with Africa, which has become a key geopolitical player with some of the fastest-growing economies in the world.
The summit will have been successful for the Americans if they can demonstrate that Africa is more than a battleground for competition with Beijing and Moscow. They want to show they can be better partners than China or Russia.
But following up and sustaining engagement will be crucial to proving US commitment, so the White House appointed a special envoy.