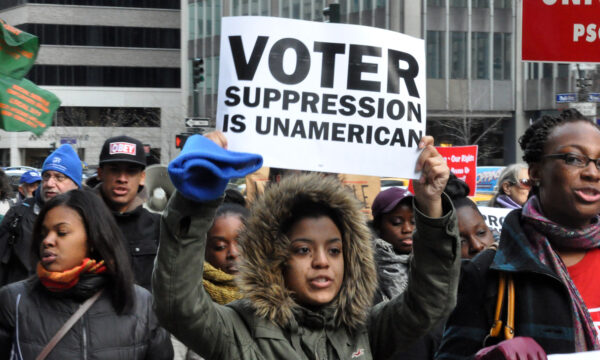 By David Mark Greaves
We see the emotional trauma inflicted on the witnesses to the death of George Floyd in the testimony they are giving in the murder trial of the officer charged with his death, Derek Chauvin. These onlookers were traumatized by having to stand helpless as one of their own, a citizen on the street, was being tortured and murdered in front of them, and there was nothing they dare do.

Horrible as this is, that same trauma was the daily reality of enslaved Africans for four hundred years. And these witnesses, men, women and children, could not voice their objections as the onlookers to Mr. Floyd’s death were able to do. Given that level of trauma, compounded for centuries, it is both a miracle and a triumph that we are still here and mostly sane.

The African American refusal to return to second-, or even no-class citizenship is driving the Republican base of white supremacists, descendants of the overseer cohort during the Golden Age of White power, crazy.
This is the impetus behind the 361-voter suppression actions that Republicans are pursuing across the country according to the Brennan Center for Social Justice. When these folks say they want their country back, they’re not just whistling Dixie.

Vast as it is, the voter suppression taking place across the country is only one of their efforts, the other is gerrymandering. Working the election districts to take control of the House of Representatives and Senate in 2022, with the goal of the reelection of Donald Trump in 2024. This is a real and possible future. At that point, with the worst of the nation in charge, the United States will be brought to its knees, and the world we were assured was coming will be gone forever.

It is as though the nation is unraveling. Yes, there were the centuries of racism and violence toward people of color, but there was also the hope, clung to with a religious fervor, that the racial oppression we knew was abating. And yet we are confronted by the killing of Black men and women, anti-Asian violence, mass murders and now the storming of the Capital by insurrectionists with the Confederate flag, and a longing for a return to a time when they were truly free to do as they wished.

This is the kind of mob who would be descendants of those who reveled in the lynching parties that were once a source of entertainment around the country. These are the ground troops of the authoritarian movement that causes Republican politicians to follow their lead with aggressive stupidity. Causing them to not acknowledge the reality of the national election results, climate change, the science of Covid, and the need to wear masks. This is the mentality of those who want a return to power and whose intellectual impairment is matched by their ruthlessness in scheming to steal the next election, any way they can.

The bill now in the Senate, S.1. The “For the People Act”, is a must pass item. As the Republicans themselves have repeatedly said, if all eligible voters can vote, they will not win another national election or as many local ones as well.
If it does not pass, the Republicans will continue their efforts to negate the votes of millions, gerrymander districts, and very well may take over the House and Senate and ready the return to power of Donald Trump 2024. At that point, the nation we thought was on a path to greatness, will be lost. We will be back in the dark ages, with knees on our necks for the foreseeable future. The only good news here is that I do not think you can elect as president, someone who is serving time in a state prison.

We have only the next two years before the 2022 elections and showing how history of a nation can hinge on the actions of one person, we have Stacey Abrams and Fair Fight, the get-out-the-vote organization she has built in Georgia. Abrams has elected a president and two U.S. senators, and now she has the biggest test of all, overcoming the hurdles the Republicans have erected to voting. To do this, she need money. Perhaps to pay drivers to take voters to the one drop box in the county or to pay for Census-level door-to-door canvassers for votes and the software to arrange for rides to the drop box.

If you want to have a voice, but can’t move to a Republican district in a swing state, then go to www.fairfight.com and send whatever you think our future is worth.
The threats of Senate Minority Leader Mitch McConnell against passage of the bill are whistles in the dark. He knows that if universal voting is mandated before the next election, he’ll be a dog with no teeth. Mitch already knows the result of universal voting. The Republicans would lose the House and Senate for the foreseeable future.
And a lot of those new voters, saying a pox on both your parties, will initially vote on the Independent line for the Democrats, strengthening appeals to them, rather the extremes of either party and maybe bringing the nation back into balance, sort of like sitting down in a canoe in rough water.