The Collected Quotes of Donald Trump on “the Blacks”
Advertisement 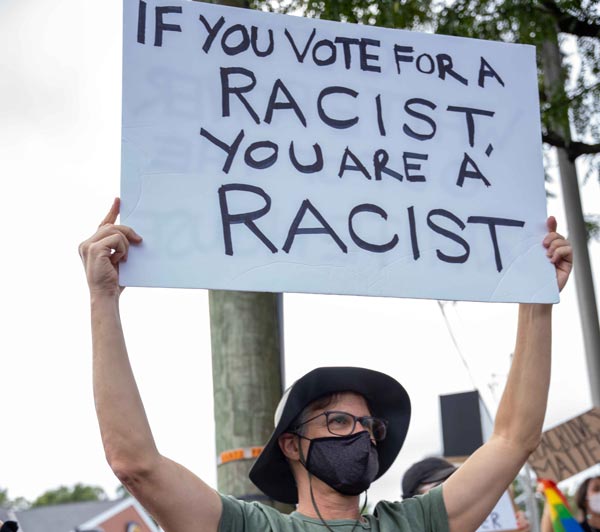 By Jason Parham, 07/24/15
Donald Trump wants to be the next president of the United States. As with matters of such magnitude, it is important to understand where a candidate stands on critical issues, such as immigration, healthcare, domestic surveillance, marriage equality, abortion, and black people, who account for 13 percent of America’s population.
Here, a collection of quotes from Donald Trump on “the blacks.”
“A well-educated black has a tremendous advantage over a well-educated white in terms of the job market. I think sometimes a black may think they don’t have an advantage or this and that… I’ve said on one occasion, even about myself, if I were starting off today, I would love to be a well-educated black, because I believe they do have an actual advantage.’’
(1989)

“Sadly, because President Obama has done such a poor job as president, you won’t see another Black president for generations!”
(2014)

“Our great African American President hasn’t exactly had a positive impact on the thugs who are so happily and openly destroying Baltimore.”
(2015)

“And if you look at Black and African American youth, to a point where they’ve never done more poorly. There’s no spirit.”
(2015)

“And, you know, I have a great relationship with African Americans, as you possibly have heard. I just have great respect for them and you know they like me.”

An Oral History of Trump’s Bigotry From The Atlantic
The so-called Central Park Five were a group of black and Latino teens who were accused—wrongly—of raping a white woman in Central Park on April 19, 1989. Donald Trump took out full-page ads in all four major New York newspapers to argue that perpetrators of crimes such as this one “should be forced to suffer” and “be executed.” In two trials, in August and December 1990, the youths were convicted of violent offenses including assault, robbery, rape, sodomy, and attempted murder; their sentences ranged from five to 15 years in prison. In 2002, after the discovery of exonerating DNA evidence and the confession by another individual to the crime, the convictions of the Central Park Five were vacated. The men were awarded a settlement of $41 million for false arrest, malicious prosecution, and a racially motivated conspiracy to deprive them of their rights. Trump took to the pages of the New York Daily News, calling the settlement “a disgrace.” During his 2016 presidential campaign, Trump would again insist on the guilt of the Central Park Five.
BARBARA RES: As far as discrimination, he wouldn’t discriminate against somebody who had $3 million to pay for a three-bedroom apartment. He was very much the kind of person who would take people of a religion, like Jews; or a race, like blacks; or a nationality, like Italians, and ascribe to them certain qualities. Blacks were lazy, and Jews were good with money, and Italians were good with their hands—and Germans were clean.

The Justice Department’s 1973 lawsuit against Trump Management Company focused on 39 properties in New York City. The government alleged that employees were directed to tell African American lease applicants that there were no open apartments. Company policy, according to an employee quoted in court documents, was to rent only to “Jews and executives.”

(“When Donald and Ivana came to the casino, the bosses would order all the black people off the floor,” a former employee of Trump’s Castle, in Atlantic City, New Jersey, told a writer for The New Yorker).  The Atlantic