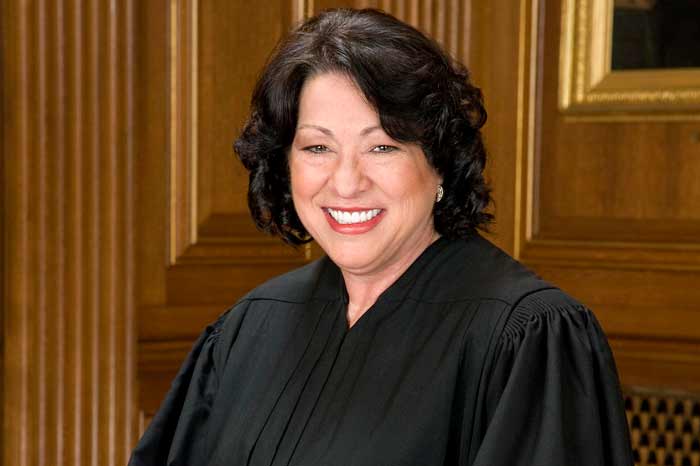 On Tuesday, the Supreme Court approved the Justice Department’s emergency request to suspend a lower court’s order to extend the 2020 census count.
The ruling clears the way for President Trump to try to alter the count while in office by excluding unauthorized immigrants from the numbers used to reallocate congressional seats and Electoral College votes for the next 10 years, reported NPR, Wednesday.
Justice Sonia Sotomayor was the lone dissenter from the unsigned court order.

Hours after the ruling was released, the Census Bureau announced it will keep accepting responses online at My2020Census.gov through Oct. 15 until 11:59 p.m. Hawaii time. The bureau has also set Oct. 15 as the postmark deadline for paper forms, as well as the end date for collecting phone responses and door knocking at unresponsive households.
In a statement, Kristen Clarke of the Lawyers’ Committee for Civil Rights Under Law, one of the attorneys who helped bring the lawsuit to extend the census schedule, noted that the order “will result in irreversible damage” despite the challengers’ efforts to “secure more time on the clock to achieve a fair and accurate count.”

Governor Stephen Roe Lewis of the Gila River Indian Community — one of the lawsuit’s plaintiffs — called the ruling “a bitter pill for us to swallow here on the Reservation” in Arizona.

Supreme Court Allows Census to Be Stopped Early, Sotomayor Calls Decision ‘Irreparable’ in Dissent
By Meghan Roos, Newsweek.com
The U.S. Supreme Court on Tuesday granted an emergency request from President Donald Trump’s administration to halt the U.S. Census count early.
The U.S. Census Bureau was expected to continue its count through the end of October, but an emergency request filed last week by Secretary of Commerce Wilbur Ross and other officials asked the Supreme Court to intervene and halt the count immediately. According to that request, allowing the count to continue through the end of the month would “prevent the Secretary from reporting to the President by December 31, 2020.”
Associate Justice Sonia Sotomayor said in her dissent that the decision would cause «irreparable» harm.

“The harms caused by rushing this year’s census count are irreparable,” Sotomayor’s dissent said. “And respondents will suffer their lasting impact for at least the next 10 years.”
The U.S. Census Bureau was originally scheduled to continue its count through July 31, but the bureau decided in April that extending the count deadline through October was necessary due to the difficulties census workers were facing in the midst of the coronavirus pandemic. Sotomayor pointed to that April decision in her dissent.
“In the words of the Bureau’s associate director for field operations, it was ‘ludicrous’ to expect the Bureau to ‘complete 100% of the nation’s data collection earlier than [October 31]’ in the middle of a pandemic,” Sotomayor wrote.
In August, the Census Bureau said it was changing its data collection deadline again—to September 30—in order to meet the December 31 reporting deadline. That latest decision has played out in the courts in the weeks since it was announced, with October 31 serving as the tentative data collection deadline until the Supreme Court’s decision on Tuesday.
The justice wrote that granting emergency applications often upends “the normal appellate process” while “putting a thumb on the scale in favor of the party that won.” Targeting her conservative colleagues, she said “most troublingly, the Court’s recent behavior” has benefited “one litigant over all others.”

Sotomayor’s dissent was in response to the court’s 5-4 order granting the government›s request to allow its controversial «public charge» rule to go into effect in every state. The rule makes it more difficult for immigrants to obtain legal status if they use public benefits like food stamps and housing vouchers. Although the three other liberal justices on the bench also dissented, they remained silent and did not join Sotomayor›s decision.
“Claiming one emergency after another, the Government has recently sought stays in an unprecedented number of cases,” Sotomayor said. “It is hard to say what is more troubling,” she said, pointing to the case at hand, “that the Government would seek this extraordinary relief seemingly as a matter of course, or that the Court would grant it.” She noted that in the case at hand, the lower court order that the Supreme Court lifted was narrow and only impacted one state.

The Collected Quotes of Donald Trump on “the Blacks”