The Call to the Show
Advertisement 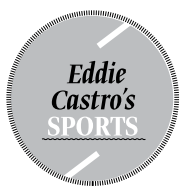 There have been many notable professional athletes to dominate sports in our borough. Household names such as Stephon Marbury, Sebastian Telfair, Lance Stevenson and Dellin Betances, just to name a few. In a recent article I wrote a few weeks ago, I discussed the journey of Brooklynite Isiah Whitehead and his journey to the NBA from being a standout at Lincoln High School, as well as his collegiate time with Seton Hall University. Last month, Whitehead’s dreams of an NBA player came true. He is now a Brooklyn Net.

Earlier last month, another young athlete from our borough had his dreams come true. Brooklynite Joshua Palacios got drafted by Major League Baseball’s Toronto Blue Jays in the fourth round of the draft.  The sport of baseball has always been a part of the Palacios family. His uncle Rey played for the Kansas City Royals from 1988-1990, his father Richard played for the Detroit Tigers’ minor league system. Palacios became a popular commodity during his career at Telecommunication Art and Technology. His career included a scorching .667 batting average with six doubles, two triples and four home runs during his senior season.

When Palacios was asked about how he felt about being drafted he said, “It means a lot because now I get to chase my dream”. He said when it came to baseball, he hasn’t cried in about 20 years, but when he got the call saying that he is heading to the majors, that’s when the tears of joy came down. He’s excited about the opportunity to play professionally, but the young Palacios is quite aware that he has a lot of work ahead of him.

Sports Notes: Upon trading one of their top-tier pitching relievers in Aroldis Chapman to the Cubs, the Yankees are playing better baseball of late since the All-Star break. The team will look to continue their winning ways as they head down to Florida to battle the Tampa Bay Rays. The Mets begin a 4-game set against the Colorado Rockies on Friday.