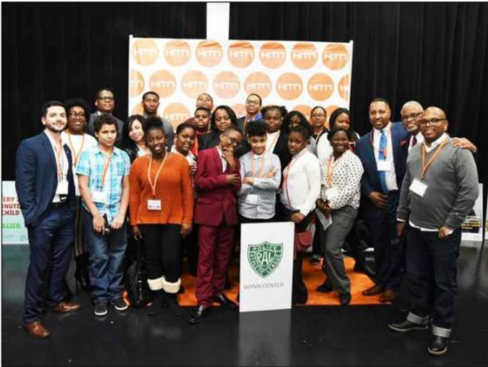 Earlier this month, HITN, a leading Spanish language network, and the Brooklyn District Attorney’s office hosted a screening of films produced by teenagers on bullying. The “youth by youth” event centered around the empowerment of young people through technology and advocacy with a focus on crime prevention through media literacy and creative expression.

It also introduced the new partnership between the DA’s office and HITN in giving youth a voice on pressing issues that impact their world.  The groundbreaking initiative encourages young people to tell their stories by producing their own short films using their smartphones.

“This is a terrific opportunity to turn the tables on bullying and teach our children how to use their technology to make a positive impact. It has become all too clear that bullying has stepped out of the schoolyard and into cyberspace, which allows bullies the chance to post anonymous online taunts that are devastating to our children. This app is a great tool for helping kids help each other,” said District Attorney Eric Gonzalez.

Of note, last summer, August 2017, DA Gonzalez introduced with Councilmember Robert Cornegy an initiative directed at parents on the issue of bullying.  Over the course of the year, the DA’s office also has been sending ADAs into classrooms to talk to students about bullying, its effects and how to stop it.

The Community Rallies in Support of P.S. 25