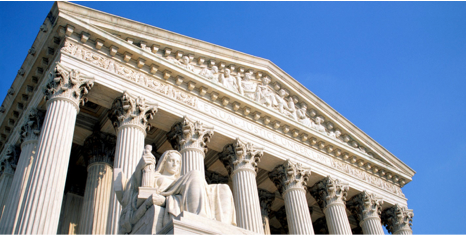 The following statements were released following the U.S. Supreme Court’s 5-4 decision by a conservative majority to allow the Trump Administration to enforce its Muslim ban which restricts entry to America from seven countries in varying degrees: Iran, North Korea, Syria, Libya, Yemen, Somalia and Venezuela. The decision allows the government to continue enforcement against anyone from those places without a recognized relationship with another person or an institution in the United States. Excerpts from Justice Sonia Sotomayor’s dissenting opinion follow the statements.

“The Supreme Court upheld the racist, xenophobic and dangerous travel ban concocted by President Trump, but the struggle for justice is far from over. Families in Brooklyn and across America are counting on us to keep fighting. We must continue to fight against any Muslim travel ban, ever.”

“Donald Trump introduced the Muslim ban to discriminate based upon the religion of people entering the United States as he has stated on many occasions during and after his campaign for the presidency. That fact, by itself, should have rendered the Muslim ban unconstitutional. History will look back on this decision as one where the Supreme Court clearly endorsed religious discrimination. This decision joins Shelby County, Korematsu and Dred Scott on the list of Supreme Court rulings our nation will look on with a sense of shame.

“Muslim Americans and Muslim immigrants seeking to become Americans are and have been a significant part of the rich fabric of our communities and civil society. Our country was founded upon the virtue of religious freedom and has stood as a beacon of hope to those fleeing religious persecution. Today’s decision has contradicted this long-held virtue and is a regression in substance and in form. Furthermore, this decision puts the religious liberty of millions of Americans at risk. It says that even when an administration is clearly anti-Muslim, advertises and relishes in its attacks on Muslims, and puts a policy in place that specifically hurts Muslims – that this Supreme Court will let it stand. If this can happen to Muslims, a religious minority, it can happen to anyone.

“It is now up to people of goodwill to stand up. It’s up to the American people to make their preferences known. We must elect a Congress that will be a check on this destructive and mean-spirited presidency. We need strong leaders who will hold this president and his administration accountable.”

“President Trump’s travel bans are a stain on American history that were rooted in deep anti-Muslim animus and unleashed chaos on families, businesses, institutions and communities throughout New York. Despite today’s ruling, New York will continue to serve as a beacon to the world, welcoming people of all faiths, races, nationalities and backgrounds.

I’m proud of our work to successfully beat back President Trump’s first two discriminatory bans. My office won’t hesitate to act to protect New York’s families and ensure that we live up to the values on which this state and this nation were built.

“The Supreme Court’s ruling today enables institutionalized bigotry, codified racism. The Muslim ban, or so-called travel ban, is unconscionable, a denial of rights and of humanity on the basis of a person’s faith. The policy is as vicious, illogical, racist and inexcusable today as when it was first enacted and protestors flooded airports across the country.

Just two weeks ago, the Supreme Court found a “hostility” towards religion in the Masterpiece Cakeshop case. Now, given the president’s past hate speech and hateful policies, they found none, and it seems clear that this depends on the religion in question.

The conservative takeover of this court is disastrous and dangerous. I suspect that today’s court would have ruled against Oliver Brown in 1954, Homer Plessy in 1896, or Dred Scott in 1857, when it was argued that Scott had “No rights which the white man was bound to respect,” enabling injustice against vulnerable populations as they have today.

Trump and his Republican cronies are determined to ostracize certain populations and create a scapegoat out of vulnerable communities, a transparent tactic used throughout history to justify atrocities. But as long as there have been bigots and the injustices they perpetuate, there have also been people pushing back and defending those under attack. I am committed to continuing this fight in New York and across the country.”

“The United States of America is a nation built upon the promise of religious liberty. Our Founders honored that core promise by embedding the principle of religious neutrality in the First Amendment. The Court’s decision today fails to safeguard that fundamental principle. It leaves undisturbed a policy first advertised openly and unequivocally as a “total and complete shutdown of Muslims entering the United States” because the policy now masquerades behind a façade of national security concerns. But this repackaging does little to cleanse Presidential Proclamation No. 9645 of the appearance of discrimination that the president’s words have created. Based on the evidence in the record, a reasonable observer would conclude that the Proclamation was motivated by anti-Muslim animus. That alone suffices to show that plaintiffs are likely to succeed on the merits of their Establishment Clause claim. The majority holds otherwise by ignoring the facts, misconstruing our legal precedent and turning a blind eye to the pain and suffering the Proclamation inflicts upon countless families and individuals, many of whom are United States citizens …

…The First Amendment stands as a bulwark against official religious prejudice and embodies our nation’s deep commitment to religious plurality and tolerance. That constitutional promise is why, ‘[F]or centuries now, people have come to this country from every corner of the world to share in the blessing of religious freedom.’ Town of Greece v. Galloway, 572 U. S., at ___ (KAGAN, J., dissenting) (slip op., at 1). Instead of vindicating those principles, today’s decision tosses them aside. In holding that the First Amendment gives way to an executive policy that a reasonable observer would view as motivated by animus against Muslims, the majority opinion upends this Court’s precedent, repeats tragic mistakes of the past and denies countless individuals the fundamental right of religious liberty.

.Our Constitution demands, and our country deserves, a judiciary willing to hold the coordinate branches to account when they defy our most sacred legal commitments. Because the Court’s decision today has failed in that respect, with profound regret, I dissent.”