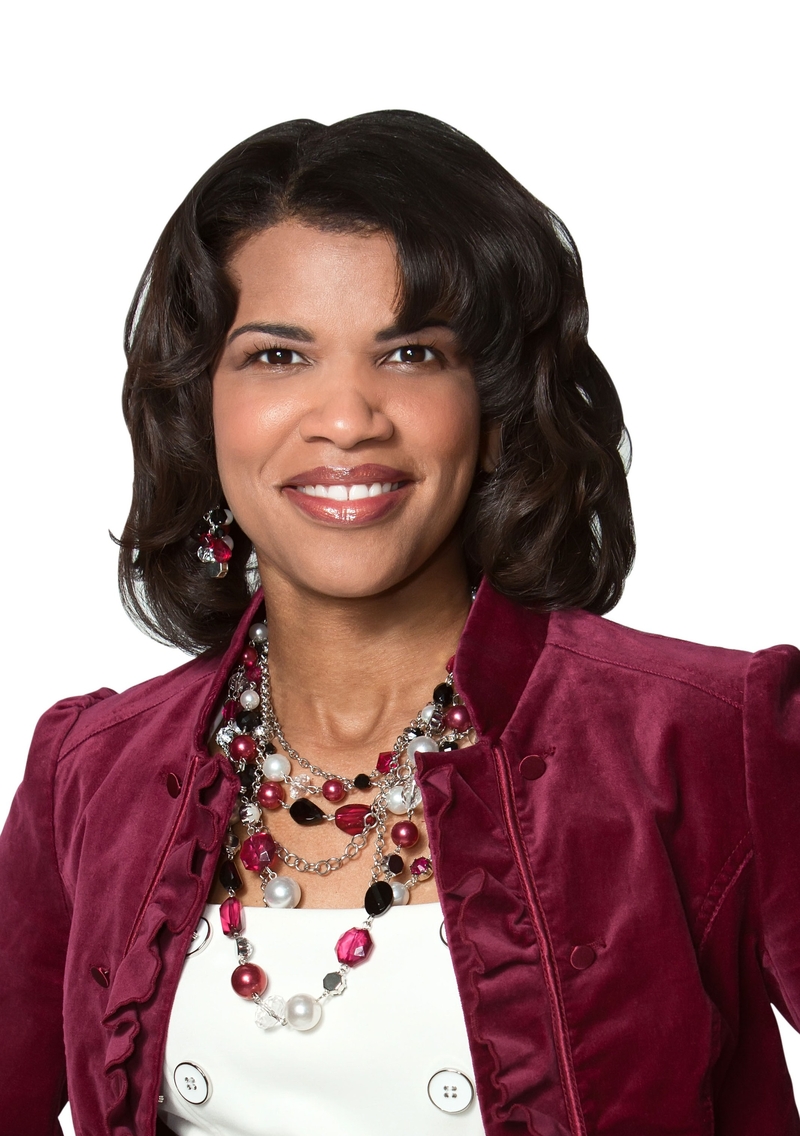 Alice Marie Johnson will breathe free and will be held in the arms of her family members at long last. The President commuted her life sentence today after speculation that he might do so at the urging of Kim Kardashian West, who visited him in the White House a few days ago. The 63-year-old great-grandmother had been in prison for 21 years, convicted on eight counts of drug trafficking in Memphis, Tennessee. She was sentenced to life in prison with no possibility of parole when 10 of her co-defendants in the drug ring testified against her in exchange for reduced sentences.

Although this was her first offense and a nonviolent one and she says her involvement amounted to relaying messages for drug buys on the phone. Johnson says she was depressed and in financial crisis. She’d gotten divorced, lost her job due to a gambling addiction, and then her son died in a motorcycle accident.

“I felt like a failure…” said Johnson. “I went into a complete panic and out of desperation, I made one of the worst decisions of my life to make some quick money.”

The world came to know of Johnson’s case when West, who was moved and disturbed by learning of it, made the issue her crusade. West visited the White House on Johnson’s birthday to speak with Donald Trump about prison reform and to ask for clemency for Johnson. The public was not apprised of the content of that conversation, and some questioned how much Kardashian actually knows about the subject. Most people, however, seemed appreciative of her using her celebrity to do whatever she can to assist.

Kardashian’s attorney, Shawn Holley said that her client asked last winter to find a way that she could help Johnson. Since that time, they have met with Johnson and with her attorneys. One positive result has been the enormous increase in awareness of Johnson’s case as curious people of all persuasions have joined Kardashian West’s fan base in searching for information about the campaign.

Smith is said to have been a model inmate and the former warden at the prison wrote a letter on her behalf, which was scheduled to be given to Trump. The President had made no indication of his thinking, but said he was reviewing the case. He’d recently pardoned convicted felon and perceived race-baiter Dinesh D’Souza, as well as Joe Araio and Scooter Libby, all of which stirred controversy.

Meanwhile, Trump wants the death penalty for people like Johnson. At a press conference in March, he said, “If we don’t get tough on drug dealers, we’re wasting our time. And that toughness includes the death penalty.”

Kemba Smith has been speaking up and out loud for Alice Marie Johnson for some time. She joins those who commend Kim Kardashian West for championing Johnson’s case because she knows firsthand, what it’s like to be imprisoned for decades on a drug charge. Smith has been campaigning for prison reform since her release 17 years ago. Her book, Poster Child: the Kemba Smith Story, bears the subtitle, “It was easy falling in love with a drug dealer. The hard part was paying for his crimes.”

Smith was convicted on a crack cocaine drug charge and sentenced to nearly 25 years in federal prison. She was a 19 years old college student seven months pregnant by Peter Hall and says she didn’t know he was a drug kingpin on the FBI’s 15 Most Wanted list. She says Hall physically abused her and threatened her when she tried to leave him. When he was found murdered the government charged the drugs found in the residence as hers as well. She was sentenced under the then mandatory minimum statutes and would have languished in prison for decades.

In December of 2000, President Bill Clinton commuted her sentence after six-and-half years, however. Since being released she has been on a mission of service and advocacy, starting a foundation for children, and lobbying elected officials to assist in her cause.

In addressing college students, she reminds them of the need for their active participation.

“People organized in churches, signed petitions all across the country,” she said in one address. “We need to fight on that kind of national level again, just like the Deltas, the Links, the National Council of Negro Women. Those organization presidents came inside the prison to visit me to let me know they were going to make sure my case saw justice as well, But I need… the sororities and fraternities to speak up on this issue!”

Smith is on a mission to make her life in freedom mean something. She went back to school and has many accomplishments. Among the most meaningful are likely the invitations she accepted to address the U.N. and to speak at the White House and on the floor of Congress. She was also appointed as member of the Virginia Criminal Sentencing Commission. She hopes to help make change there and across the nation. She praises President Obama’s promise, although he did not provide Johnson justice, delayed though it would have been. Johnson’s attorneys had appealed to President Obama for clemency three times, and though he pardoned 231 people at the end of 2016, and although she fit the criteria for clemency, she was denied.

“In President Obama’s era, he actually invited formerly incarcerated individuals in the White House to have a conference and the day before he invited individuals who had been commuted by former presidents… I would invite President Trump to do the same thing, because I think once you hear people’s stories, people coming out of prison, want to do better. So we really need to reevaluate this issue of incarceration in our country.”