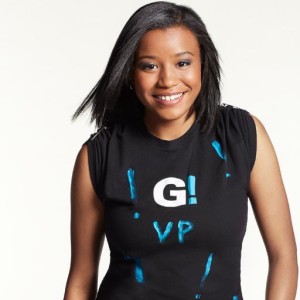 Cuban revolutionary and visionary Fidel Castro, 90, has died., One of the most important figures and influences in the Americas in the 20th century. Cuba is 90 miles away from Florida and well within the boundaries of the Monroe Doctrine, which signaled to all and sundry that America, especially the Caribbean, was off-limits to foreigners. Under Fidel Castro’s watch, Cuba evolved into the mouse that roared, politically and militarily.   Castro successfully launched the revolution in Cuba, which dislodged power from the island’s 1% elite and the USA dominance of its economy, a reality since the Spanish-American War.     Dismissed as a dictator, Castro was much more than that.   Cuba, like so many other Spain dominated countries, were convulsing from the aftermath of the Spanish- American War of 1898, which was the biggest land-grab in US military history. US got Cuba, Puerto Rico, the Philippines, to name a few.

The son of a plantation owner, Castro was a child of privilege who attended the nation’s best schools, including law school. It is true that Castro’s post-1959 Cuba does not resemble pre-1959 Cuba, a US corporation and mob-dominated destination, an outcome of the Spanish-American War in 1898.     Yes, Castro’s Cuba is guilty of many human rights violations. But so are many of its neighbors. And color apartheid exists in Cuba as it is widespread elsewhere.

Nations work towards the more perfect union.   What has been Castro’s most outstanding domestic accomplishments……. universal health care and education.   Cuba probably has the best education system in the Americas and good medical schools to boot.    The US does not have a good public education system.   It is being threatened by the charter school and private school hawks.   Castro introduced universal health care.   The US toyed for a brief moment with Obamacare, which benefited 20 million people. That, too, is scheduled for repeal. It is the first order of business for President-elect Trump.   Big Pharma is eager to review innovative Cuban chemical protocols to reduce the amputee population

Cuba is also home to the descendants of enslaved African people.   African culture, music, literature, fine arts, food, spiritual practices survived the Castro Era. Castro once reminded Pope John Paul that Santeria was the Cuban national religion. On the international front,  Fidel Castro sent Cuban troops to Angola to do battle with white South African soldiers there in the 80s, to war with the rebels. The Cubans repelled the South Africans militarily and psychologically.  Cuban-American literature is filled with true and false narratives about Fidel.

Now that Castro has transitioned, hopefully a good biographer will emerge to tell the real story about one of the Americas’ real cultural personages.   Alas, Gabriel Marquez Garcia predeceased him. He was an exceptional storyteller.

Christopher Gray, 25, founder of an app SCHOLLY, helps college students discover funding sources.  Gray came to public prominence after his appearance on the TV show SHARK TANK.   He has met with Bill Gates, honored by Oprah Winfrey and invited to the White House twice. He is one of 17 people featured in the current Smithsonian magazine’s cover story titled GENIUS HAPPENS.

Crain’s NY magazine published its 20- UNDER-20 list of young movers and shakers in the tristate area. The following are some of the city’s local African-American elites who passed Crain’s muster.   They are HIP-HOP artist DESIIGNER , 19, whose debut single was #1 for two weeks on Billboard’s HOT 100. He is signed with Kanye West’s record label…….College-bound HS Senior Victoria Pannell, 17, is the consummate public servant and political activist. A member of Central Harlem’s Community Board 10, she helps provide food   for the homeless, articulates her aversion to stop-and-frisk and child sex trafficking , and has led Rev. Sharpton’s National Action Network’s marches against gun violence……

Luka Sabbat, 19, fashion model with insider NY Fashion Week connections who has 284,000 Instagram followers. Popular with his peer group and their consumer predilections, he is developing his brand and cutting his entrepreneurial teeth with a soon- to- be- launched high-end jewelry line soon……… Actor-extraordinaire Michal Rainey, Jr., 16, has been working at his craft since he was 8. He is a star in POWER, a Starz Network show. Some of his film and TV credits include “Orange is the New Black”, “The Butler”, “Barbershop 3”……. New Yorker Ify Ufelli, 11, is the CEO of Chubiiline, Anti-Bullying Advocate who sells her line of anti-bullying items like caps, backpacks and T-shirts. She also launched a clothing line for “curvy” girls and women, borrowing patterns and colors from her dad’s native Nigerian culture. Everything is available at her website.

Two essays to consume during the post- Obama Era. Read the Toni Morrison New Yorker Magazine essay, “Fear of Losing White Privilege led to Trump’s Election”……. Read NY Times Op-Ed, “What Whiteness Means in the Trump Era”, by Nell Irvin Painter, Professor Emeritus of History at Princeton and author of “The History of White People”. ………. The NY Times wrote a piece last week that centered on Black men who frequent a Black barbershop in Wisconsin and their reasons for not voting or going to the polls and not voting for Hillary nor Trump. Sure that the studies of the 2016 Black vote phenomenon will proliferate.

The Michael Rosenfeld Gallery’s new exhibit, “Benny Andrews: The Bicentennial Series”, includes paintings and drawings which Andrews lifted from six thematic groups – symbols, trash, circle, sexism, war and utopia. Works were completed between 1970 and 1975, in preparation for the American Bicentennial. Show runs through January 7th. The Rosenfeld Gallery is located at 100 Eleventh Avenue at 19th Street.

The Worldwide Association of Small Churches(WASC, Inc.), an interdenominational organization, will host its Annual Awards Gala on December 2nd at the Paradise Caterers, located at 51 Avenue U, Brooklyn.   Rev. Dr. Valerie Oliver Durrah, president/founder of the Neighborhood Technical Assistance Clinic, will be the recipient of the WASC Brooklyn Borough Church Diversity Award in recognition of her work which unites churches and nonprofit organizations throughout NYC.  One of Brooklyn’s distinctions is that it has the most churches and places of worship in America. [Call 718.742.0092]

REMINDER: The Vertamae Grosvenor Memorial will be held on Saturday, December 3rd at 1 pm at the Mt. Morris Park Ascension Presbyterian Church on Mt. Morris Park West at 122nd Street, one block west of Lenox Avenue in Harlem.

The Dance Theatre of Harlem hosts a Winter Festival on Sunday, December 4, offering free dance classes and a special performance.. Classes – ballet, African, HIP-HOP – are available for all ages, from toddlers to parents, and adults of all ages.   The DTH Winter Festival will be held at 466 West 152nd Street in Harlem. Call 212.690.2800 or visit dancetheatreofharlem.org.

The Apollo Theater presents the Classical Theatre of Harlem’s “The First Noel, A Musical” from December 10th to December 18th at the world-famous Apollo at West 125th Street. This summer at a “Xmas in Summer” luncheon hosted by the Apollo, I got a sampling of “The First Noel”, which has a book, great songs and megawatt talent with voices capable of the best of joyful noises.