Ready for Some Football?
Advertisement 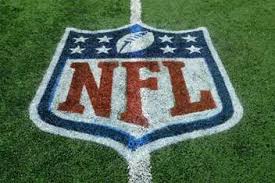 This Sunday for both the Jets and the Giants, the 2017-18 NFL season kicks off and both New York squads are looking to make some noise this year. Although the two local teams appeared to be heading in different directions, this year brings a lot of excitement to both crowds cheering for “Gang Green” or “Big Blue”.

For the New York Giants, it’s all about redemption.  Last season, the Giants made the playoffs for the first time since winning it all in the 2011-12 season. Although it was a roller coaster-like year for quarterback Eli Manning and company, he and the Giants got into the playoffs as a Wild Card team, only to fall to a 38-13 loss to the Green Bay Packers. In that same game, Manning and Giants star wide receiver Odell Beckham, Jr. arguably picked a bad time to have their worst game of the year. Part of that was Manning could not move the chains and apply pressure to Green Bay’s defense. Manning could not spread the ball around to the other receivers and the offense became one-dimensional with Manning time after time connecting with Beckham. This year, the offensive line is healthier and Manning has more options to throw to, taking pressure off Beckham. Former Jet receiver Brandon Marshall signed a 2-year deal with the Giants this off-season. Marshall provides veteran leadership and led the league with red zone touchdowns, a trait Manning and the Giants struggled all year with. The team also drafted talented tight end Evan Engram out of Mississippi, providing yet another target for Manning.

As for the New York Jets, it has been well-documented that the team is in rebuilding mode. The team did some off-season cleaning by releasing players such as Eric Decker, David Harris, Darrelle Revis and Calvin Pryor. The team also traded one of their top defensive players in Sheldon Richardson to the Seahawks last week. The off-season cleanup has been replaced with younger players. Former Jet quarterback Geno Smith is now the backup quarterback to Eli Manning, ironically. The new QB for the Jets is the veteran journeyman Josh McCown. Although it seems like a longshot for the team to make the playoffs considering their lack of experience and Tom Brady is still in that division, it is still an exciting time to see what this Jets team is really made of. It is sure to be an exciting season.