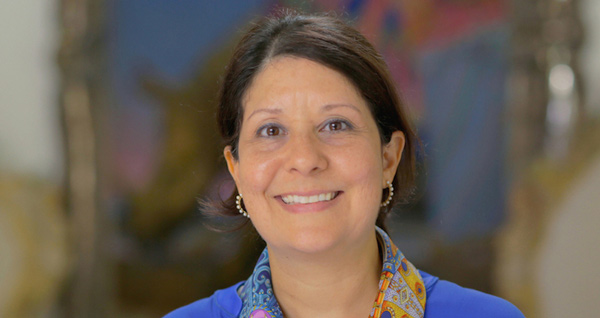 OTP: What’s your personal remembrance of the moment you learned the Towers were struck? Where were you, and in what ways has that day impacted your life to this day?
PN: For all of us, 9/11 was an inflection point, life before and life after the attacks. That day life in the US as we knew it changed, including air travel, immigration, stereotypes, and feelings of security and vulnerability.

On that crisp sunny September morning, I was heading to the bank with my husband. When we arrived, we realized that people at the bank didn’t know that something was happening. We informed the manager that a plane hit the North Tower. He brought out a large TV set and placed it in the middle of the bank’s lobby. People started gathering around the TV set. Collectively, we found out that what was happening was not an accident; it was a terrorist attack. We nervously returned home and quickly learned that the mom of one of my college classmates was on Flight 11 from Boston, and that two of our close musician friends scheduled to be on that plane had ironically missed the flight. When disaster hits, human connection takes over. In many ways, our relationship with one another changed. It got stronger.

OTP: What message do you want to convey to your audience through this special programming?
PN: Stories from the Stage wanted to create an episode to commemorate this time in our history and selected three stories by journalist and war reporter David Filipov, Professor Michael Sargent, who teaches social psychology, and psychotherapist Jude Treder Wolff, who works with people recovering from the impact of 9/11.

Stories from the Stage was created in 2017 to share the experiences of people who, at first, may seem different, yet at heart are just like us. Inside these stories, we find our commonalities and discover our shared humanity. Each story included in this episode shares a message of love and hope. And as Jude Treder Wolff shares in her story; even when sometimes all feels lost, the light goes on forever.