In OUR TIME…Dr. John Henrik Clarke

Sian Proctor, the First African American Woman to Pilot a Spacecraft: ‘the Reality Is That Solving for Space Solves for Earth’ 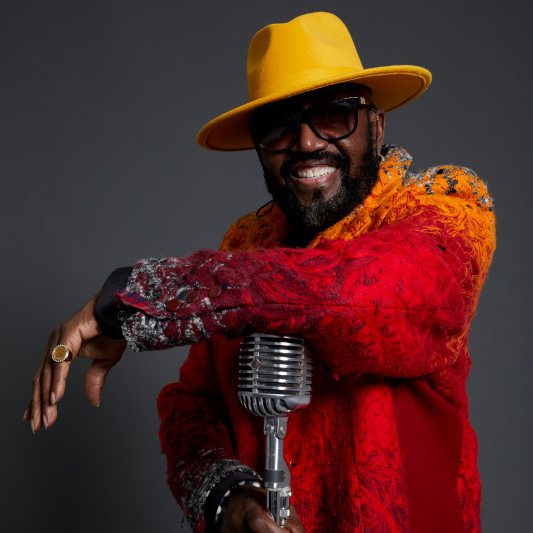 Proving beauty’s more than skin-deep, Otis Williams — the only surviving, original member of The Temptations — looks 40, but is about to turn 80!
The Rock & Roll Hall of Famer and multiple Grammy Award®-winner will be celebrated at City College Center for the Arts  with a special live, virtual conversation on Monday, November 1, at 7:30 p.m..  Musician K. Sparks will host.

The event, will be simulcast at www.citycollegecenterforthearts.org from Aaron Davis Hall’s Marion Anderson Theatre, and feature other special guests. Audience members can join the event via the simulcast only.

The legendary The Temptations are currently celebrating an anniversary, too, the group›s 60th year. Good things are happening for The Tempts:  they have a new single out with Smokey Robinson and Ain’t Too Proud — The Life and Times of The Temptations recently reopened on Broadway.

Otis Williams took time away from his rehearsal schedule to answer an Our Time Press question about his health regimen:  What’s your secret to aging young
Below, please find Mr. Otis Williams’ answer to your question “Does [Mr. Williams] have any secrets to ‘aging young’” as 80 looks fabulous on him.  “Did those many hours of rehearsing Cholly Atkins’ moves contribute to your wellbeing?”

Mr. Williams, a co-founder of The legendary Temptations, replied:
«The key is you’ve got to get proper sleep and eat a healthy diet.
“A lot of it for me, personally, is using good common sense when it comes to my food choices. Also, I don’t hang out and party all night, I stopped that a long time ago.
“Back in the late 70s, I realized, man, you really have to take better care of yourself, starting right now, if you’re going to keep performing, especially for the sorts of moves we make on stage. Back in the day, there’s no question that the moves Paul Williams, and then Cholly Atkins put together kept us lean. We were dancing machines.”

“Our songs and our moves have always been locked in together. Now in our stage show, at a certain point, we’ll bring out stools and sit and talk with the audience, I’ll tell fans I’ve been doing this six decades and I’m tired you all. They will start laughing. We turn it into a comedy thing, and they love it.

“Sometimes I look back at the stuff we used to do in the 60s & 70s and even in the 90s and think to myself, only when you’re young.  I still love performing and we just kicked off a national concert tour for our 60th Anniversary. We have two concert performances coming up in the New York area next month, on Staten Island at the St. George Theater on November 4 and the Westbury Music Theater on November 6.”

Sian Proctor, the First African American Woman to Pilot a Spacecraft: ‘the Reality Is That Solving for Space Solves for Earth’