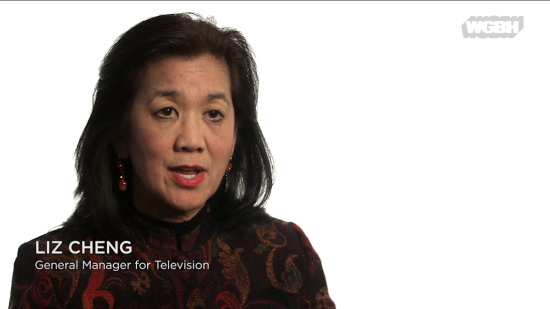 OTP: Tell us about “Stories from the Stage” and the latest Episode “Changed Forever 9/11”?
Liz Cheng: Produced by Boston-based GBH and WORLD Channel, Stories from the Stage (SFTS) gathers multicultural storytellers to share real-life experiences that illustrate compelling themes — from family vacations and holiday disasters to DACA Dreamers, standing up for a cause.    Changed Forever 9/11, our latest episode, looks at the effects of September 11 on the lives of three storytellers. With true stories, everyday people take us into their lives to tell about their best and worst moments in ways that spell out their differences of background, circumstances and orientation, while also showing vividly what we all have in common. My co-executive producer, Patricia Alvarado Núñez, I and Chris Hastings (who is the executive-in-charge of production) are from distinct diverse backgrounds, so it’s important to us that our greater communities are represented in all their glorious differences. We consider SFTS – the podcast and TV show — as a positive way to bring people together during a toxic and divisive time: it’s harder to fear or hate a person, who might seem very different from you, when they share one of their most vulnerable moments in a way that makes you think, empathize and even become inspired.

OTP: What message do you want to convey to your audience through this special programming?
LC: In witnessing the horrific attacks on that terrible day, we as a nation came together in shock and grief.  So many people were gone in an instant, leaving behind families, friends and a country that would be changed forever. As the days unfolded, we relived the tragedy again and again with stories of victims’ last moments, children who would never see their parents again and first responders who perished or became ill — and it felt as if our country would never heal.  Two decades later, we have moved forward, so now we’d like to share these stories of recovery, resilience and hope.

Our storytellers in this episode explore the complexity of experience post-9/11, with emotion, humor and deep insight. War correspondent David Filipov loses his father when the first plane crashes into the World Trade Center, and despite his grief, he leaves weeks later to cover the war in Afghanistan. His story is especially timely with the withdrawal of U.S. forces happening now. In our second story, Professor Michael Sargent, who sometimes uses his experience as a Black man to teach about racial stereotyping, boards a plane in Boston two weeks after the attacks and immediately becomes suspicious of another passenger with “olive skin.”  And Jude Treder-Wolff, a therapist who devotes herself to treating people impacted by 9/11, cannot shake the depression she feels until she takes an important healing step. In generously sharing their stories, we are transfixed and transformed by their experiences.

OTP: What’s your personal remembrance of the moment you learned the Towers were struck? Where were you, and in what ways has that day impacted your life to this day?
LC: On that day, I was working as a television executive at a news station in Boston. I remember my entire bank of monitors was suddenly filled with shots of the first plane hitting the north tower of the World Trade Center.  I called my father immediately, who had retired from working at a company located in the WTC, and said, “Dad, there’s been a terrible accident at your office building, turn on your TV.”

While we watched together, suddenly we saw new footage of a second plane hitting the south tower. Instantly, an accident became an attack.  We soon learned that the attackers had hijacked two planes from Boston.  I had started my career as a print and television journalist, so I ran down to the newsroom to help answer calls on the tip line from those who might have important info. Most were mistaken, some were crank callers, but some did have vital information.  Later, Boston-based reporters discovered the hotel where the hijackers stayed, their activity during the final days, their vehicle abandoned at Logan Airport and more.  It was tough to see the makeshift message boards with pictures of missing people posted all around the New York City crash site.  Among the hardest interviews to watch were the Boston families with loved ones on the hijacked planes, because there was no hope of survival. Unfortunately, the same feelings of shock and grief were reawakened on April 15, 2013, with the Boston Marathon Bombing.  Born in New York City and working for decades in Boston, I count myself fortunate I did not lose anyone in either attack.

OTP: What message do you hope this programming will convey?
LC: Our courageous storytellers are sharing intensely personal experiences to provide comfort and hope for those who lost someone or who witnessed the attacks. Those too young to remember these events can feel the anguish of loss, understand the challenges to recovery and witness the racism that still exists for those of Middle Eastern descent. I hope all who listen can feel uplifted by the resilience of the human spirit.