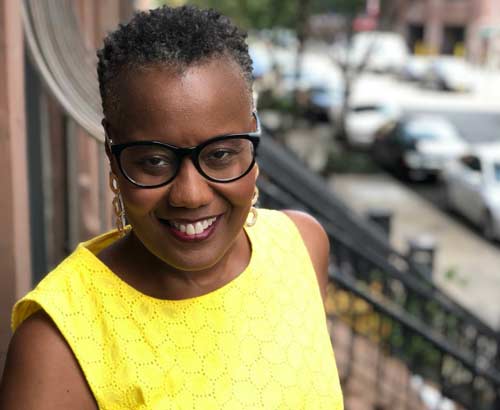 OTP: The New York Urban League’s call to action? Why and to whom?
Arva Rice: The report itself is designed to provide individuals with baseline information on the State of Black New York. We want to move from the belief that the experiences of African Americans is singular, from a certain group, and a certain geography to really looking at the widespread inequities within the African American community, and how they’re interlocking.
We appreciate the people that focus in on criminal justice, health and housing. But we also have issues in terms of income inequalities. It is the confluence of those issues for which we really need to develop broad strategies in order for them to be addressed (properly).
And so, our call to action is based this: there is still much work that needs to be done.
We haven’t written a report in over 15 years. In this, our Centennial year, we wanted to see what areas needed growth and development– the sticky issues as well as look at how far we have moved forward.
We have definitely seen a number of African American college graduates starting their own small businesses. It’s the time of Black girl magic and we’re seeing great strengths and growth in the areas of self-empowerment and entrepreneurism. But there are still disparities in incomes and that is unacceptable.
To see systematic changes, it is necessary for individuals to have a sustained commitment in changing systems.
It is difficult. We hosted a diversity summit last week, and one CEO said, we talk a lot about changing hearts and minds, but we should go beyond personal beliefs, and spend more time talking about developing strategies for changing these inequalities.
And it is by taking the conversation to another level that we may be able to encourage people, whatever their personal philosophies, to do the right and fair thing in their actions.
OTP: Would a first step be: more New Yorkers joining and supporting organizations like NYUL?
We ask this because the great scholar Dr. Adelaide Sanford once told us that change is affected by groups of individuals. The part is not as powerful as the whole.
Arva Rice: Obviously, Adelaide Sanford is an inspiration to all of us who do this work, and I appreciate her comment to you. I agree. It’s important for individuals to be involved and engaged. We saw that in the way the Divine Nine was so supportive of now Vice President-elect Kamala Harris. That successful work speaks to the amazing power of being involved, the power of the collective voice.
And the call to action speaks to this point: to be engaged, to move forward, we need to be busy, we need to be organized, we need to be doing the work.
OTP: It is important to get people involved at really the bottom level. The young professionals, that’s your pipeline, how are you developing that pipeline into the operations of the Urban League?
Arva Rice: We have various membership levels. There is a free level where you can just get information, and then for more levels of engagement there is a fee for membership. Our Young Professionals’ group is actively involved in community service, professional development and civic engagement, and they go up to Albany as part of the Black and Puerto Rican Legislative Caucus weekend.
The Young Professionals just celebrated their 15th year of civic engagement. They recruit new members and train and develop them. Their overall strength is in their working together. When we do have the national conference, and I’m praying that we are able to have that at least by 2022, the Young Professionals will be able to get together with other Young Professionals from other chapters and form an urban movement. The Houston chapter, Chicago chapter, the Los Angeles chapter, the New York chapter get to know each other as part of a national network, sharing ideas, exchanging information, and becoming unified and committed to changing a broken system.
OTP: We want to know the responses you get from the findings in the State of Black New York Report, and what the Young Professionals may be doing under the pressures of these times, to enhance their commitment. We would like to get back to you in January, after President-Elect Joe Biden and Vice President-elect Pamela Harris are sworn in and their full plan becomes officially activated. We also would like to talk about what’s happening in Congress at that time.
Arva Rice: Yes, I’d be happy to. I hope Congress will restart the Voting Rights Act by naming it after Congressman John Lewis; put together the George Floyd legislation so there’s a national registry for police officers; sign a stimulus package to give support and relief to states and cities with a particular focus on small businesses. I have my ideas for what I want to see implemented, and talk about the Biden Plan, as well.
For more information on NYUL’s State of Black New York plan and Arva Rice’s dynamic background, please visit: www.nyul.org