“Our Sisters” United Against Racism From Oval Office
Advertisement 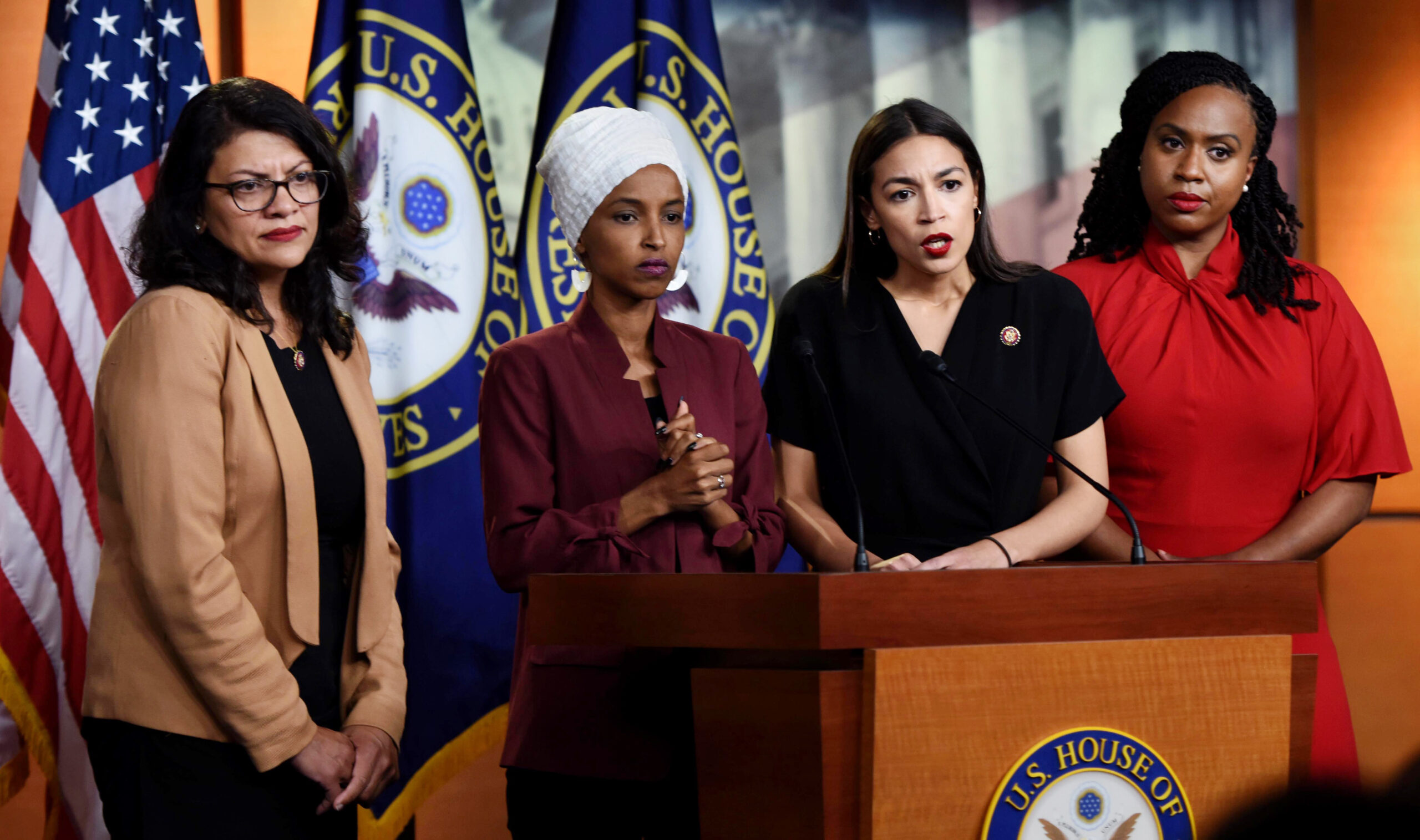 Washington, DC, U.S – From left Rashida Tlaib (D-MI), Ilhan Omar (D-MN), Alexandria Ocasio-Cortez (D-NY), and Ayanna Pressley (D-MA). These four
progressive Democratic Congressmembers and women of color, held a press conference at the U.S. Capitol, responding to President Trump’s outrageous
remarks via Twitter and his doubling down in the Oval Office telling them to “go back” to their home countries. The U.S. Reps. called Trump out,
characterizing his remarks as “blatantly racist” attacks.
On the 16th the House passed a resolution to condemn Trump’s Twitter rant as racist during a dramatic and contentious session where Republican
Congress members sought to censor Speaker Nancy Pelosi, preventing her from entering the word “racist” into the record in regards to the President’s
speech. They were unsuccessful. Photo: Carol Guzy/ZUMA Wire)