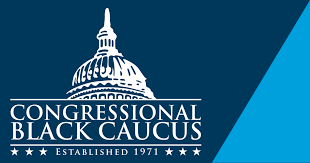 On Tuesday, the Congressional Black Caucus launched a new taskforce that will focus on the upcoming 2020 Census and the legacy of under counting the African American community. Members of the CBC will meet with stakeholders and leading professionals to discuss the current state of play. The Caucus will also discuss the tools required for effective outreach to hard to count communities across the United States. The taskforce will be led by Congressman Steven Horsford (D-NV). Below, Chairwoman Bass and members of the taskforce released the following statement:

“This time around, we are facing a big question regarding how the census is going to be administered in 2020 under the Trump Administration. With the census becoming digital, can you imagine working families receiving a postcard telling them to go online to fill out their census form? Many Americans might not have access to a computer or broadband services. That is why the Black Caucus is taking the lead to begin the work now. Through this taskforce, and under Congressman Horsford’s leadership, the Black Caucus will meet with African American leaders from around the country to discuss the current state of play and the tools needed for effective outreach to hard to count communities. Our community must be counted,” said Congresswoman Karen Bass, Chair of the Congressional Black Caucus.

“The Constitution declares that we must count all persons in this country. The Trump administration has taken coordinated action specifically to discourage and frighten people away from participating in the 2020 census, and now we are fighting back. I am taking part in this taskforce for my constituents in Nevada. Undercounting urban communities like mine can result in an unfair distribution of congressional seats and deny communities of color, specifically Black communities, access to representation in Congress. We only get one chance every ten years to get this right. Let’s make it count,” said,” Congressman Horsford, Chair of CBC Census 2020 Taskforce.

“Vital services for each community are directly tied to Census Counts. I must act as a leader to ensure every person is counted on the 2020 Census which is why I am proud to join the CBC’s Census Task Force. We already know that Black communities are undercounted, underscored by the fact that my district, NY-09, has one of the hardest-to-count districts in America. We must empower Black communities to understand the power of filling out the Census, so each community receives access to critically-needed resources in their backyards,” said Congresswoman Yvette Clarke (NY-09).

“I am proud to join my colleagues to ensure that our census is not weaponized to silence communities of color. States like my home state of Texas would lose billions to fund essential programs and fair representation in Congress if this administration wins the fight to silence our communities–that’s why this task force is critically needed,” said Congressman Marc Veasey (TX-33).

“Our Sisters” United Against Racism From Oval Office