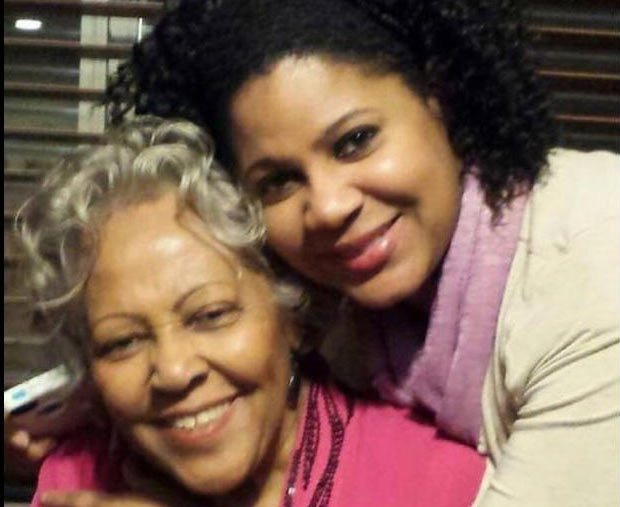 Ms. Arrington’s Grandchildren Have Their Say …Part III of III

My mom, Esther J. Arrington, was blessed to have a life with a loving family that was extended to include her many friends, and enjoyment of her wide-ranging interests. She managed to maintain it all, despite having a responsibility at work that meant she had to periodically be on call 24 hours a day.

Her years working for the Medical Examiner’s office had her working  non-traditional hours.  When not in the office, and she got a “case”, she had an assigned driver to pick her up and take her to a scene.   A “case” was a death that could be natural, suicide, accidental or murder.  These deaths could take place in difficult to reach places or dangerous places, murder scenes.  When she returned home, she did not bring the drama of the day with her.  She was tireless and devoted to her family and a believer in giving advice to her grandchildren … and children.

In 2015, Good Morning America interviewed Mom and my son, Garrett, as part of a collaboration with StoryCorp and ABC News.  The team followed Garrett in school and then home. The theme, the importance of family stories,  paired high schoolers with grandparents.  Mom spoke on her career journey  and life choices.  Their conversation was aired on Good Morning America.

When I spoke with Garrett about mom last week, he said Mom spoke to him all the time and gave him so much advice it was hard to pick out one thing to follow.    What he clearly recalls is her telling him, “hard work pays off, follow what you are good at, and  enjoy what you are doing.”  She advised him to always look out for others who might need guidance.   She told him to always improve himself, make sure he can stand on his own. Pray and look to God at all times.

He is following her advice in different ways: he has strategic mentors and he is a strategic planner: at the moment Garrett is working on the next steps to advance his career in finance and real estate.

It is not as though she was a full-time, omnipresent grandmother or mother.  But the time she spent with them was packed with experience, sage advice, laughter and presence.  When they were with her, she was always there, in the moment.  She gave each one something they could carry with them forever.