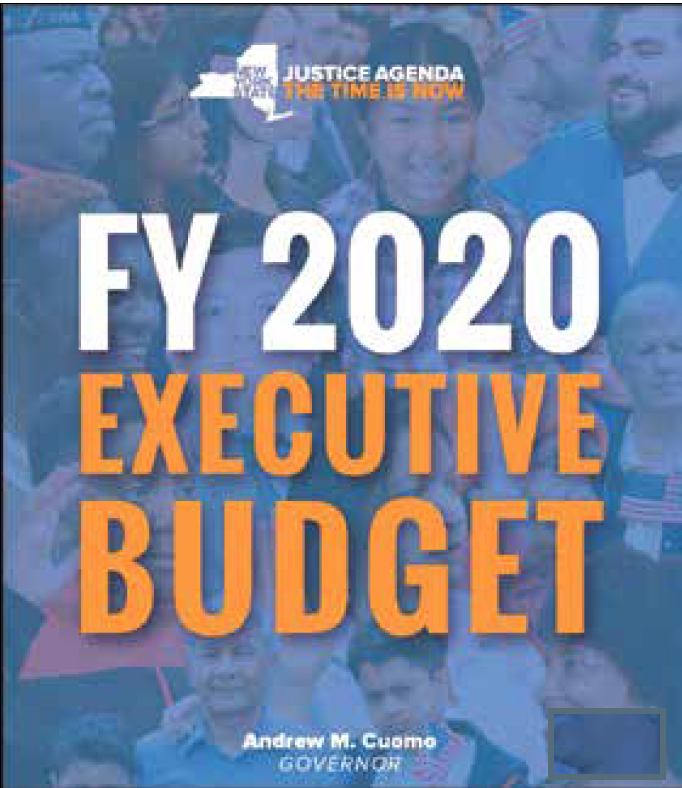 There’s a new sheriff in town and its name is The Democratic Party! Newly in actual power after the demise last fall of the Independent Democratic Caucus, the Dems hashed things out and eventually succeeded in presenting a unified front capable of delivering a $175 billion 2019-20 State budget that brings change concerning issues most important to their constituents.

One of the highest-profile wins is certainly the long-awaited criminal justice reform. The issue was brought into painful focus for the public when 22-year-old Kalief Browder took his life after three grueling years on Rikers Island – two in solitary confinement and the victim of brutal beatings. All because his family first could not afford, then was not allowed, to post $3,000 in bail. He was finally released with no trial or conviction and a few months the City paid his family a $3.3 million settlement in a civil rights and wrongful death suit after his suicide.

This new legislation doesn’t completely eliminate cash bail as some lawmakers had hoped, but it does do so for most misdemeanors and nonviolent crimes. The compromise agreement passed aims at speeding up the trial system and allows greater access and quicker to prosecutor evidence against defendants. Before entering into a plea deal, defendants will be allowed to review documents to see what evidence a prosecutor has against him or her.

Assembly Member Tremaine Wright commented for Our Time Press on some of the new laws and is particularly proud to have voted to pass this legislation.

“No longer will accused people sit in jail awaiting trial for low level, non-violent offenses,” she said. “These bail reforms are part of a comprehensive criminal justice reform package that the Black, Puerto Rican, Hispanic & Asian Caucus supports.  And while we are pleased with the strides we have made thus far, we remain poised to continue the push for a more just criminal justice system.

And Norman L. Reimer, executive director of the National Association for Criminal Defense Lawyers, called these changes “the most significant legislative reform of New York’s criminal justice system in generations.” He also listed several areas of work still ahead, however, “from achieving a more robust exercise of executive clemency power, to parole and probation reform, expungement of marijuana offenses, disclosure of law enforcement misconduct records, and more.”

Education was given a much-needed boost in the new budget as well, (although the disbursing of the more than $2 billion still owed to NYC schools through the Campaign for Fiscal Equity was not addressed). Meanwhile, the 2019-20 budget does allocate an additional $1 billion in state education. It also includes: an additional $50 million in Community Schools Aid; a $618 million dollar increase for Foundation Aid to the state’s neediest schools, bringing the allocation to $18.4 billion; a $15 million increase in Pre-K funding, now totaling $822 million; a $10 million increase for afterschool programs; $7.8 million for Adult Literacy Education; $18.5 in bilingual education grants; $103.9 million for Schools for the Blind and Deaf,; the restoration of $5 million to Aid to Public Libraries (resulting in a total $96.6 million) and more.

“Three years ago, New York became the first state in the nation to fund the My Brother’s Keeper initiative. The initiative focuses on family and community engagement, professional development, the expansion and development of exemplary school practices and models, and addresses issues related to restorative justice and racial disparities in education. The SFY 2019-20 Budget includes $18 million in ongoing funding for My Brother’s Keeper programs, for a total of $74 million in funding since the program’s creation.”

Both congestion pricing and the banning of plastic bags have been met with mixed reviews. Among those who hate what the overuse of plastics is doing to the earth, are people who say they value the convenience of plastic bags when shopping. Others point out that the poor will be unfairly affected by the ban.

Some admit that fewer cars in Manhattan will benefit air quality and gridlock, but they say can’t—or won’t – pay yet another fee. Diehard drivers are not necessarily moved by the application of these fees for transit improvements, either. The budget does mandate a new traffic mobility review board, as well as increased oversight for the MTA and faster completion of its projects. So let’s hope that riding mass transit will be more attractive to those who don’t have to – and especially to those who do.

“Hopefully, the money raised from congestion pricing will be properly used to improve NYC public transportation,” said Assembly Member Wright. “My community relies upon the bus and subways. The MTA should heed the requests of the community and make improvements that will improve service and access immediately. Many of the proposed subway signal improvements will take years to effectuate. The MTA must raise money, then borrow money, and finally execute the “planned changes. It is going to take more than three years. We cannot wait – some changes are urgent.

(Of course, there are many New Yorkers who don’t fit in neat boxes, who are taking a wait-and-see stance.)

One potential gamechangers attendant to the new budget that hasn’t been widely mentioned is the three paid hours of break on Election Day, Coupled with early voting in New York starting this fall (signed into law by Governor Cuomo in January), the paid break could make a real difference.

Not as successful in getting the requisite number of votes were campaign financing reform, a preferred form of taxing the wealthy and the legalization of recreational marijuana use.

The one percent, who pay virtually no taxes, will remain unbothered because the real estate lobby came down hard and heavy to block the pied a terre tax proposed in the budget. Instead a greater number of not as wealthy people will contribute a bit more in the form of a new “mansion tax.’ So people like Ken Griffin who purchased a $238 million penthouse won’t see any real estate tax increases, but those who purchased a $2 million dollar property or transferred ownership of a $3 million property will pay more. (There is more to this story, entailing varying degrees of wealth.)

“The changes to the mansion tax increases it from 1% to 1.25% for home sales above $2M; 1.35% between $3M – $5M; 2.25% between $3M-$5M; and 3% for home sales over $10M,” says Wright. “This will raise money for our MTA and public transit system. We already know there is a scheduled MTA fare increase scheduled for next year; the changes to the mansion tax will help provide money to keep our subway and buses operating and in good repair.”

And although the marijuana law did not pass, Wright is optimistic for the near future.

“I share the belief that we can create and pass legislation to legalize cannabis by June,” Wright said. “The negotiations have been moving along well this year; however, NYS is creating a new industry and as such, it is complicated. Nonetheless, we are committed to passing legislation that addresses equity and provides economic opportunities to all New Yorkers.”