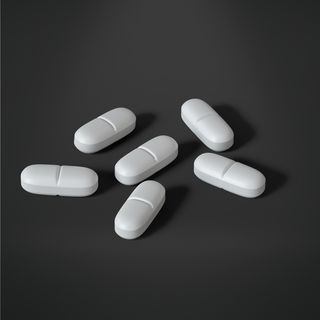 “New York State averages nine opioid-related deaths a day, while Perdue Pharma has sent sales representatives on over a million visits to doctors’ offices. The suit alleges that doctors were encouraged to increase dosages, though Perdue Pharma knew of the danger to patients.”

An amended lawsuit was filed by New York State Attorney General Letitia James, updating one filed last year against OxyContin creator and manufacturer Perdue Pharma. Last week’s updated suit names the Sackler Family, owners of the company and beneficiaries of massive wealth gained at the expense of New Yorkers who have been – and are – addicted and dying as casualties of the Opioid Epidemic.

New York State averages nine opioid-related deaths a day, while Perdue Pharma has sent sales representatives on over a million visits to doctors’ offices. The suit alleges that doctors were encouraged to increase dosages, though Perdue Pharma knew of the danger to patients. AG James says the company betrayed its mission and the people “in order to profiteer from the plague they knew would be unleashed.”

Johnson & Johnson and Janssen Pharmaceuticals; Cardinal Health and Rochester Drug Cooperative Inc, Israeli pharmaceutical company Teva and the drug distributors McKesson, Dublin-based Endo and Allergan and others are also named in the suit. Some of these also manufacture opioids and others distribute them after purchasing them in bulk. The manufacturers hid and denied harm and the distributors conspired to get around prescription guidelines limiting the number of pills patients could safely take.

But the lawsuit names the Sackler Family as, “the masterminds behind this crisis.” It states: “The Sacklers” said James, “as the owners of Purdue involved with each and every material decision relating to the development and sale of Purdue’s opioids, were actively involved in marketing Purdue’s opioids in a way that deceptively minimized those risks and overstated the benefits… “[The Sacklers] put profit over patients. As Purdue sold more and more opioids, the Sackler family transferred more and more and more wealth to their personal account.”

James says she is open to settlement talks. But she may seek to ban the companies named in the suit from selling drugs in New York and lawsuit damages could be in the tens of millions of dollars. She’d also require the companies to participate in funding for public campaigns to end opioid addiction.

The Sackler family has said it faces bankruptcy if forced to provide compensation to the now close to 2,000 lawsuits that have been filed against it, ranging from charges by individuals and families to class-action suits such New York State’s. Late last month the Sackler family and its company settled a suit brought by the state of Oklahoma, agreeing to $270 million and partially fund a new Oklahoma State University addiction treatment and research center.

However, the Sacklers may be balking at playing ball in New York’s court. Speaking about New York, a family representative said in a public statement: “Expanding this baseless lawsuit to include former directors of Purdue Pharma is a misguided attempt to place blame where it does not belong for a complex public health crisis. We strongly deny these allegations, which are inconsistent with the factual record, and will vigorously defend against them.”

Tish James’ lawsuit does not stop there, though. It takes to task New York arts and cultural institutions that have served as money-launderers of sorts for the Sackler family. Among them, the Guggenheim Museum’s Sackler Center for Arts Education; the Metropolitan Museum of Art’s Sackler Wing; American Museum of Natural History’s Sackler Educational Library; the Dia Foundation’s Sackler Institute; and the $6 million to New York Presbyterian Hospital in 2015 by Dr. Mortimer and the Theresa Sackler Foundation.

“Ultimately,” said James, “the Sacklers used their ill-gotten wealth to cover up their misconduct with a philanthropic campaign intending to whitewash their decades-long success in profiting at New Yorkers’ expense.”

The Guggenheim and the Met are reviewing their gift-acceptance policies. No word yet, as to if they will return any monies or change the names of those wings.

OP ED Alicia Boyd: Assemblyman Mosley Must Side with People, Not Profiteers