Mothers of the Movement
Advertisement 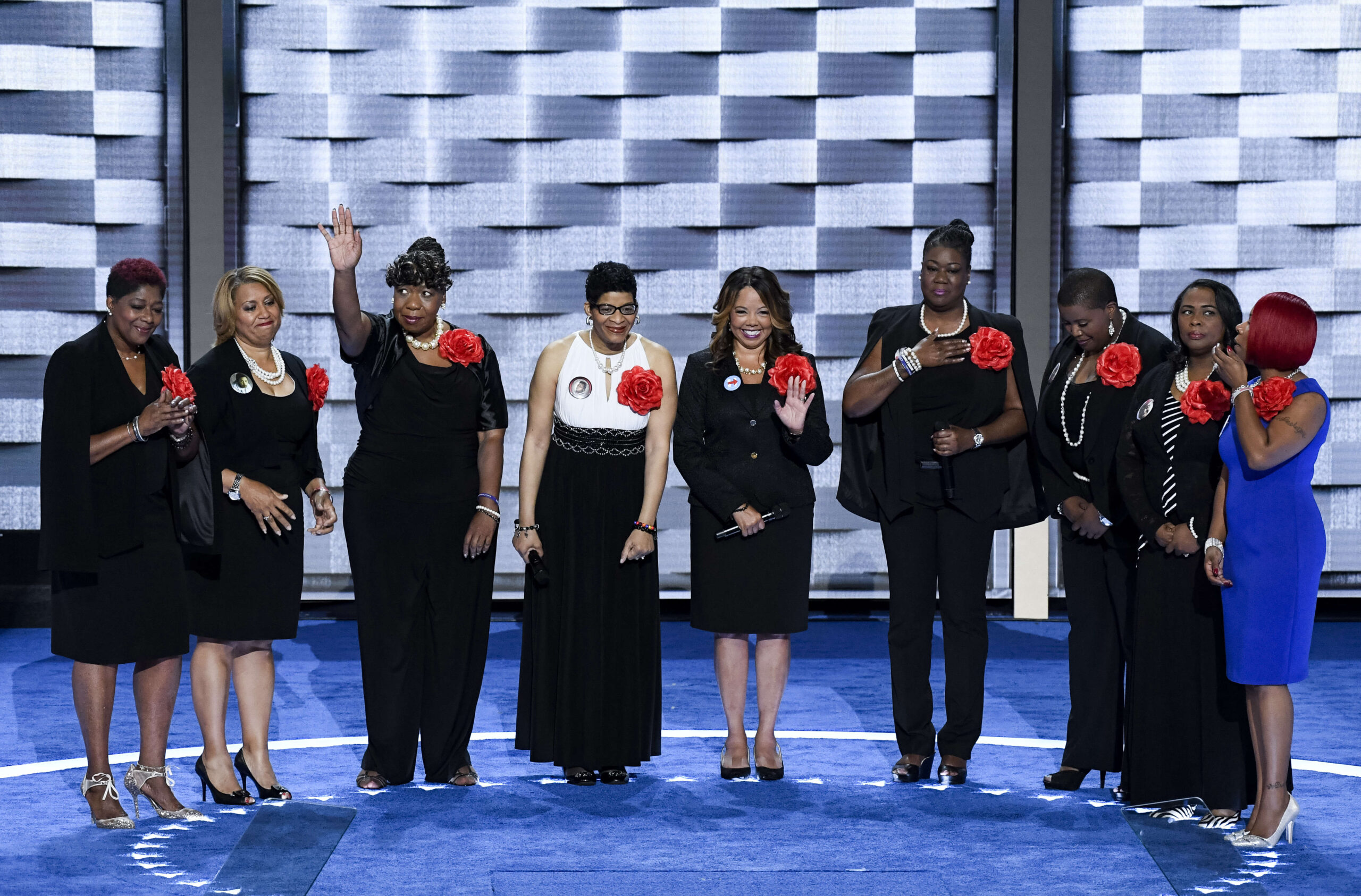 Geneva Reed-Veal: One year ago yesterday, I lived the worst nightmare anyone could imagine. I watched as my daughter, Sandra Bland, was lowered into the ground in a coffin.

Sandy, my fourth of five daughters, was gone.

No, not on administrative leave, but on permanent leave from this earth, found hanging in a jail cell after an unlawful traffic stop and an unlawful arrest.

Six other women died in custody that same month: Kindra Chapman, Alexis McGovern, Sarah Lee Circle Bear, Raynette Turner, Ralkina Jones, and Joyce Curnell. So many of our children gone but not forgotten.

I’m here with Hillary Clinton because she is a leader and a mother who will say our children’s names.

What a blessing to be here tonight, so that Sandy can still speak through her mama. And what a blessing it is for all of us that we have the opportunity, if we seize it, to cast our votes for a president who will help lead us down the path toward restoration and change.

Lucia McBath: You don’t stop being a parent when your child dies. I am still Jordan Davis’s mother. His life ended the day he was shot and killed for playing loud music. But my job as his mother didn’t.

I still wake up every day thinking about how to parent him. How to protect him and his legacy. How to ensure his death doesn’t overshadow his life.

Here’s what you don’t know about my son. When Jordan was little, he wouldn’t eat a popsicle unless he had enough to bring out to his friends. He loved practical jokes. He liked having deep conversations about our love for God and why He allows suffering and pain.

I lived in fear my son would die like this. I even warned him that because he was a young, black man, he would meet people who didn’t value his life.

That is a conversation no parent should ever have to have.

Hillary Clinton isn’t afraid to say black lives matter. She isn’t afraid to sit at a table with grieving mothers and bear the full force of our anguish. She doesn’t build walls around her heart.

Not only did she listen to our problems, she invited us to become part of the solution.

And that’s what we’re going to do. We’re going to keep telling our children’s stories and urging you to say their names.

We’re going to keep building a future where police officers and communities of color work together in mutual respect to keep children, like Jordan, safe. Because the majority of police officers are good people doing a good job.

And we’re also going to keep using our voices and our votes to support leaders, like Hillary Clinton, who will help us protect one another so this club of heartbroken mothers stops growing.

Sybrina Fulton: I am an unwilling participant in this movement. I would not have signed up for this. None of us would have.

But I am here today for my son, Trayvon Martin, who is in heaven.

And for my other son, Jahvaris, who is still here on earth.

I didn’t want this spotlight. But will I do everything I can to focus some of that light on a path out of this darkness.

Hillary Clinton has the compassion and understanding to comfort a grieving mother. She has the courage to lead the fight for common-sense gun legislation. And she has a plan to repair the divide that so often exists between law enforcement and the communities they serve.

This isn’t about being politically correct. It’s about protecting our children.

That’s why we’re here tonight with Hillary Clinton. And that’s why, in the memory of our children, we are imploring you — all of you — to vote in this election.

Hillary is the one mother who can ensure our movement will succeed.

We leave you what God has given us, strength and peace.

The Nation’s on an Olympic High, as Trump Sinks Low