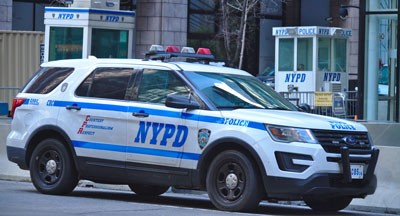 The Commissioner is responsible for the day-to-day operations of the department as well as the appointment of deputy commissioners and subordinate officers. The concern of many is the lack of approval by the New York City Council of the Mayor’s choice for Police Commissioner. At the state and federal levels, the New York State Senate and the United States Senate must review the background of the Governor’s and the President’s choices to hold public office and those nominees must be confirmed by the relevant legislative body.
Today the NYPD is under an unrelenting review on all sides; by the media, the public, by elected public officials, and the courts. There are large numbers of legitimate concerns expressed near and far by so many.

Brooklyn Borough President and mayoral candidate Eric L. Adams recently testified before the New York City Council that from his days thirty years ago as a police officer and continuing non-stop until today, racism has been rampant at all levels within the NYPD, especially among high ranking officials. One area of deep concern is the excessive use of physical force including deadly force by officers.

Another concern often raised is the fact that NYPD has paid out over one hundred million dollars in each of the past ten years in legal judgments in federal and state courts following lawsuits charging a wide range of misconduct. The payout exceeds one billion dollars; no private company would tolerate any employees whose conduct had caused such a legal payout!

Responsibility for the selection of the NYPD Police Commissioner must be taken away from the Mayor and given directly to the people via public elections.
It’s time to make the NYPD Commissioner an elected public office. It’s very important to note that all over the United States of America, police department heads are in fact elected public offices.

These agency heads go by many names such as sheriff, chief, superintendent, director, etc. And they all are elected. That means the persons who want to lead the police department actually go out and campaign for the post. They then are held directly accountable for their leadership by the voters at the next election. Some recent NYPD Commissioners have been arrogant and dismissive of public concerns because they do not answer to the New York City populace–they only answer to the Mayor.

This issue of electing the NYPD Commissioner is simply a matter of equality. All over the State of New York and throughout the country, citizens have the right to vote for their law enforcement agency heads.

It’s time this right is extended to New York City residents. Hopefully, it can be done in time for the 2021 Citywide elections.

Joe Gonzalez is a Community Activist who lives and works in Brooklyn New York.