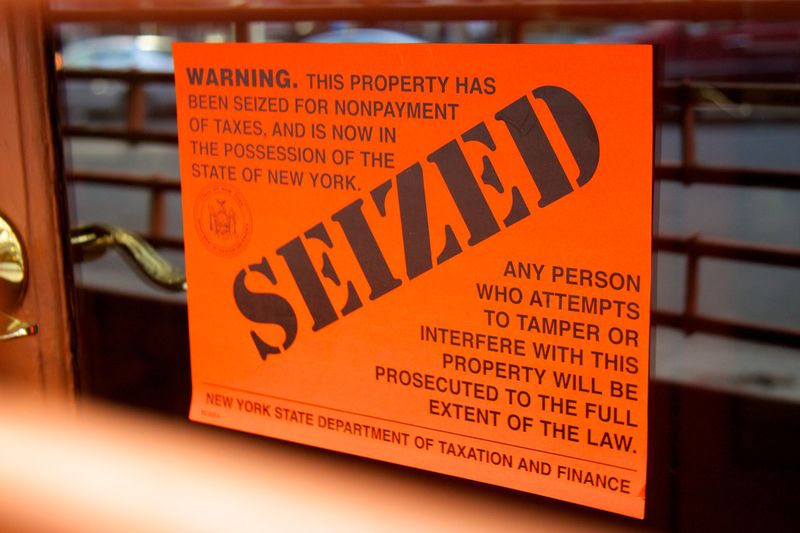 In America, it is legal in most states for police to take and keep your stuff without ever convicting you for a crime. Now, Attorney General Jeff Sessions apparently wants to let police do this even more often.

Most states and federal law already allows what’s called “civil asset forfeiture”. This lets police seize someone’s property without proving the person was guilty of a crime; they just need probable cause to believe the assets were used or obtained in some kind of criminal activity, typically drug trafficking.

Police can then absorb the value of the property — be it cash, cars, guns or something else — as profit, either through state programs or under a federal program known as “equitable sharing”, which lets local and state police get up to 80 percent of the value of what they seize as money for their departments. For police departments, this can end up a fairly profitable venture.

Speaking to the National District Attorneys Association Conference in Minneapolis on Monday, Sessions said he’s issuing a new directive that will, among other things, aim to increase civil asset forfeiture.

“[W]e hope to issue this week a new directive on asset forfeiture — especially for drug traffickers,” Sessions said. “With care and professionalism, we plan to develop policies to increase forfeitures. No criminal should be allowed to keep the proceeds of their crime. Adoptive forfeitures are appropriate as is sharing with our partners.”

Police already seize a lot of assets from people. A recent report from the Inspector General at the Justice Department, for example, found that the Drug Enforcement Administration alone seized more than $3.2 billion in assets from 2007 to 2016.

But Sessions wants more. The announcement comes in sharp contrast to the moves of several states — led by Republicans and Democrats — and President Barack Obama’s Administration, which attempted to limit the use of civil forfeiture following reports of its frequent abuse by police departments.

Critics have long argued that civil forfeiture allows law enforcement to essentially police for profit since many of the proceeds from seizures can go back to police departments. And while people can get their property back through court challenges, these cases can often be very expensive and take months or years.

Michael Sallah, Robert O’Harrow and Steven Rich uncovered several instances for the Washington Post in which people were pulled over while driving with cash and had their money taken despite little to no proof of a crime. The suspects in these cases were only able to get their property back after lengthy, costly court battles in which they showed they weren’t guilty of anything.

I also previously covered the story of college student Charles Clarke, who was at the airport when police took his life savings of $11,000. Police said they smelled marijuana on Clarke’s bags, but they never proved the money was linked to a crime, and Clarke provided documents that showed at least some of the money came from past jobs and government benefits. The case led to a lengthy court battle before the government finally returned his money — with interest.

Stories like Clarke’s have driven some states to enact reforms. For example, in New Mexico and North Carolina, a court must convict the suspect of a crime before the same judge or jury can consider whether seized property can be absorbed by the state. In Minnesota and Montana, meanwhile, a suspect must be convicted of a crime in court before the seized property can be absorbed by the state through separate litigation in civil court. And in California, the state requires a conviction for forfeiture — but only for financial seizures worth up to $40,000; a boat, airplane or vehicle; and any real estate.

States’ limitations don’t entirely stop police from seizing someone’s property; cops can still do that with probable cause alone and hold the property as evidence for trial.

But the government won’t be able to absorb the property and its proceeds without convicting the suspect of a crime. This limits police seizures in two ways: It forces cops to show the suspect was actually involved in a crime after the property is seized, and it can deter future unfounded seizures for profit since police know they’ll need to prove a crime.

The result: In much of the country, police can legally take your property even if you never committed a crime.

“It’s ridiculous. I think it needs to change,” Clarke told me in 2015. “I don’t think the cops should be allowed to take somebody’s money if they haven’t committed any crime. We’re treating innocent people like criminals.”