In Unity, Strength:Millions of Votes, One Movement
Advertisement 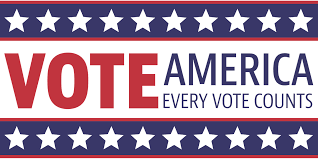 VOTE! VOTE! VOTE!
There is no other message of any importance now. The only thing that can save us from being ruled by White supremacists and an elite who are satisfied with the masses having just enough for room and board while the profits of their production accrue to the top 1% of the population.
This election cannot be a squeaker. The American people, or at least fellow Baby Boomers who grew up on Frank Capra films and World War II movies that spoke to the democracy we were destined to be, have to win it big.
The country needs to hand Trump and the entire Republican party a defeat of epic and historic proportions. Only an overwhelmingly Democratic congress will be able to provide a check and balance on the federal judiciary that the Republican party has already packed with rightwing zealots. Nearly 300 judgeships appointed so far, and even as lame ducks, these White supremacists now in the Senate can still waddle and cause damage with two months to go.
We’d like to think that the record-breaking early voting turnouts are all on our side. But it is more probably record-breaking for both parties. Do not be lulled. Be a part of that shock to the body politic of a truly massive Democratic vote. One coming in spite of the long lines caused by the Republican voter suppression efforts, ironically, the cause of the great frustration voters feel, just before they enter the booth and have the opportunity to vent. To win big in spite of the gerrymandering, to win big facing these headwinds will make possible enacting universal voting legislation that would transform the politics of the nation and maybe even save the world from the worst of climate change.
Of course, the virus is first on any agenda, but the size of the win will determine if all other progress will either be sudden, or return to a grindingly slow pace. Best case is that the Trump era will be seen is the springboard into a rebirth of the nation.
Or in the worst case, nightmare scenario, If by Friday the 13th of November, we don’t know who the winner is, or we know Biden won but Trump won’t concede, or Trump loses the popular vote by 20 million and still ekes out an electoral college win, we will be headed toward a place Baby Boomers never thought they’d see, and too dark as a nation to contemplate further.

Million Man March at 25
The Million Man March was the event which brought together several strands of the life experiences of two people that made Our Time Press possible. Beginning as “Coupon News” a double-sided sheet of coupons designed to help small businesses in November, it grew into the monthly Our Time Press in February, 1996.
The original mission was to create an entity that would support Black businesses, and bring to the readership news about local, national, and international news and analysis they weren’t getting anywhere else. We are thankful for the March and the impetus, and we are still on that mission.

View From Here: Which Will it be: Darkness or Light?

“Triumph of the Human Spirit”