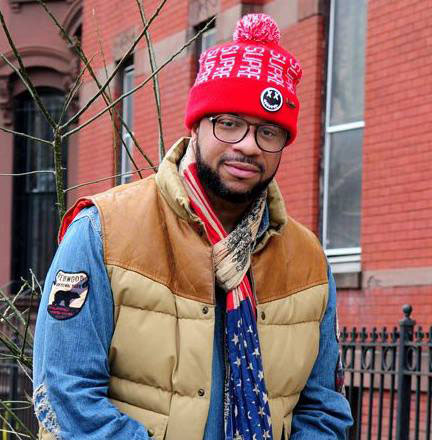 One day last summer, George texted me asking what I was doing. It was a slow Saturday, and I happened to have been free of my kids, so I hit him and told him I wasn’t doing anything. He told me that he wanted to talk and asked if I could come check him. I hopped in the SUV and drove over to Bushwick Avenue. George was waiting outside. He got in and we took a slow drive through the Brooklyn summer. We went from his house all the way to Columbia Street in Red Hook and back. We talked about his life. Dialysis. The Prosthesis. Diabetes. Crown Jewels. Chess. Women. We talked about a lot of different things, but the conversation was centered around his health. The dialysis made him sluggish and nauseous. It’s not a good feeling, he told me. I asked him about his diet. So-so, he told me. He said that most don’t understand how hard it is for him, how tasking being a Type 1 diabetic and an amputee with kidney failure can be. He said at times it feels overwhelming, too much. I told him that I could only imagine how hard it was, and then I said in fact I couldn’t imagine how hard it was at all. Healthy folk always use that cliched tagline when someone who is sick is relating their experiences to them. I used the same tagline, and then caught myself and kept it real. I don’t know what you’re going through but I’m always here to support.

George and I, we’d have this kind of one-on-one talk. The summer drive wasn’t the first, nor the last of its kind. George wanted to speak about his life. He wanted to. I never had to pull it out of him, he’d just start talking about it. I don’t know if others can vouch for the same experiences with him, but I can. We would talk. This past September, we were in my SUV again, this time I was driving him to meet with the owner of Break Bred Studio, Africa Hannibal, about moving his Crown Jewels Podcast to her space. Whole ride there we’re talking. I said, “Bro, you need to write this stuff out. You need to tell your story.” He said, “I don’t know where to start.” I said, “Start at the beginning.” Few weeks later, Kina and I dropped him off some elderberry syrup and some fire cider that Kina had set aside for him. I told him, “Man, you gotta take care of yourself. This stuff will help.” He texted me a week or so later: “The fire cider causes me to throw up a bit, so instead of a shot, I do a teaspoon. But the elderberry is dope!”

Thanksgiving Weekend, I went down to Atlantic City to see Run-DMC at the Hard Rock Resort. Just as I reached the hotel, George calls me. He tells me that he’s in the hospital, he’s been there for a few days. He was there for pneumonia. Immediately, I get riled up. “Why didn’t you tell me you were in the hospital??” He said, “I knew you were busy with family man. Didn’t want to bother you.” I told him that if he was still in the hospital when I returned, I’d come see him. Monday morning, I text him, “What’s good bro? You out?” He responded immediately, “Peace fam. Yeah, I’m at dialysis. I’ll call you when I’m done.”

Saturday, December 7th, I was in the middle of wrestling with my kids and my grandkids and George calls me. I didn’t pick up; instead, I texted him, “With all the kids, can only talk through text right now. What’s good?” He replied, “I’ll hit you later fam. You need all your senses with those little Kings and Queens.”

My friend, George Harris, died on Friday, December 13. George was well-known, so dozens of others will have their own stories of their experiences with him. He was a beautiful spirit. Always calm, always bright. He was analytical and balanced. He was funny and witty, and so stylish. I lauded his sneaker game and them satin NBA All-Star game jackets he used to rock. I never once beat him in chess. Our connection was Brooklyn – Vinnie Styles, House of Nubian, the store above Academy Deli (can’t remember the name to save my life). Our connection was community. Our connection was our tribe, this loosely knit group of about 100 of us that collectively represent unique swatches of the fabric from which one could weave the entire experience of growing up in Brooklyn in the 80’s and 90’s from. But more than anything else, our connection was one of respect and communication. George and I spoke a whole lot, mostly one-on-one, through phone, through text or in person. We were a lot alike in that sense, both in our heads, both needing to say aloud the things we were thinking to someone we knew would listen. I’m so thankful that we had that kind of relationship, and I’m going to miss those talks a great deal.

I love you bro. Thank you so much for being my friend.

It’s More Than A Crawl