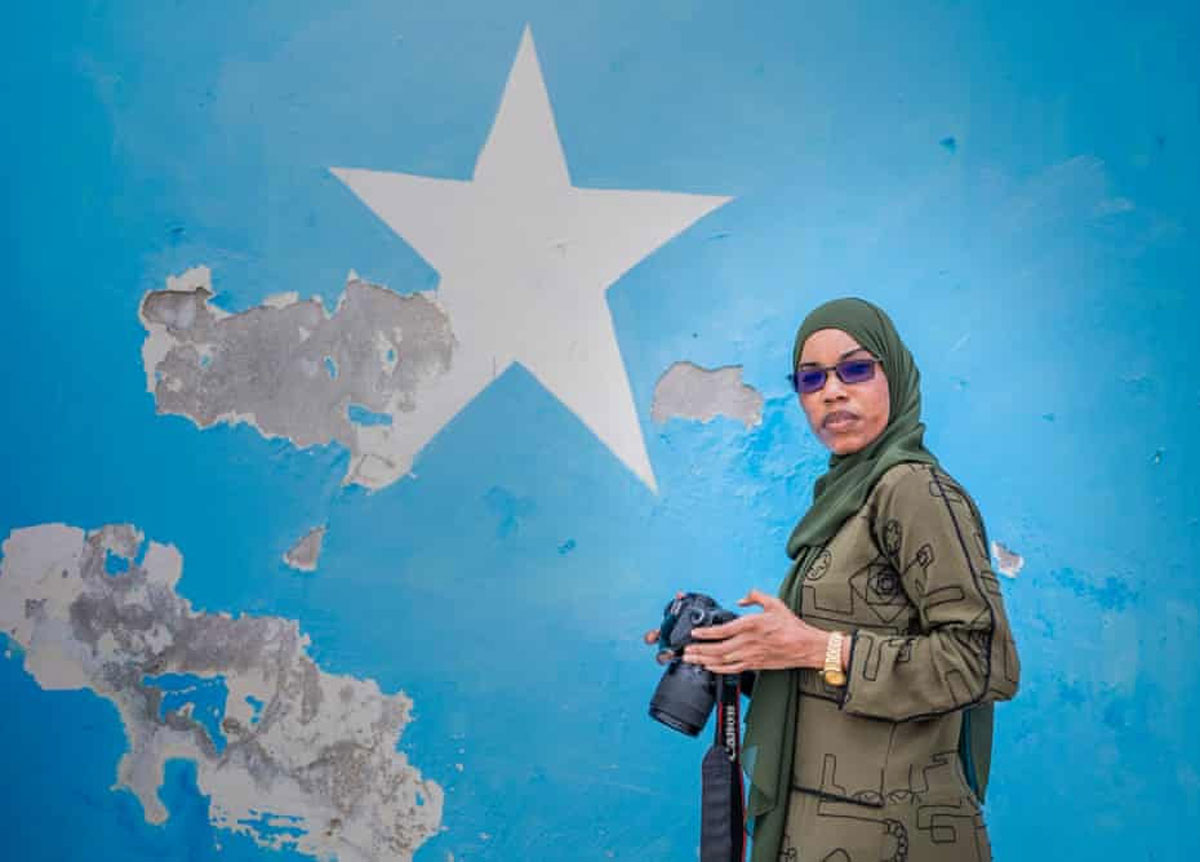 “I really do not care whether men are interested in our stories or not.” The pioneering Somali journalist Nasrin Mohamed Ibrahim, Somalia’s first woman to head a media house, beat the odds. Of her journey, she says, ‘I have had to fight many battles. Women are expected to keep their mouths shut here in Somalia. But Not Any More!” (Photo credit: Bilan)

Mogadishu —  Somalia’s first women-run radio and television outlet has opened in the capital, Mogadishu. United Nations-supported Bilan Media will produce content aimed at addressing issues affecting women and champion women’s rights in the conservative country.
The launch of Bilan Media in Mogadishu marks another leap in the effort by women to secure their place in Somalia’s patriarchal public arena.
Bilan means bright and clear in the Somali language, and the founders say they will stay true to its meaning by shedding light on some of the most consequential issues relating to and affecting women.

By going all-female, Bilan hopes to break the barriers in Somalia’s conservative society where issues such as rape, sexual assault and women’s medical issues are often ignored.
Bilan says it does not seek to compete with the mainstream media but to chart its course in elevating the voices of women and influencing the agenda in the male-dominated society
Fathi Mohamed Ahmed is the deputy editor.

She says, “I can say that the reason for the formation of this media outlet for women is that in most parts of Mogadishu and Somalia as a whole, there are media outlets where both men and women work but are managed and owned by men. The circumstances of women’s needs are not discussed in detail. For example, violence against women is not discussed in depth.”
Ahmed says the owners of the station are not out to make a profit.

It is not about making money, it is about showcasing the productivity and power of women. So we want to improve our skills and present them at a place free from corruption and abuse by men.

Practitioners in the industry say the launch of a female-only media house is a bold step in a country where Islamist militant groups do not hesitate to harm or even kill journalists.
The situation is even worse for female journalists who have to battle other forms of challenges such as sexual harassment in newsrooms, cultural stereotypes, pressures from families as well as low pay, compared to male counterparts.

Hinda Jama is head of gender affairs at the Somali Journalists Syndicate.
The potential challenges to this radio station are many, she says. As the radio is only operated by women, women could face challenges from Somali culture. Also, she says, Somali society is not accustomed to women doing things alone or being journalists working alone and most people are not aware of it. Religion-wise, she adds, some clerics may consider women unworthy to speak in the media.

The answers will come soon as to whether the station can meet these challenges. Bilan Media is scheduled to go on the air April 25th.