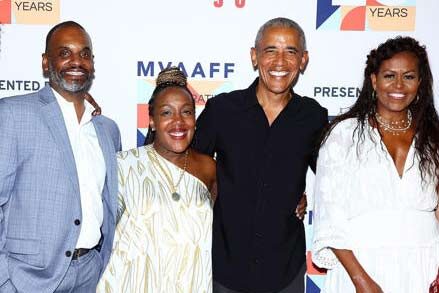 The Annual Martha’s Vineyard African-American Film Festival is celebrating its 20th year this summer with an all-star “cast” of filmmakers, including former President Barack Obama and First Lady, Michelle. Barack and Michelle Obama attended the opening night screening of Descendant, which is backed by their Higher Ground Productions company. The documentary, which will be released on Netflix, is the work of director and filmmaker Margaret Brown and is executive produced by Ahmir “Questlove” Thompson.