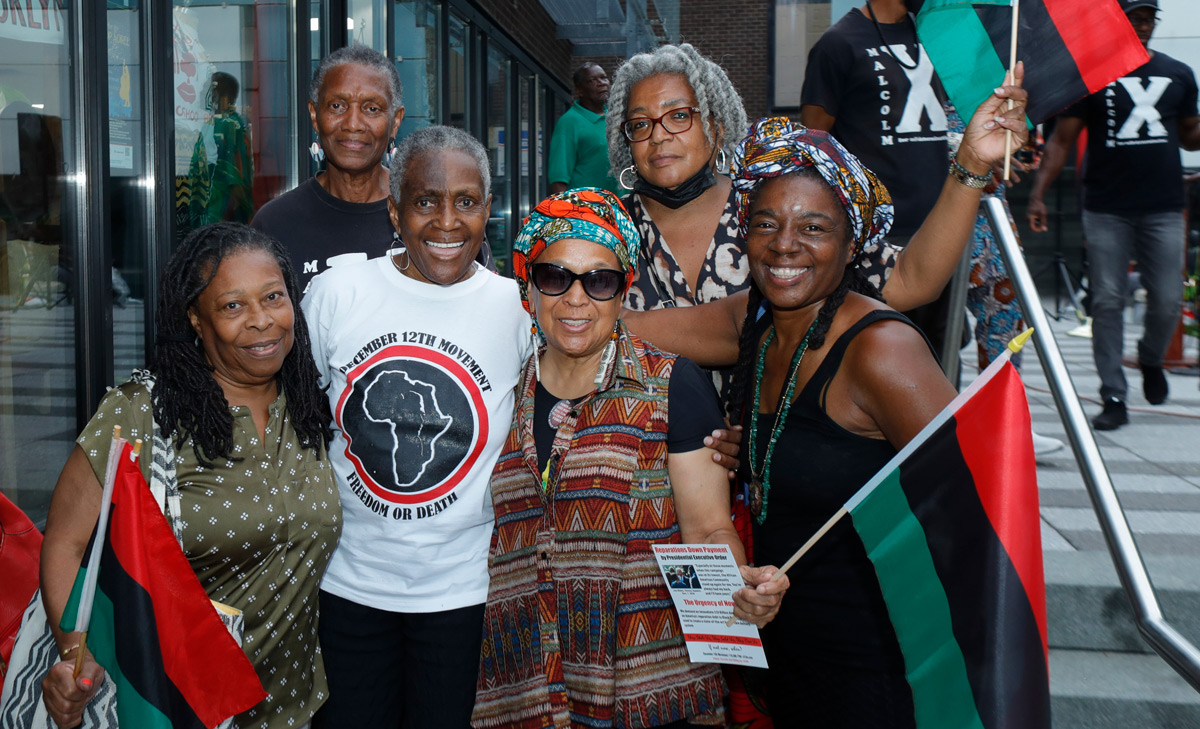 The burning issue of Reparation remains. The December 12th Movement has issued a clarion call for President Biden to stand up to his declared position on the Black vote on November 7, 2020, “Especially at those moments when this campaign was at its lowest ebb, the African American community stood up again for me,” Biden said, repeatedly slamming his fist on the podium as the crowd erupted in cheers. “You’ve always had my back, and I’ll have yours.”
“The December 12th Movement is demanding the President Biden issue an Executive Order for a 60 billion dollar down payment on Reparations to African Americans focusing on the state-of-the-art development and accessibility to quality Health Care in our community”, said Chairperson Viola Plummer.

President Joseph Biden has acknowledged that he would not have been elected US president without our vote and that he has our back. Let’s make him pay. Reparations Now!
The full audio and video presentation are available on Facebook and Sound Cloud (Black Vertex).

In Remembrance of Dr. Albert Vann