EFFECTIVE LEADERSHIP TAKES A “FIRST” PLACE IN OUR HISTORY
Advertisement 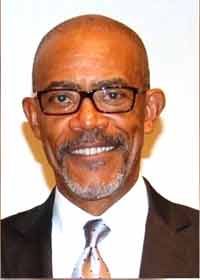 Dr. Lester W. Young, Jr’s Monday election by the Board of Regents to the pivotal role of Chancellor of New York State gives New York students and teachers a leader who is compassionate, consistent and who inspires.

Held in esteem by families, educators, education scholars and advocates throughout Brooklyn, New York State and beyond, Young, in his acceptance speech, said he would work with his constituents and supporters to build “a new possible.”
Young said, “We must use our leadership in this moment to set in motion the policies and practices that will enable over 700 school districts to rethink school and schooling in ways that will transform learning opportunities for all students.  We must go beyond the rhetoric of our commitment to education equity… (and) use the crisis cause by the pandemic to rethink our system of education. We must include perspectives that support and build self-esteem and self-identity of the very students who have been historically under-supported in our society and in our schools.”

Dr. Young is the first African American to serve in this position, the State Education Department announced. As Chancellor, Dr. Young will lead and serve as the presiding officer of the Board of Regents, which is responsible for the general supervision of all educational activities within the State, presiding over the University and the New York State Education Department. Dr. Young will assume his new role on January 12.
“Regent Young’s vast experience in education and unwavering commitment to improving the lives of disadvantaged students make him an exceptional choice to be Chancellor of the Board of Regents,” Vice Chancellor T. Andrew Brown said. “As Chair of the P-12 Committee, Regent Young has helped shape policy affecting New York’s 2.6 million schoolchildren and uniquely positions him to lead the Board of Regents in this unprecedented time when the state’s stark inequities are more apparent now than ever. I congratulate Regent Young and look forward to all he will accomplish in his new role.”

“Having worked with Regent Young for many years in our various roles in New York City and on the Board of Regents, I know there is no one more committed to achieving educational equity for all New York’s children,” Interim Commissioner Betty A. Rosa said. “Time and time again, Regent Young has demonstrated his courage, determination and steadfast obligation to helping our underserved populations rise above their circumstances and thrive in life. Through his decades of experience at all levels of education, he has earned the respect of New York’s education community and helped countless individuals. Regent Young brings immense knowledge, wholehearted passion and unmatched expertise to his new role and the Board is fortunate to have him as its new leader. I look forward to partnering with Regent Young in his new role, and the entire board of Regents, to advance equity in education for all children.”

Regent Young said, “I look forward to working with my colleagues on the Board, Interim Commissioner Rosa, the entire Education Department team, all New York state educators and, in particular, all of our families as we work to build more equitable and empowering futures for all New York’s students.”
Dr. Young has served as a Regent member since 2008. He has made creating opportunities “where every student can be successful” the guiding principle of his more than 50 years of public service. He began his career with the New York City Department of Education, holding positions as: Teacher, Guidance Counselor, Supervisor of Special Education and Principal. During his tenure as Principal, PS 183 Brooklyn (Ocean-Hill Brownsville), was recognized as a School of Excellence by the United States Department of Education (USDOE) and the New York State Education Department (NYSED) in 1987.

In March 2008, Dr. Young was appointed by the New York State Legislature as Regent At Large, The University of the State of New York and in April 2020 was appointed by the NYS Legislature to a fourth term as Regent At Large. Dr. Young co-chairs the P-12 Education Committee and the Regents Workgroup on Early Learning and Early Childhood Education; he chairs the Regents Workgroup to Improve Outcomes for Boys and Young Men of Color. His leadership in this area led to the establishment of the NYS My Brother’s Keeper initiative and under the leadership of the NYS Legislature, New York State remains the only state in the nation to have the My Brother’s Keeper initiative enacted into NYS law.

Continuing his commitment to public service, in 2014 Dr. Young was appointed to the New York State Juvenile Justice Advisory Group. Additionally, he is a Trustee for the Adelaide L. Sanford Institute (ASI); the Brooklyn Navy Yard Board; and the Shirley Chisolm Center for Equity Studies Advisory Board. During his career Dr. Young has also been a Trustee on many not-for-profit boards serving the Brooklyn community (the Brooklyn Children’s Museum, Bedford Stuyvesant Restoration Corp., and the Brooklyn Community Foundation).
Dr. Young volunteers as a mentor to superintendents, principals and aspiring leaders throughout New York City. He has been recognized by many local, national education, and civic education organizations for his professional contributions.

Dr. Young is profiled in Men of Courage II, documenting the lives and achievements of 27 African American Men. He is also a contributing writer to Child by Child: The Comer Process for Change in Education, 1999. Dr. Young received the Ed.D. degree from Fordham University and M.S. degree from Brooklyn College. Dr. Young is married to Dr. Renee Young and they are the proud parents of one son.