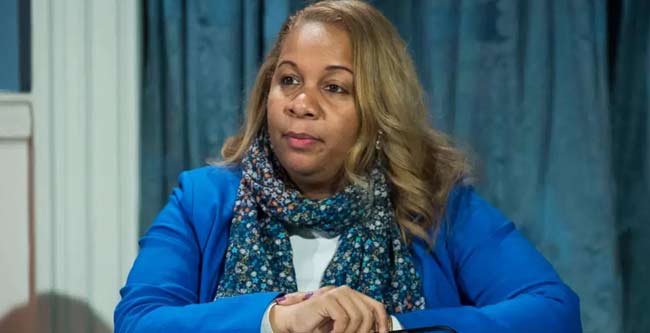 By Sarah Cobble
On February 26, 2021, Mayor Bill de Blasio appointed Meisha Porter as the next Chancellor of the New York City Department of Education (“DOE”), the largest school system in the nation. Porter was appointed after Chancellor Richard A. Carranza announced his resignation.
In his tenure as Chancellor, Carranza advocated for public education and equity. Chancellor Carranza led the New York City public schools through the coronavirus pandemic, which included distributing 500,000 devices for remote learning, 80 million meals served to New Yorkers in need, and reopening nearly all NYC school buildings. Carranza memorialized the first common definition of Culturally Responsive-Sustaining Education for the DOE, which committed to a future curriculum that recognized every student in the books read and lessons learned. Under Chancellor Carranza’s leadership, every student now has access to a guidance counselor or social worker.

Incoming Chancellor Meisha Porter is making history as the first Black woman to serve in the role and the first person appointed from within the DOE leadership in recent history. Born in Queens, New York, Porter came from a family of educators who taught her “the difference one teacher can make.” Porter is a graduate of New York City public school and has since “led at every level in the system.”

Porter began her career as a youth organizer in Highbridge and founded the Bronx School for Law, Government, and Justice (“Bronx School”). She worked at the Bronx School as a teacher and, later, became Principal. After 18 years at the Bronx School, Porter spent three years as District 11’s Superintendent (serving the Bronx neighborhoods of Pelham Parkway, Eastchester, and Woodlawn). Since 2018, Porter has served as the Bronx Executive Superintendent, where she leads the entire borough’s 361 schools and 235,448 students. Under her leadership, the borough’s graduation rates have increased by 5.7 percent. Postsecondary enrollment has also increased in the Bronx by 1.2 percent. Additionally, Porter was an adjunct professor at CUNY, a Columbia University Cahn fellow, an Aspen Institute fellow, a member of the Harvard University National Institute for Urban School Leaders, and the Fordham University – Carnegie Foundation iLead team. Porter has been awarded the National Association of Negro Women Sojourner Truth award, a Mercy College honorary degree, and multiple state and local recognitions. Incoming Chancellor Porter will start on March 15th.

Incoming Chancellor Meisha Porter said, “As a lifelong New Yorker, a product of our City’s public schools, and a career educator, it is the honor of my lifetime to serve as Chancellor…Mayor de Blasio and Chancellor Carranza have laid an incredible foundation for me and I am ready to hit the ground running and lead New York City schools to a full recovery.”
Sarah Cobble is the CityLaw intern and a New York Law School student, Class of 2022. www.citylandnyc.org

EFFECTIVE LEADERSHIP TAKES A “FIRST” PLACE IN OUR HISTORY