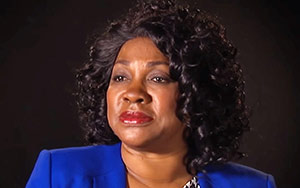 Dr. Beverly Wright, Ph.D, executive director of the New Orleans-based Deep South Center for Environmental Justice which she founded in 1992, has been appointed by President Biden to his White House Environmental Justice Advisory Council.  In this role, Dr. Wright joins other appointees in advising President Biden and Vice President Harris on how to address current and past injustices to minority and low-income communities.

After Hurricane Katrina, August 2005, Dr. Wright, a victim in the wake of the devastation, became an outspoken advocate for displaced New Orleans’ residents, fighting for the safe return of community members. In an interview with Yale, Dr. Wright said that racial justice must be at the center of climate justice, and Hurricane Katrina revealed how inequity “worsens the impacts of extreme weather” for underserved communities.

Over the years, Dr. Wright has conducted groundbreaking research in the area of environmental justice and she has developed a curriculum for use at the elementary school level that has been used by the New Orleans Public Schools. At the Center, she manages Hazardous Waste Worker Training Programs that embrace a work-based curriculum and a holistic approach to learning for young men and women living near Superfund and Brownfield sites resulting in their employment.

The WHEJAC was established by President Biden’s Executive Order on Tackling the Climate Crisis at Home and Abroad to fulfill his and Vice President Harris’s commitment to confronting long standing environmental injustices. It was also created to ensure that historically marginalized and overburdened communities have greater input on federal policies and decisions for Environmental Justice.

Dr. Wright said, “I am deeply honored to have been selected as a member of the White House Environmental Justice Advisory Council. The elevation of this body to the Office of the President demonstrates the importance of environmental justice to this Administration. I pledge to do all that is within my power to raise issues of concern to New Orleans and the Gulf Coast Region and to work tirelessly through WHEJAC to improve the health and wellness, including economic conditions, in communities disproportionately exposed to toxic pollution and climate-induced disasters.”

Among her many awards are EPA Environmental Justice Achievement Award, the Rainbow PUSH Coalition Community Award and the Beta Kappa Chi Humanitarian Assistance Award bestowed by the National Institute of Science and the Conrad Arensberg Award given by the Society for the Anthropology of Work.

Dr. Wright co-authored Race, Place & the Environment After Hurricane Katrina, and The Wrong Complexion for Protection: How The Government Response Endangers African-American Communities. She received a BA from Grambling College and an MA and Ph.D. from State University of New York at Buffalo. -Bernice Elizabeth Green

Workers Vote No on Union in Bessemer, Ala.