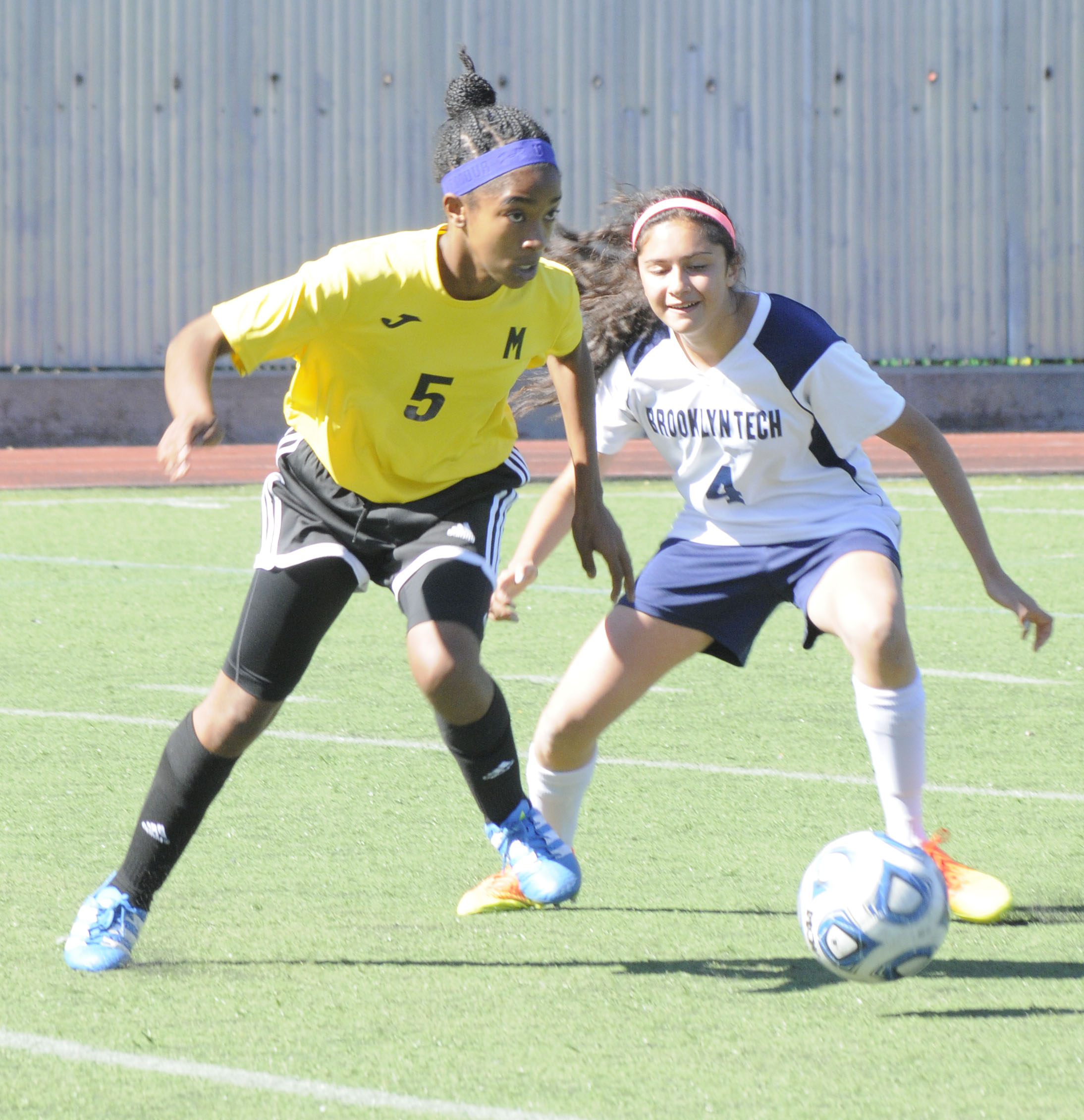 “The game went really well. In our last game we had just played this team last week, and the game was far more intense. We made it to the last minute, Brooklyn Tech won the game from a last-minute call. The early goals can help you spread the play and keep possession. I am really pleased with the game. Nia Blankson got the first 2 goals. The last goal was scored by Nicole Sparacio.”

We gave them too many chances early in the game to score. We were a little loose in defending, especially in midfield, kids running into the play, and when you get behind 2 goals to a team as good as Brooklyn Tech, it is really tough to come back.

So I talked to the kids by halftime about digging in and being a little tougher. By the second half, we controlled the plays a little bit more. We had one breakdown which led to a goal by the other team. But it was a much better second half, but unfortunately, the problem is, you can’t put yourself into that position.”