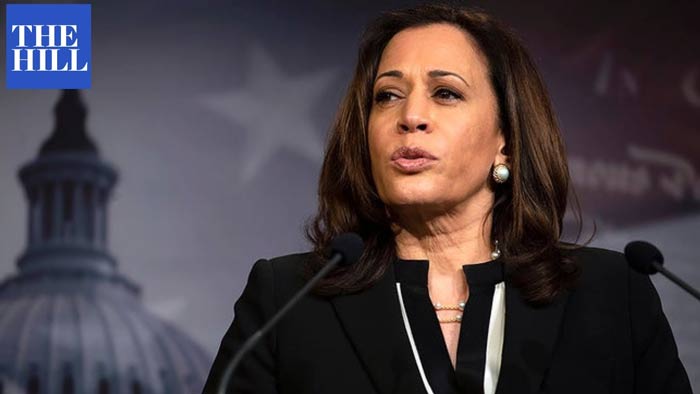 This week President Biden and Vice President Kamala Harris leaned in on critical challenges impacting Black and minority communities
President Joe Biden delivered the commencement address Friday morning at South Carolina State University where its esteemed alumnus U.S. Congressman James Clyburn walked with graduates for the fall 2021 commencement services.
Clyburn, whose early support of Biden for president had a significant impact on his win in the 2020 election, never walked during his graduation 60 years ago when he obtained his degree from the university in the fall of 1961. At the time, the university held only Spring graduation.

President Biden is renewing his focus on Black America as his poll numbers show a 51% disapproval rating. Black and Brown voters are a critical part of Biden’s electoral base that put him and Vice President Kamala Harris over the top in their presidential contest against former president and vice president Donald Trump and Mike Pence. They will be equally important in the 2022 election year.

Critical issues impacting Black Americans dominated conversations at the White House on Thursday with the Biden-Harris administration turning its attention to the remediation of lead pipes in urban communities and voting rights.
The administration announced this week a 15-point action plan to address lead pipe and paint exposure in Black and minority communities that has for years been unaddressed by local and state governments. Biden vowed to address the issue during his run for the Oval Office.

Come next year, the Biden-Harris administration will begin dispersing billions of dollars to states, tribes and territories over five years for the remediation of the nation’s lead pipes and lead paint. The Biden White House originally asked for $45 billion from Congress to help clean up the nation’s lead contamination which has negative impacts on the health of Americans. However, only a third of Biden’s proposed budget ($15 million) was approved by Congress. The first round of these allocations will be $2.9 billion.

Ali Zaidi, Biden’s deputy national climate advisor, said there are six to 10 million homes that are impacted by lead service lines, however, he clarified that the White House cannot quantify what is expected to be completed throughout this years-long project.

Efforts by the White House to address America’s lead issue seeks to address the health disparities of Black and Brown communities, specifically children. According to a study from National Center for Biotechnology Information, “African-American children had 2.2 times higher lead levels in the second and third trimesters and 1.9 times higher lead levels postnatally in the first year of life.”

Mitch Landrieu, the former mayor of New Orleans tasked by President Biden to serve as his senior advisor and infrastructure coordinator, is working across 10 government agencies to address the harms of lead contamination on all fronts — from the Environmental Protection Agency and Department of Housing and Urban Development to the Department of Education.

Landrieu told theGrio that “the incredible amount of lead that is in our water and in our pipes that are particularly affecting kids of color that has just made it really hard for these kids to do well. He noted that lead poisoning can “destroy brain development.”

The clearing of the lead pipe issue was a Biden presidential campaign promise that was spotlighted with a bright light in another presidential campaign years prior in 2016 by then presidential candidate Hillary Clinton who said the infamous lead pipe contamination in the predominantly Black city of Flint, Michigan was “immoral.”
The crisis that lasted from 2014 to 2019 brought a national focus on the issue and a sense of urgency, attracting attention from civil rights groups and community leaders.

“The president believes the right to vote is the cornerstone of our democracy” said Jean-Pierre who shared that in addition to talks in Washington with congressional leaders, the Department of Justice “has been doubling their voting rights staff at the civil rights division, as well as taking steps to ensure compliance with voting rights statutes. Launching a task force to combat the increase of threats against elections officials and elections workers.”

The DOJ recently announced a lawsuit against the state of Texas for its gerrymandering process that does not consider minorities, particularly Hispanics. The lawsuit focuses on Section 2 of the Voting Rights Act of 1965, which was gutted by the Supreme Court in Brnovich v. Democratic National Committee, as it was also in Shelby v. Holder under section 5. Pre-clearance in the cornerstone voting rights law required southern states with a history of practicing voter discrimination tactics to have any changes to their voting laws be approved by the Department of Justice.

Jean-Pierre told reporters in the briefing room that President Biden has put Vice President Harris in charge of efforts to move the passage of new voting rights laws forward to include efforts to restore pre-clearance.
House Majority Whip Congressman James Clyburn emphasized on Thursday the urgency for the Biden-Harris White House and Democrats to pass currently stalled laws that seek to restore voting rights in America.

Clyburn, who has become known as a tastemaker and critical voice as a leading Black member of Congress, warned that not doing could literally result in Black voters staying home for crucial elections.
“If voting rights is not passed into law at the beginning of the year, democracy is lost and Black people will not go to the polls and vote in the next round of elections,” he said.