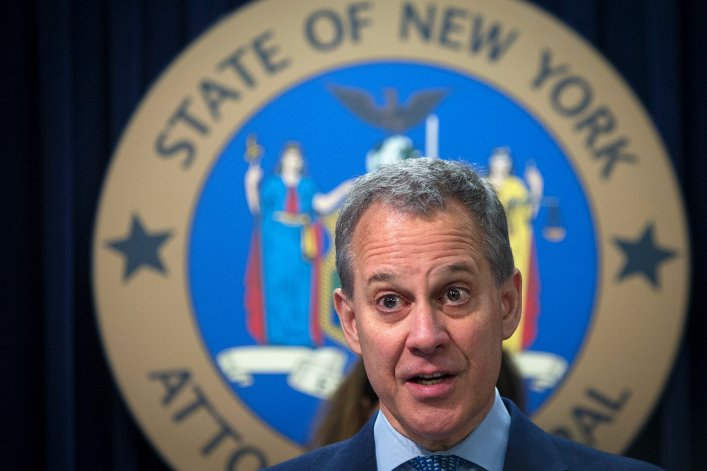 If Left In Place, NSEERS Framework Could Serve As Blueprint For Future Registry Of Muslims Nationwide

NEW YORK – Attorney General Eric T. Schneiderman today called on the Obama Administration to rescind the regulatory framework of the National Security Entry-Exit Registration System (NSEERS), a controversial registry created during the George W. Bush era that sought to track and register non-immigrant males from primarily Arab, Muslim, and South Asian countries regardless of whether they were suspected or accused of any wrongdoing.

Created in the wake of September 11, 2001, NSEERS targeted boys and men primarily from Muslim-majority countries. After the program proved to be ineffective at reducing terrorist activity, new registration in the program was terminated by the Department of Homeland Security in 2011. However, the regulatory framework undergirding the program remains in place, creating an unacceptable temptation for future administrations to restart the program.

The registry has not proven to provide any law enforcement benefit whatsoever. Rather, the NSEERS regulatory framework currently serves only as a dormant reminder of a misguided and discriminatory policy. NSEERS undermined trust and hindered open communications between law enforcement and community members, thus hampering the ability of law enforcement to promote public safety.

“America is a nation built by immigrants and the NSEERS program is an affront to our core American values of pluralism and equal justice under law,” said Attorney General Schneiderman. “We can’t risk giving President-elect Trump the tools to create an unconstitutional religious registry. We can never allow our nation to return to the dark days of Japanese internment. By finally dismantling the NSEERS program now, President Obama can make a repeat of that horror significantly more difficult.”

The “call-in registration” portion of NSEERS targeted males from 25 primarily Arab, Muslim-majority, African, and South Asian countries, as well as North Korea and Eritrea, and required them to appear at local immigration offices for fingerprinting and interrogations.

Despite registering more than 80,000 teenage boys and men, NSEERS failed to result in a single terrorism-related conviction. More than 13,000 men who registered with NSEERS were placed in removal proceedings, leaving their families and communities devastated.

By facilitating the government’s ability to single out individuals for special registration, the NSEERS framework echoes policies that many Americans, including law enforcement officers, have disavowed.

This is how tyranny begins: Why will President Donald Trump continue to hold rallies?