This is how tyranny begins: Why will President Donald Trump continue to hold rallies?
Advertisement 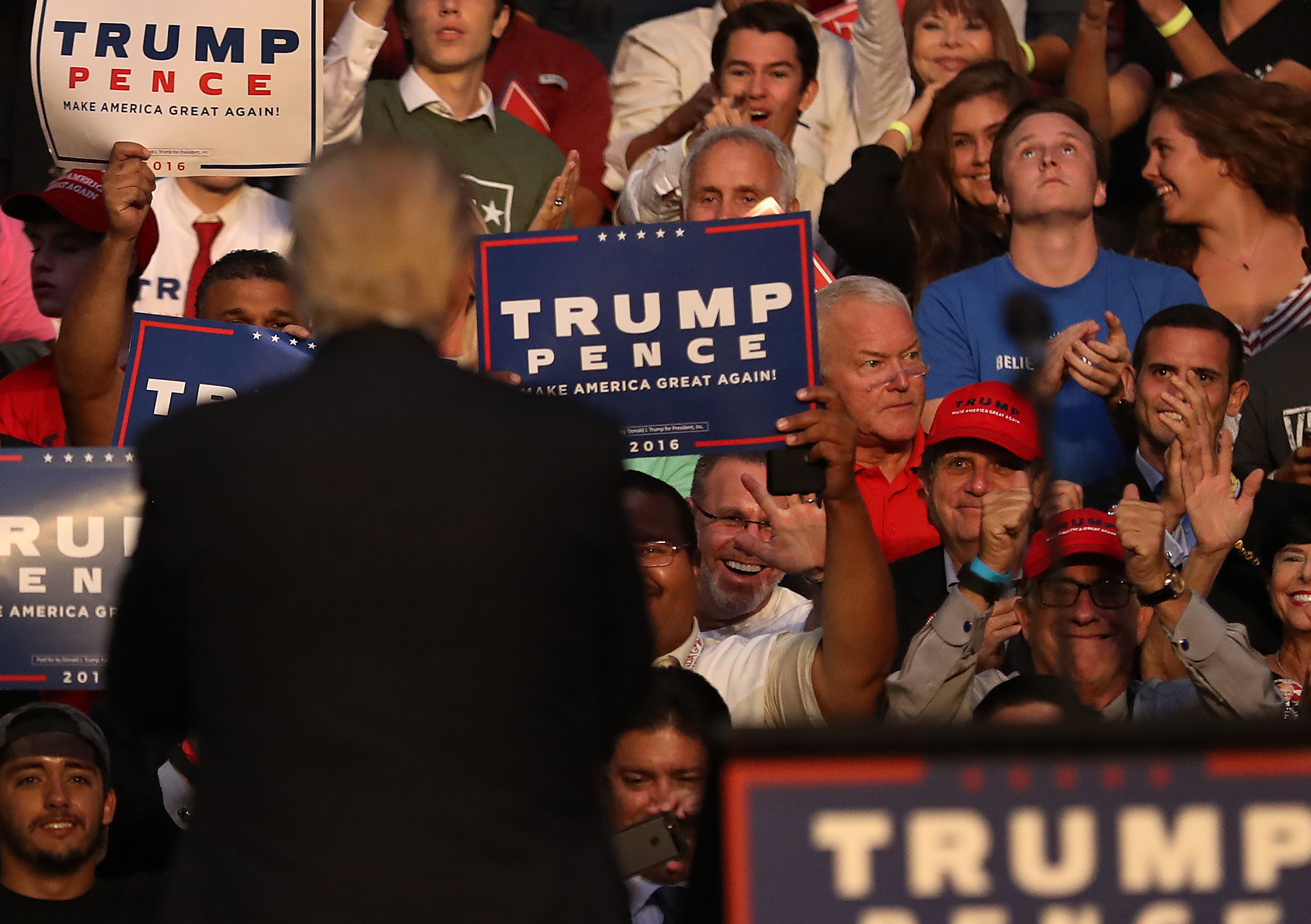 Donald Trump has just finished the last of his nine post-election “thank-you tour” rallies. Why did he do them? And why is he planning further rallies after he becomes president?

One clue is that Trump conducted them only in the states he won. And most attendees appeared to have voted for him — overwhelmingly white, and many wearing Trump hats and T-shirts. When warm-up speakers asked how many had previously attended a Trump rally, most hands went up.

A second clue is that rather than urge followers to bury the hatchet, Trump wound them up. “It’s a movement,” he said in Mobile, playfully telling the crowd that in the run-up to the election, “You people were vicious, violent, screaming, ‘Where’s the wall?’ ‘We want the wall!’ Screaming, ‘Prison!’ ‘Prison!’ ‘Lock her up!’ I mean, you were going crazy. You were nasty and mean and vicious.” He called his followers “wild beasts.”

A third clue: Rather than shift from campaigning to governing, Trump’s post-election rallies were almost identical to the rallies he held when he was a candidate — the same format, identical pledges (“We will build a great wall!”) and same condemnations of the “dishonest” media. They also elicited many of the same audience responses, such as “Lock her up! Lock her up!”

And rather than use the rallies to forgive those who criticized him during the campaign, he employed them to settle scores — criticizing politicians who opposed his candidacy, like Ohio Gov. John Kasich; blasting media personalities who predicted he would lose, such as CNN’s John King; and mocking opponents, such as Evan McMullin, the Republican who campaigned against him as an independent in Utah.

Trump vows to continue these rallies after he becomes president. As he told the crowd in Mobile, “They’re saying, ‘As president, he shouldn’t be doing rallies.’ But I think we should, right? We’ve done everything else the opposite. This is the way you get an honest word out.”

“Get an honest word out?” There’s the real tipoff.

Like his non-stop tweets, Trump’s purpose in holding these rallies is to connect directly with a large and enthusiastic base of followers who will believe what he says — and thereby reject facts from mainstream media, policy analysts, government agencies that collect data and the scientific community.

During his just-completed “thank-you tour,” Trump repeatedly claimed, for example, that the murder rate in the United States is the largest it’s been in 45 years. In fact, it’s near a 50-year low, according to the FBI.

He also repeatedly said he won the election by a “landslide,” when in fact he lost the popular vote by 2.8 million votes — over five times Al Gore’s margin over George W. Bush in 2000.

And he repeatedly asserted that the election was marred by “massive voting fraud,” when in fact there has been no evidence of voting fraud at all (unless you consider the possibility that Russia hacked into our voting systems — which Trump dismisses).

A democracy depends on truth. Trump’s claims that the murder rate is soaring may elicit support for policies such as harsher policing and sentencing — the opposite of what we need. His assertions that he won by a landslide may give him a mandate he doesn’t deserve. His claims of “massive voter fraud” could legitimize further efforts to suppress votes through rigid ID and other requirements.

If repeatedly told Muslims are the enemy, the public may support efforts to monitor them and their places of worship inside America, or even to confine them. If told that tide of undocumented immigrants is rising (in fact, it’s been falling), the public could get behind draconian policies to keep them out.

If told to ignore scientific evidence of climate change, the public may reject efforts to reverse it. If told to disregard CIA reports of Russian tampering with our elections, the public could become less vigilant about future tampering.

In short, the rallies and tweets give Trump an unprecedented platform for telling Big Lies without fear of contradiction — and therefore for advancing whatever agenda he wishes.

It’s no coincidence that Trump continues to denigrate the media and hasn’t held a news conference since July.

A president intent on developing a base of enthusiastic supporters who believe boldface lies poses a clear threat to American democracy. This is how tyranny begins.

Robert Reich, one of the nation’s leading experts on work and the economy, is Chancellor’s Professor of Public Policy at the Goldman School of Public Policy at the University of California at Berkeley. He has served in three national administrations, most recently as secretary of labor under President Bill Clinton. Time Magazine has named him one of the ten most effective cabinet secretaries of the last century. He has written 13 books, including his latest best-seller, “Aftershock: The Next Economy and America’s Future;” “The Work of Nations,” which has been translated into 22 languages; and his newest, an e-book, “Beyond Outrage.” His syndicated columns, television appearances, and public radio commentaries reach millions of people each week. He is also a founding editor of the American Prospect magazine, and Chairman of the citizen’s group Common Cause. His new movie “Inequality for All” is in Theaters. His widely-read blog can be found at www.robertreich.org.

THE MOVEMENT TO OPPOSE TRUMP