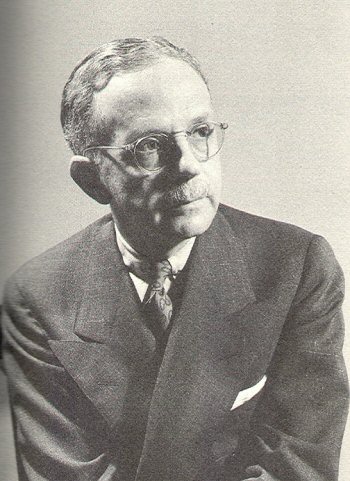 Ron Stallworth is becoming a known entity across the nation as buzz builds for Black Klansman, Spike Lee’s film based on an incredible chapter of his true-life story.  In the film we see Stallworth conceiving and directing an undercover sting operation aimed at undermining the activities of the Colorado chapter of the Ku Klux Klan.

But before Stallworth, there was Walter Francis White, a founder of the NAACP, whose very light complexion allowed him to pass for white, should he choose. White only chose to be white in certain situations though – like the several times he infiltrated the Klan by posing as one of them. Although his work was daring and dangerous, he persevered, collecting valuable and actionable intelligence in the fight against the Klan’s influence and atrocities.

Walter Francis White was a leading civil rights advocate of the first half of the twentieth century.  As executive secretary of the National Association for the Advancement of Colored People (NAACP) from 1931 to 1955, he was one of the major architects of the modern African-American freedom struggle.

White, whose blond hair and blue eyes belied his African-American ancestry, was born in Atlanta, Georgia on July 1, 1893, the fourth of seven children.  His parents, George W. White, a graduate of Atlanta University and a postal worker, and Madeline Harrison White, a Clark University graduate and schoolteacher, were solidly middle class at the time when the vast majority of Atlanta Blacks were working class.

Walter White graduated from Atlanta University in 1916 and one year later helped establish the Atlanta branch of the NAACP after briefly working as an insurance agent. In 1918, at the invitation of James Weldon Johnson, the NAACP’s executive director, White moved to New York City, New York and became the assistant secretary for the national organization.

White’s first major racial justice campaign effort in the National NAACP Office came when he persuaded the association to oppose the Atlanta Board of Education’s decision to eliminate seventh grade for African-American students as part of an effort to finance a new high school for white students.  Between 1918 and 1931, White built a national reputation both within and beyond NAACP circles.  He authored a number of books, including Rope and Faggot: A Biography of Judge Lynch (1929), which became a major expose of lynching in the U.S.

At great personal risk, White used his fair skin, blue eyes and other “white” features to successfully infiltrate the Ku Klux Klan and other white supremacist organizations.  His clandestine surveys of these groups and their activities gave the NAACP firsthand knowledge of at least 40 murders of Black people.   From: blackpast.org

Once during the “Red Summer” of 1919 he was almost lynched while investigating violence in Phillips County, Ark., where organized Negro sharecroppers shot back at a white mob attacking Negroes assembled in a small church. A white man was killed in that exchange of shots. Subsequently, some 200 Negro men, women and children were hunted and shot down in cold blood.

“White covered the trial as a reporter for the Chicago Daily News. Informed by a Negro that the whites were planning to get him, the NAACP investigator caught the next train out of Helena. The conductor said, “But you’re leaving mister just when the fun is going to start.” Asked that, the conductor replied, “There’s a damned yellow nigger down here passing for what and the boys are going to get him.” “What’ll they do with him?” “When they get through with him he won’t pass for white no more!” the conductor replied. When White reached Memphis, the news had been circulated that he had been lynched in Arkansas that afternoon.” From “Walter White and the Fight for Freedom”. The Crisis: (March 1969).

THE SIGNIFICANCE OF MARCUS MOSIAH GARVEY