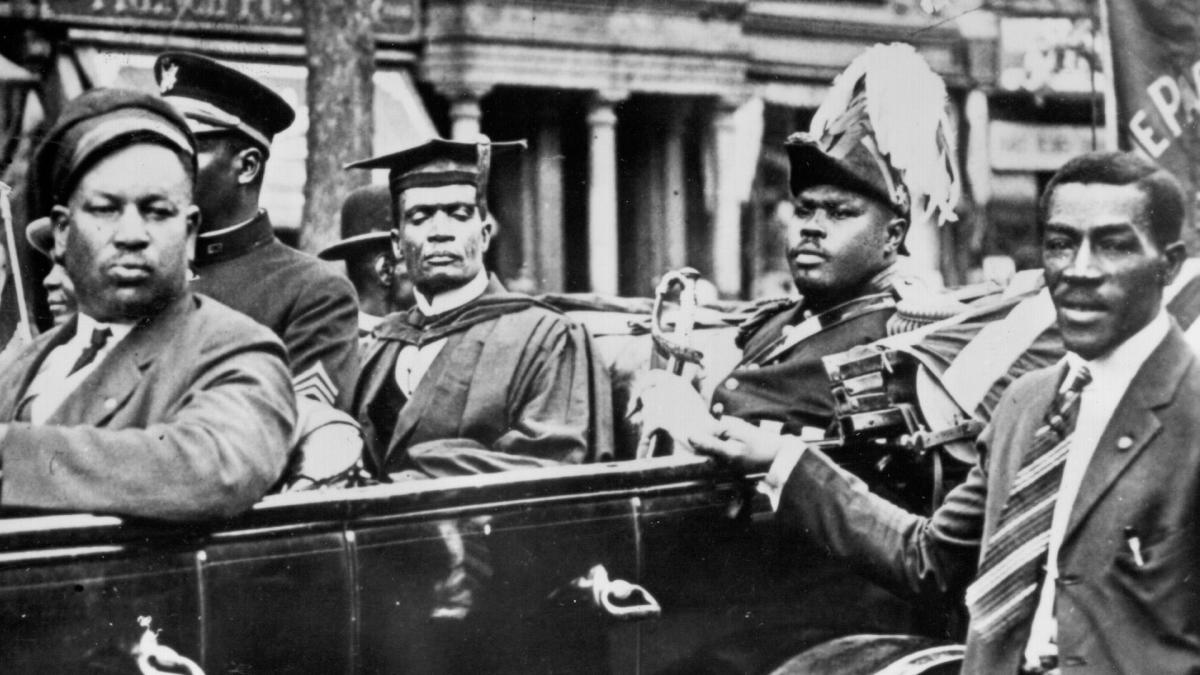 A brief overview of African-American History as taught in our public schools currently would read off something like this: slavery, civil rights, Obama. The amazing breadth of our history in America has been reduced to mere murmurs and hearsay, things your Nana might tell you about or things you might happen to read in one of those dusty books in your father’s library. Our history scares those who wish to continue our marginalization, so it’s been buried in plain sight, not denied but never spoken about.

One piece of our history which should be taught in our schools and to our children is that of Marcus Mosiah Garvey. Pan-Africanism, Black Nationalism, uniting the African Diaspora; these concepts cannot be clearly defined without mentioning Marcus Garvey. Garvey was the founder of the Universal Negro Improvement Association and African Communities League, an organization that at its height boasted a membership of 4 million. This organization spread the tenets of Black Nationalism across the globe, causing dozens of auxiliary organizations to sprout, raising the consciousness of African peoples living outside of Africa. In 1920, the UNIA held a conference at Madison Square Garden. 25,000 Blacks from all over the world attended. It was the first time that any Black man had ever organized such a massive conference.

Garvey created The Black Star Line, a shipping company designed to transport products and eventually people throughout the African nations. He purchased ships and used this company to begin his Back-to-Africa movement. The ideals responsible for the creation of The Black Star Line were the beginnings of what would come to be known as Pan-Africanism, a movement continued through time by leaders like Julius Nyerere, Haile Selassie, Thomas Sankara, Kwame Nkrumah and Baba Jitu Weusi.

Garvey’s influence on modern Black consciousness cannot be denied. Schools all over the world have been named after him. The flag of the UNIA–the red, black and green–was adopted as the flag of Black Liberation. Malcolm X’s parents met one another at a UNIA convention. Martin Luther King once described Marcus Garvey as “the first man of color to lead and develop a mass movement.” The Moorish Science Temple of America, the Rastafarian Nation and even the Vietnamese Communist Revolutionary Ho Chi Minh all viewed Garvey as a prophet. Garvey’s fingerprints are on every facet of the Civil Rights Movement of the 50’s and 60’s. Any 20th century activist, freedom fighter or Black Nationalist has looked to Marcus Garvey for cultivated ideals and concepts. Black Nationalism was the most revolutionary concept to be introduced to Black minds during the 20th century and Marcus Garvey is the seed from which the root of Black awareness still continues to grow and develop.

He should be taught in our public schools.

A Black man born in the late 1880’s who lived in St. Ann’s, Costa Rica, Panama, Kingston, London and America all before he turned 30, a global citizen who had the fortune to bear witness to the effects of the African Diaspora in person, an immigrant who came to America and built businesses, organizations and an entire movement from his mind and his bare hands, Marcus Mosiah Garvey’s life is an entire education about the world at the turn of the 20th century. He matters, and our children need to know who he is and why he is revered.