Women Fight Back by Running the Race
Advertisement 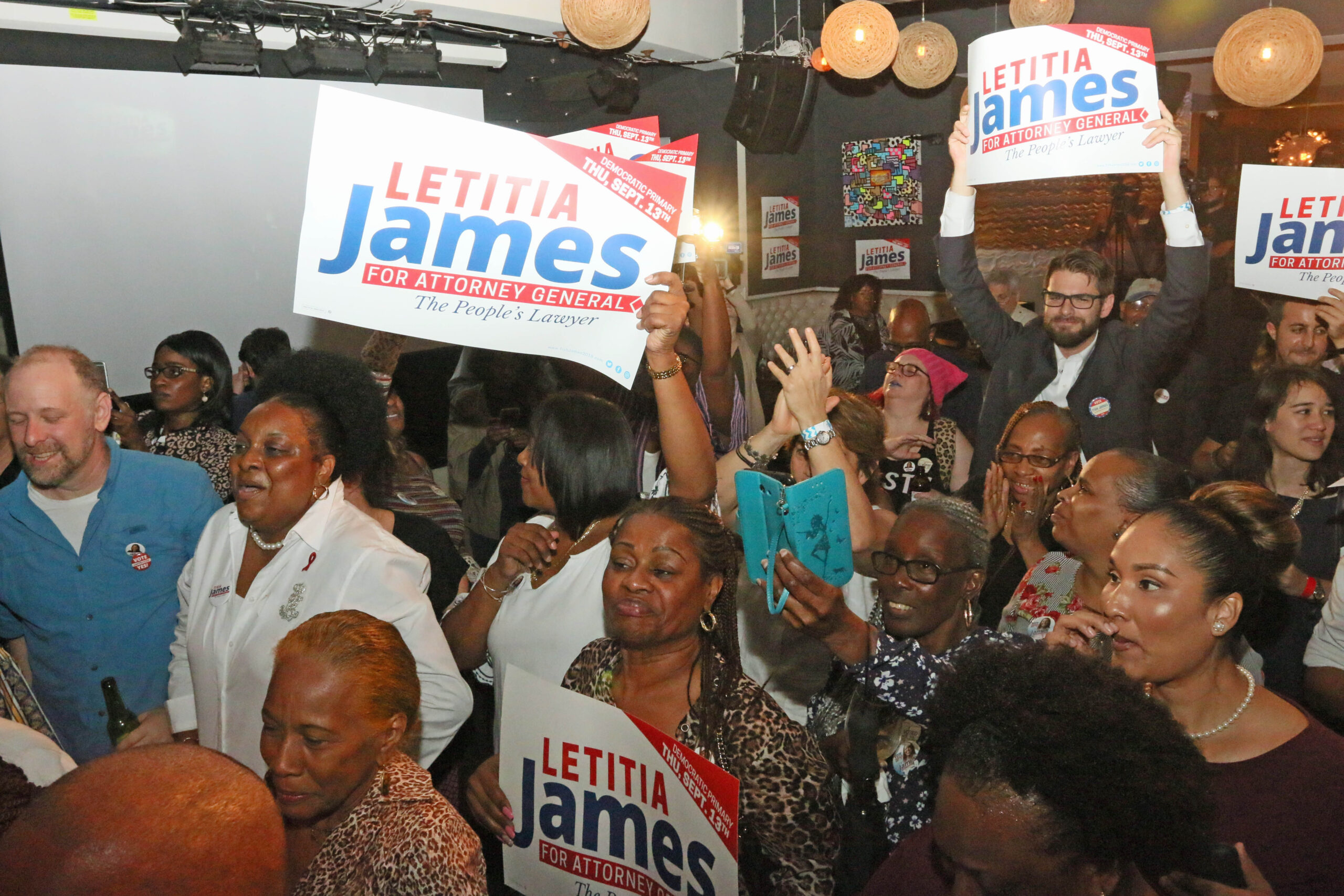 Caveats aside, it’s still historic! The indisputable truth is that 256 women have won Congressional primaries across the nation and are on the ballot in November—234 in the House of Representatives and 22 in the U.S. Senate. The closest we’ve come to this is… nowhere. Many women candidates say they are fed up with an insulting and injurious administration affecting their lives from a house on a hill. They’re ready to occupy.

Not all of these women are new; some are incumbents, but more are first-time trailblazers. Not all of them are projected to win. Some are running in districts not favorable for their party; others face contests with men long-entrenched in the seat. And CNN estimated that if all the women with favorable odds running for the House were successful in their districts, women would gain only six additional seats, bringing the numbers to 90 women and 345 men. Meanwhile, women make up more than 50 percent of the population, according to the most recent census.

Clearly, political power in Washington is centered with white men, most of whom appear to have little impetus to make their club less insular. However, sexism, racism and classism likely have less to do with keeping Capitol Hill white and male than that other “ism” – nepotism. Elected officials comprise a small number of people in the district. Deputy directors and other high-level assistants, along with aides, clerks and secretaries, run the overall works.

But white people also fill these jobs overwhelmingly. In order to get a foot in the door, you have to know that a job does or will exist and who can get you an interview. But for as long as there’s been a Congress, this access has been granted to a friend’s son or a colleague’s nephew, for example. This has clearly not operated to the benefit of women, least of all Black women.

And although there are those (comparatively rare) women not working in government as office assistants, but who were elected to serve, many among the new crew of candidates are running against them as well. They seek to replace women officials not pushing back against the president and his policies. Abortion rights, health care, workplace inequality and the president’s denigration of and self-confessed predatory behavior are some of the things on their minds.

Democratic women are making more inroads, winning primaries at rates significantly higher than their Republican counterparts. Some political observers have questioned that party’s level of enthusiasm for supporting their women candidates. There are currently more than three times as many Democratic women serving in Congress than Republican women. In addition, not all districts have a majority of women backing the party’s line and Republican adherence to all things Trump may have damaged the brand. Some red state women are likely to vote for a Democrat – male or female – seeing a need for change as more immediate than party loyalty.

Two women who currently hold Senate seats have weighed in on the new wave of candidates.

Senator Kamala Harris told the Rev. Al Sharpton that she’s ready for it.

“Folks are fed up and realizing that they are willing to make the sacrifice and have the courage to put themselves out there. They don’t see leaders in their communities and they are preparing to lead – and that’s exciting!”

New York Senator Kirsten Gillibrand, running as an incumbent, said in a recent TV interview that motivating many new candidates is, “protest, anger, frustration and determination to protect their families.” She also mentions, “the fact that Donald Trump has been accused by multiple women of sexual assault and sexual harassment has infuriated women enough to do something they might otherwise have not done – taking the risk to actually run for office.”

And it is a risk. Women candidates open themselves up for a rough ride. They are scrutinized more closely and criticized for their looks, their dress, what they say and how they say it. A candidate told the story on a recent radio show of showing up to a campaign event where she was dressed appropriately, but her male opponent showed up in cutoff shorts and a sleeveless shirt showcasing his numerous tattoos. The press, she said, corroborated the general sense that he was a real, regular guy – an asset. She wonders what would have been said if she’d done the same. She believes she’d be criticized as less than serious, exercising poor judgment and offending the people she seeks to serve.

But if Donald Trump deserves credit for anything, it can be said that he inspired a lot of women to step up, brave the difficulties and the injustices, and represent for the many not willing to take it anymore. Whatever happens in November, that looks like progress to many political observers.

Cosby’s In Jail, A 3rd Kavanaugh Accuser Comes Forth, A 4th is in the Wings

How Hard Can This Be? Anita Hill to Judiciary Committee