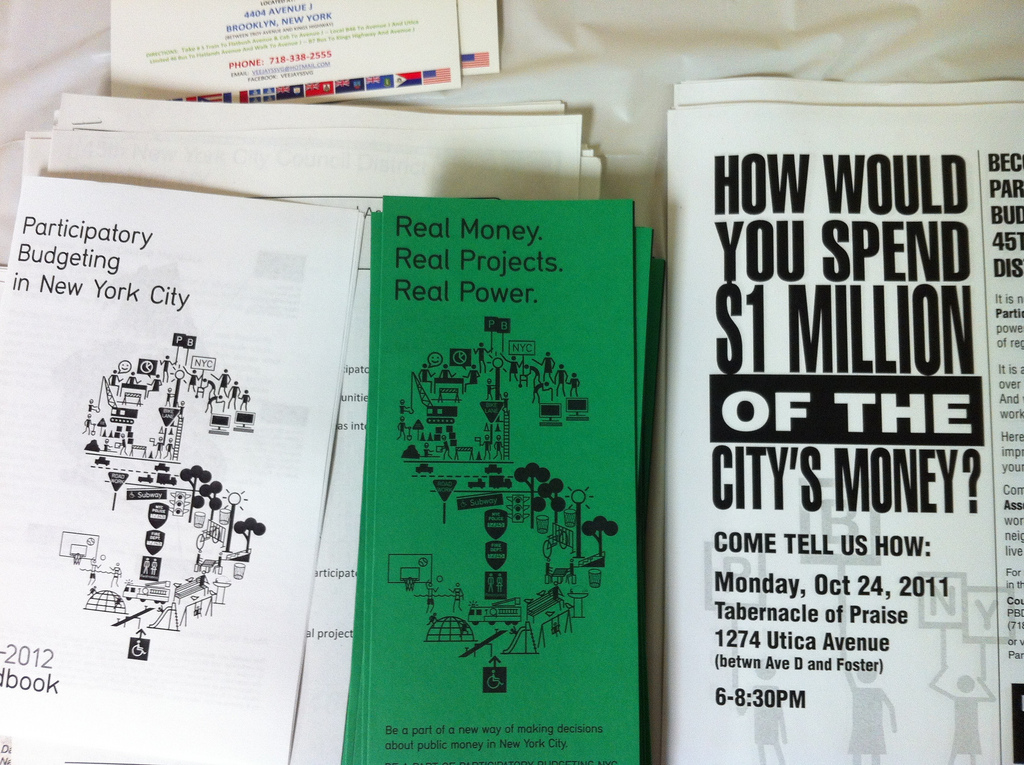 Brooklyn Borough President Eric L. Adams announced on Tuesday the impact of his $1 million capital budget investment in Fiscal Year 2019 (FY19) of participatory budgeting (PB), a democratic process in which local residents directly decide how to spend part of a public budget, which increased the number of community-driven projects funded in council districts that encompass more than 60 percent of Brooklyn. Tens of thousands of Brooklyn residents cast ballots at locations across the borough — including at Brooklyn Borough Hall — during the 2018-2019 participatory budgeting cycle voting period, which took place between Saturday, April 7th and Sunday, April 15th. Borough President Adams’ $1 million contribution was apportioned equally to winning projects from the votes conducted by the 10 council members in the borough who are participating in PB this year.

This year’s voting cycle expanded the reach to more Brooklynites as votes could be cast online at locations across the borough and at LinkNYC kiosks. Borough President Adams highlighted how the continued growth of PB in Brooklyn is helping to advance the causes of civic engagement, fiscal transparency and good government throughout the city.

“Participatory budgeting is bringing democracy back to our communities, empowering individuals to make decisions on what gets funded at the hyperlocal level,” said Borough President Adams. “I thank all of the council members participating in this year’s process for their continued commitment to amplifying the voices of Brooklynites so our constituents have a direct say in where their taxpayer dollars get spent. From school technology to street safety, this year’s funded projects reflect that all Brooklynites seek safer places to raise healthy children and families. Let’s continue to advance these shared priorities and get more people involved in the PB process so that everyone has a stake in Brooklyn’s future.”

A map of winning projects and full voting results by district can be viewed at pbnyc.org.