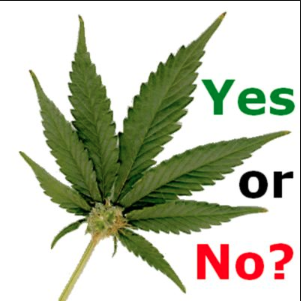 “The grandchild of stop-and-frisk is marijuana arrests based on race”, said the Rev. Al Sharpton at a City Council hearing on Monday, May 14th. Many gathered were in agreement, including Council Speaker Corey Johnson, who will collaborate with Sharpton on remedies for the inequities in marijuana sentencing in New York City.

“We have to make sure that those communities that have been harmed and devastated by marijuana arrests get the first shot at this industry. We prioritize them in terms of licenses. It’s a form of reparations.” Gubernatorial candidate Cynthia Nixon

At the attending press conference, Sharpton and Johnson advocated for summonses over arrests for low-level possession, though making the point that racial disparities in policing would have to be curtailed as well.
“The numbers don’t make any sense,” Johnson said. “They don’t match, you go precinct by precinct, call by call, and the numbers don’t add up. It made me angry to see that.”

Mayor de Blasio, though reluctant to commit to real reform until recently, is changing his tune rather than be drowned-out by the choir. “We must, and we will end unnecessary arrests and end disparity in enforcement,” de Blasio said. “It is time for those to be a thing of the past in New York City and all over this country.” The mayor says that although there were 100,000 fewer marijuana arrests than three years ago, the city can unquestionably do better. His new stance is of interest to The Drug Policy Alliance, which was on the receiving end of his derision last year. He disputed their report on the number of marijuana arrests, calling it ‘misleading,” only to be later confronted with roughly the same numbers. The Alliance has long advocated for attention to be paid to the racial disparities in marijuana arrests. The Council’s Black, Latino and Asian Caucus praised the show of solidarity by Johnson and Sharpton with communities of color who first sounded the alarm about the disparities.

“The work of the Council in highlighting the department is innate prejudice towards Blacks and Latinos was instrumental in prompting the subsequent policy overhaul announcement by the administration,” the caucus said in a statement.

Police Commissioner James OiNeill says the NYPD will get on board, announcing a 30-day working group review of marijuana enforcement. A diverse cross section of NYPD executive leadership will purportedly review procedures the NYPD follows. The group will also seek expert opinions outside of the force, advocacy organizations, the Mayor’s Office of Criminal Justice, nonprofit organizations and attorneys.

Black and brown people were nearly 10 times as likely to be arrested for possession in 2017, comprising 86% of arrests, according to the NYPD’s own data. National data has been reported to show that there is equal marijuana use among the races. O’Neill chose a dose of denial saying, “The NYPD does not target people based on race or other demographics. Among the reasons for enforcement are officer observations and community complaints received from 911 and 311 calls.” But according to the New York Times, the Daily News and POLITICO, the majority of marijuana arrests don’t happen where the largest number of 911 and 311 complaints are made.

And there is wider movement on the marijuana legalization front. Governor Cuomo announced a study to look into the issue and City Comptroller Scott Stringer recently released an estimation of a potential $3.1 billion adult-use marijuana market for New York State, including a $1.1 billion New York City market. He also said that the city could realize $336 million in tax revenue from legalizing adult-use marijuana on top of $436 million for the state.

Gubernatorial candidate Cynthia Nixon also supports legalizing marijuana and has gone a step ñ a big step ñ further in asserting that the marijuana industry in New York should be under the control of Black people. She made her case to a crowd gathered in Union Square for the NYC Cannabis Parade on May 5th.
“Now that cannabis is exploding as an industry,” said Nixon, “we have to make sure that those communities that have been harmed and devastated by marijuana arrests get the first shot at this industry. We prioritize them in terms of licenses. It’s a form of reparations.” In April, Nixon had announced marijuana legalization as her first policy commitment, a position with which 62 percent of New Yorkers agree. At that time, she’d said, “Arresting people particularly people of color for cannabis is the crown jewel in the racist war on drugs and we must pluck it down,” she said. “We must expunge people’s records; we must get people out of prison. The use of marijuana has been effectively legal for white people for a really long time,” says Nixon.

Oakland, California’s history-making equity program gives first dibs on marijuana business licenses to people who had been convicted of possession. And a statewide equity program in Massachusetts also helps these entrepreneurs to raise money for their start-ups. Governor Phil Murphy of New Jersey is also taking a serious look at the issue.