Why We All Should Support the Test
Advertisement 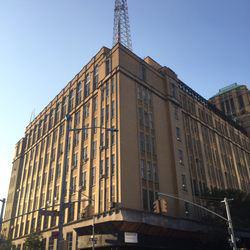 On October 26, approximately 28,000 students will sit for the Specialized High School Admissions Test. The test is given annually, and every eighth- and ninth-grade student in the city is eligible to take it. Much has been discussed regarding the exam and the low numbers of Black and Brown children being admitted to Specialized High Schools each year. Some have called for the removal of the test completely, while others have maintained that it is how different cultures approach the test that results in the skewed demographics of admission and not a result of the test itself.

I took the Specialized High School Test in 1987. At the time, I was an eighth-grader in Satellite East JHS, a Gifted and Talented school. The Gifted and Talented schools throughout Brooklyn served as incubators, in a sense, for the city’s children to be prepared for a science and technology education. We were taught a curriculum that aligned with the test, a heavy emphasis on math and English. We were prepped for the test. As a result, I was admitted to Brooklyn Technical High School in 1988. When I entered Tech, Tech was approximately 38% Black and 25% Latino. Black and Brown children were being admitted to Specialized High Schools at rates proportional to the percentage of us in NYC schools as a whole because we relied on the Gifted and Talented programs to prepare us for the test.

The decline in Black and Brown students entering Specialized High Schools can be linked directly with the decline in Gifted and Talented programs in NYC schools. The removal of the programs created a void of preparation for Black and Brown students. Furthermore, many schools in our communities simply stopped offering their students the opportunity to take the test altogether. In 2016, I had a conversation with a Black student at Brooklyn Tech. He stated that in his junior high school the guidance counselor told him that taking the SHSAT was a “luxury, not a requirement.” The SHSAT is available for every eighth- and ninth-grader in the city to take. It is not a luxury at all. Such a comment certainly denotes that systemic prejudice is another possible factor in terms of the decline in numbers. Although NYC schools are populated more by Black students than by Asian students, more Asian students take the SHSAT than Black students. This means that Black students either aren’t being made to take the test from their schools or from their parents, who may know little, if anything, about the test.

While a void was created from the loss of Gifted and Talented programs, the Asian community filled that void with prep courses aimed at preparing their children for the test. Culturally, the Asian community views the test and subsequent admission to a Specialized High School as a necessary pipeline to higher education and realized success. As many of the students are first- or second-generation American, the opportunities that going to a Specialized High School can bring to the family are well-understood. And so, families spend time and resources ensuring that their children are able to pass the test and begin on that pipeline to the American dream.

Over the next two weeks, I will introduce you to two amazing SHSAT test prep programs in Brooklyn, working to prepare our Black and Brown children to take and pass the SHSAT. These educators are filling the void left from the Gifted and Talented programs and pouring inspiration and guidance into our children while preparing them for the test. And it’s working. AdmissionSquad and Navigate the Maze are, together, responsible for over 80 students in the past three years being accepted into Specialized High Schools. While that number may not seem like a lot at first, know that it’s only the beginning.

I support the SHSAT and think that it’s important for our children to be made to take the exam. Preparing our kids for excellence will never yield bad results. Our children should know that the road to success is paved with discipline, consistency, commitment and adversity. Preparing them for this test is preparing them for life, and pass or fail, they will learn life lessons in the preparation process. The idea that the SHSAT should for whatever reason be scrapped is an affront to our community. It says that the test should be removed because we aren’t good enough to defeat it. That’s not the mind-set I wish to promote in our communities. I don’t believe that, and over the next two weeks, I am going to introduce you to two women who also don’t believe that.

Next week, I will introduce you to Tai Abrams, founder of AdmissionSquad. As a graduate of Bronx HS of Science, she knows firsthand the importance of the test and the opportunities afforded to Specialized High School students. After that, I will introduce you to Allison Shillingford, founder of Navigate the Maze to Achievement. After spending years helping families and students enter the best independent schools in NYC, she realized that her work was needed in the Specialized High Schools, and she answered the call.